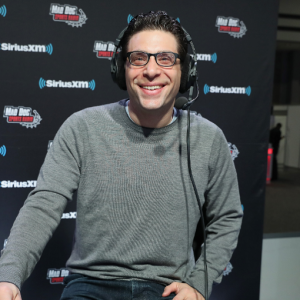 Adan Schein is an American radio and TV sportscaster who hosts Time to Schein weeknights at 6 pm EST on CBS Sports Network. Also, he hosts That Other Pregame Show and NFL Monday QB on the CBS Sports Network. Furthermore, is a columnist for NFL.com and has been with the website since 2012.

Adam Schein has an estimated net worth of $2 million as of 2020. The significant source of income is his two-decade-long service in sports journalism.

Adam is currently under a four-year extension contract with Sirius where he hosts a daily sports-talk show, "Schein on Sports," from 10 a.m-1 p.m. on Sirius XM's "Mad Dog" radio. Also, he serves at That Other Pregame Show and NFL Monday QB.

A Radio or Television Announcer will normally receive a salary somewhere $60,000. Hence, he has a role at the various stations, he annually makes over $200,000 from his hosting career.

Adam Schein is a married man. He tied the knot with his Katie in an intimate ceremony. The information regarding their marriage date and venue is yet to come out in the public. 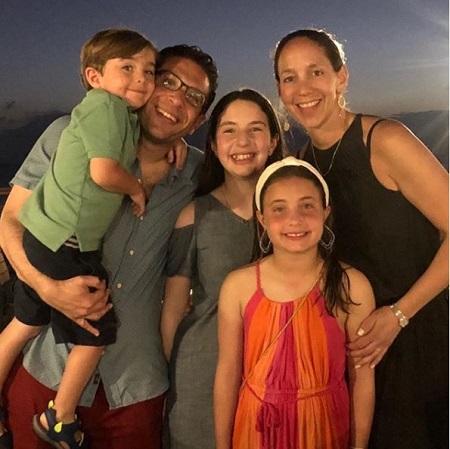 Schein and Katie share three children:  daughters, Jolie and Maya, and a son, Theo.  Schein often shares his family pictures via his IG. Though the low key, Schein's family seems to be very happy. To date, there is no news and rumors of divorce and extramarital affairs in their married life.

Born to American parents, Adam grew up alongside his brother. Adam remembers, when he was in elementary school, he sat in front of the TV with a game on. He had a microphone attached to an old cassette player, sitting crossed leg in his family’s den, he would have the volume turned low or completely off and would announce the games.

In 2013, he became the host of That Other Pregame Show on CBS Sports Network. The year before, he was named a columnist for NFL.com and has been with the website since 2012.

In August 2015, he became the host of Inside the NFL on Showtime, working alongside Phil Simms, Boomer Esiason, and Brandon Marshall.