The resident of Greater New York City Area, Adam Schefter, reportedly earns around $1.2 million, as his yearly salary from the network, and as of 2018, he reportedly has an estimated net worth of over $4 million. He is currently married to his longtime girlfriend Sharri Maio and has two children with her, a step-son named Devon and a daughter named Dylan and they are a happy family.

Adam Schefter was born on December 21, 1966, in Valley Stream, New York. He holds an American nationality and belongs to White ethnic group.

Adam Schefter after graduating from John F. Kennedy High School joined the University of Michigan and completed his Bachelor’s degree in 1989 and he joined Medill School of Journalism and acquired his Master’s degree.

Schefter began his newspaper career as an editor at The Michigan Daily. He also worked as a freelance reporter for the Chicago Tribune. He was an intern for the Seattle Post-Intelligencer in June 1990 and then he moved to Denver the same year and started writing for the Rocky Mountain News and then in The Denver Post in July 1996.

Schefter worked on ESPN’s The Sports Reporters and he also appeared five times as a substitute for Woody Paige on ESPN’s Around the Horn. Then he joined the NFL Network in 2004 and he started working for NFL Total Access. In 2008 he appeared twice on NBC.

Why Monday night’s game was moved from Mexico City to Los Angeles.

Schefter became a football analyst for ESPN in 2009 and he started appearing on-air on August 17, 2009. He also started on ESPN as a sideline reporter in 2017  and his first assignment was a  game between New York Knicks and Oklahoma City Thunder.

Adam Schefter Net worth and Salary

The American sportscaster/anchor Adam Schefter has an estimated net worth of $4 million. As of 2018, the reporter receives an annual salary of $1.2 million from his successful reporting career with NFL Network.

Schefter is married to Sharri Maio in 2007 whom he met on a blind date in 2006. His wife Maio, is a widow to the 9/11 victim Joseph Maio who was killed in the World Trade Center attacks. He is very active in social media having 7.22 million followers on Twitter and 316k followers on Instagram. 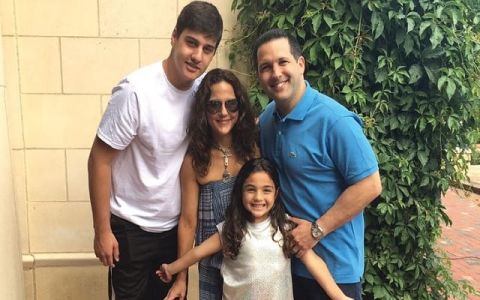 Schefter is 5 ft. 8 inches in height and his weight is 80kg. He has black hair and he has brown eyes.

Schefter was caught in a controversy when he tweeted a medical chart photo that showed footballer Jason Pierre-Paul had his right index finger amputated. Schefter was sued by Pierre-Paul for the breach of privacy in September 2016.

Schefter name was also included in the Sports Illustrated Top 40 personalities of NFL. He was awarded as the Most Influential Tweeter in New York by New York magazine and also Best Newsbreaker by the sports media website and Media Person of the Year by SI.com. He was voted USA Today’s best “insider” three times since 2009.