Adam Masina is a professional football player based in Morocco who currently plays for Italian Serie A club Udinese. Being a native of Morocco, Masina plays for the national football team of Morocco at the international level.

Further, Masina's main position is a left-back, and his jersey number is 3. More to this, Masina is recognized in particular for his technique, physicality, and energy. As we know, he has dual nationality and has also played for the U21 Italian team.

The professional athlete makes a good sum of money from being a footballer, and his contract with his current club is pretty impressive. According to Transfermrkt, Masina received a whopping fee of €5.00m when he came to Udinese. 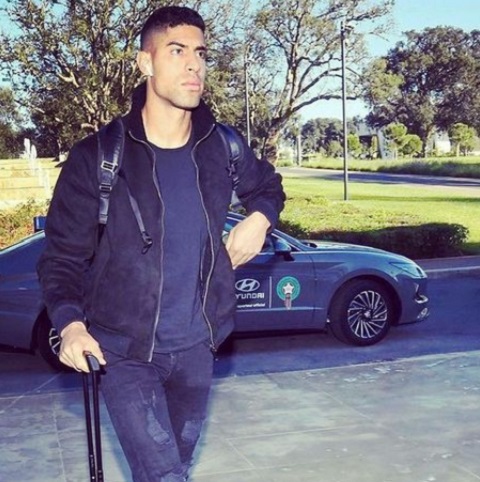 So, he might be receiving a fair salary, but the amount of his exact salary is missing from the web. Likewise, his current market value is €3.00m, while the highest figure was €7.00m on June 7, 2018. So, being active in this sport for many years, Masina has already played for some teams and added a huge fortune to his bank account.

As Masina is a professional footballer, he may have worked with some sports brands. As per some online sources, Masina's net worth is around $1 million to $5 million.

Love Affair: Does Masina Have A Girlfriend?

Masina is a private person who likes to keep his personal details away from the media. So, the professional footballer has not talked anything about it openly. But on November 26, 2016, he posted an image with a lady on Instagram who appeared to be his girlfriend.

In the post, Masina wrote, "If we change our attitude towards things, we could risk really changing them." However, it is unknown whether the lady is his girlfriend or not. So, there is not much information about his love life. Adam Masina appears to be having a girlfriend SOURCE: Instagram @adammasina

He talked about his life in an interview, and once, he mentioned that Masina had a daughter named Isabelle. It can be said that Masina may be living a low-key life.

Since 2001, Masina has been playing football professionally. His early career was with Bologna and Giacomense. During his senior year at Bologna, Masina made 131 game appearances and also scored four goals. In the 2012-13 season, Masina was loaned to Giacomense and represented the team in 11 games.

On July 2, 2018, Masina got signed to English side Watford for a five-year deal. Playing for Watford, Masina appeared in 80 games and also scored three goals. And on July 18, 2022, Masina moved to play for the Italian club Udinese. 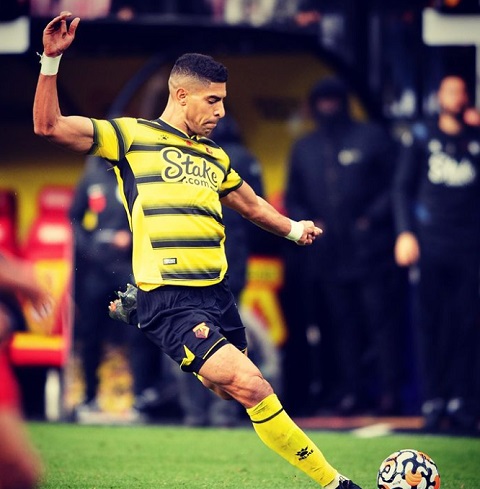 Adam Masina plays as a left back SOURCE: Instagram @adammasina

Likewise, Masina is a national player who represented the youth team of Italy, and now, he plays for the national football team of Morocco.

Adam Masina was born to his parents on January 2, 1994, in Khouribga, Morocco. Moreover, he holds dual nationality from Italy and Morocco. In an interview, Masina said his mother passed away when he was very young.

However, there is significantly less information about his family background, but some sites have claimed that he also has a brother.