Adam Long is an American professional golfer who is known prominently for winning the 2019 PGA Tour event, the Desert Classic.

The son of Gordon and Jane, Long was born in New Orleans on September 25, 1987, but mostly grew up in St. Louis, Missouri. The 2006 graduate of Francis Howell High School was selected to the All-State All-Metro team for four years. Two years after high school, he won the Metropolitan Amateur Championship, a non-professional yet coveted title in St Luis.

Long started his collegiate career in 2006 with Duke University. As a freshman, he was second on the team in stroke average (72.9) and had two top 10 finishes on his way to earning an All ACC team selection. During his sophomore year, he finished top 10 three times and also went to break the school's 54-hole record with a score of 208(-8) at the Coca-Cola Duke Golf Classic. In 2008 he led the Blue Devils in stroke average (73.0) and was named to a Ping All-East Selection. 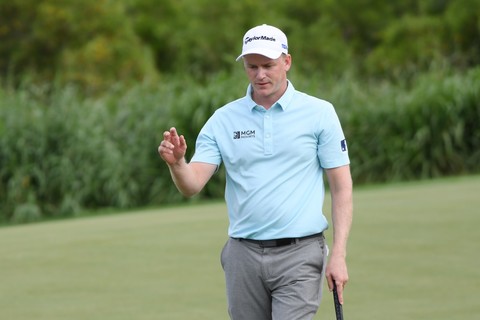 Adam Long played on different smaller tours like the NGA Hooters Tour and the eGolf Tour before earning status in 2014 on the PGA Tour Canada. SOURCE: PGA World

He finished his collegiate career ranking second in Duke's history in stroke average and earned All ACC Academic honors for two seasons. After graduating from Duke in 2010 with a degree in Sociology, Long played on different smaller tours like the NGA Hooters Tour and the eGolf Tour before earning status in 2014 on the PGA Tour Canada. In 2012, he played in 17 events on the Korn Ferry Tour. Two years later, Adam made 10 starts on the PGA Tour Canada.

In those starts, he finished T2 and T8 at the Great Waterway Classic and the Cape Breton Celtic Classic respectively. From 2015-2017, Long played in 79 events on the Korn Ferry Tour, finishing 7 times inside the top 10 including a second position at the 2015 United Leasing & Finance Championship. The next year, he earned his PGA Tour card. He did so by scoring four top 10 results and a runner-up at the Lincoln Land Championship along with a T4 finish at the Ellie Mae Classic.

He made his PGA Tour debut in 2019 and won that year's Desert Classic with a score of 26 under par, beating out Phil Mickelson and Adam Hadwin in a close finish. A few months later, he finished T10 at the Arnold Palmer Invitational. He finished 69th at the end of the Tour and was qualified for the FedEx Cup Playoffs. In 2020, he finished tied for runner-up at the Mayakoba Golf Classic to Brendon Todd, solo 8th and 2nd place at the Phoenix Open and 3M Open (respectively) - the latter behind Michael Thompson. As of May 2021, the Francis Howell alum has made the cuts in 9 PGA Tour events (season 2020-21) with two top 10 finishes.

Adam Long's Net Worth. How Much Has He Earned To Date?

Long has been making cuts since 2015 Korn Ferry Tournaments (those which have been documented). He made over $115k from competing at the 2014-15 KFT events. The following season, he made close to $80k from 12 cuts out of 24 Korn Ferry Tournaments. His earnings increased significantly in the next season when he grossed beyond $127,000 - being eligible for the payouts in a total of 15 competitions. 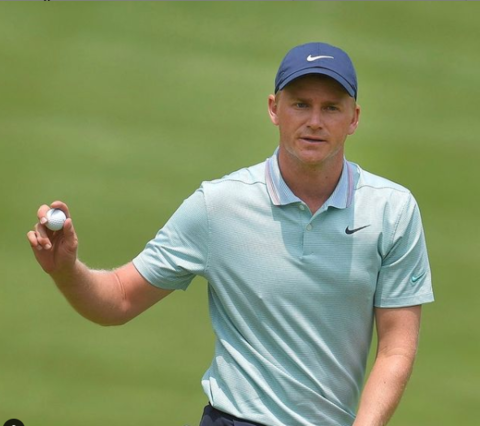 Adam Long has earned over $5million from his pro golf career since turning pro in 2010 SOURCE: Instagram

Long has been documented of amassing just ahead of $5million from his golf career - counting only the payouts cashes. As such his fortune could very well be in the bracket of $2-3million.

In addition, his sponsorship deals might also be contributing to him with a steady cash flow - ultimately adding numbers to his established net worth.

Adam Long's Wife? Who Is He Married To? Other Facts

Adam is married to his wife, Emily Armstrong Long. She is a Nurse Anesthetist from Florida. Long and Emily married on January 7, 2018. Together, they share a son, Trevor Wilson Long, born, April 30, 2020. Long's wife, Emily studied Nurse Anesthesia (CRNA) at Goldfarb School of Nursing at Barnes-Jewish College (St. Luis, Missouri) from 2015-2017. She also attended Washington University in St. Luis. 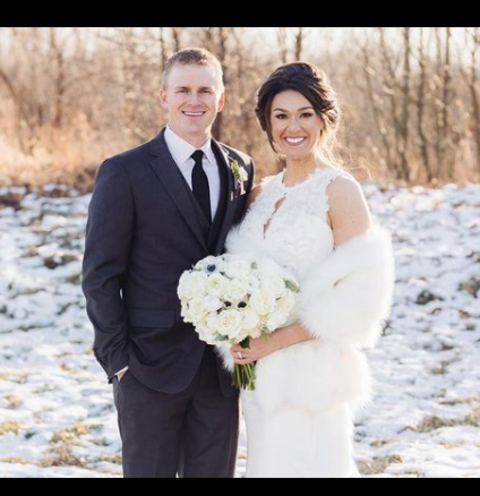 Long and Emily have been together since 2012. The same year they also started appearing as a pair - evident from their Facebook pictures taken in London and several other holiday locations.

Long initially thought of pursuing a career in ice hockey but later turned to golf after succumbing to a leg injury in high school.