Adam Cimber is an American Professional Baseball player who plays in the Major League Baseball (MLB). As of 2019 Adam Cimber currently plays for the Cleveland Indians as their pitcher. Previously, Adam Cimber has played for San Diego Padres.

Adam Cimber reportedly earns around in the range of $563,800 as his yearly salary from Cleveland Indians. Further, he has an estimated net worth of around $1 million. Additionally, he is married to his long term girlfriend turned wife, Lauren Cimber.

Who is Adam Cimber's Wife?

According to the sources, Adam Cimber is married to his beautiful and adorable wife, Lauren Cimber. Also, Adam Cimber dated his girlfriend Lauren for quite a long time and tied a knot with her in November 2018. The baseball player looks extremely happy and satisfied with their wedding. They went to Hawaii for their honeymoon. 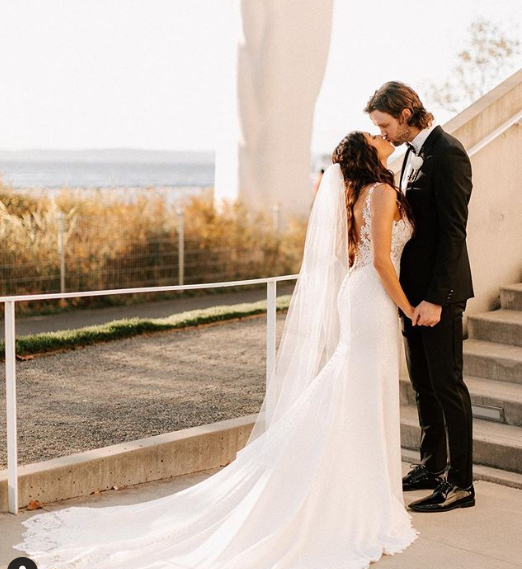 Despite being in a relationship for long, they are yet to be a parent. However, they might be thinking to start a new journey of life, experiencing parenthood very soon.

Besides that Adam Cimber is a pet-loving person.

What is his Height and Weight?

Talking about his body measurements, Adam Cimber has a height of 1.91 m and a weight of 82 kg.

Adam Cimber Net Worth and Salary 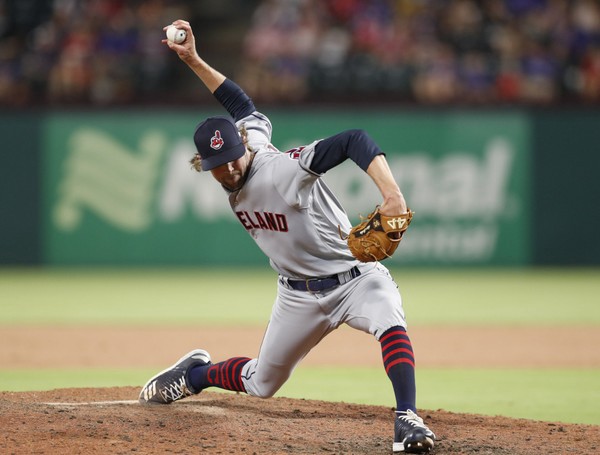 Reportedly, he is a player who earns a salary as a pre-arbitration player with the reference to his service time in MLB, similar to Tyler Glasnow. In particular, the players under the pre-arbitration contract earns around MBL's basic salary. Further, in 2019, he earns $575,000 as a luxury Tax salary from Cleveland Indians.

The MLB Player Adam Cimber also earns a good amount of money from different sponsorships and endorsement deals, helping him to add an amount to his current net worth.

Adam Cimber was born on August 15, 1990, in Portland, Oregon to parents Russ Cimber and Lori Cimber. As per his nationality, he is American and belongs to the White ethnic group. Further, his star sign is Leo.

He enrolled at the University of Washington where he played college baseball from 2010-2012, compiling a 9-8 record and 4.15 ERA in 73 appearances after graduating from Puyallup High School in Puyallup, Washington. He then transferred to San Francisco University where he spent the 2013 season, posting in 57 innings a 6-3 record and 3.74 ERA.

Cimber was drafted in the ninth round of the 2013 MLB Draft by the San Diego Padres. Cimber made the 2018 Opening Day roster for San Diego, and on March 29, 2018, he made his major league debut. On July 19, 2018, Cimber and Brad Hand were traded for Francisco Mejía to the Cleveland Indians.