Archuleta, reportedly earns around $500,000, as his yearly salary from the network, and as of 2019, he reportedly has an estimated net worth of over $10 million. He is currently married to his girlfriend Jennifer Walcott and has a son named Jett James Archuleta.

Adam Archuleta Net worth and Salary

The American sportscaster and former NFL player Adam Jason Archuleta has an estimated net worth of $10 million, as of 2019. He receives an annual salary of $500,000 from his successful reporting career with CBS Network.

During his playing career, he signed a $7 million rookie-contract with the Rams for five years with a $3 million signing bonus. He made the annual earnings of about $1.4 million during that time.

He was then traded by Redskins that made him the highest-paid security in NFL history by signing a six-year $30 million contract on 14 March 2006 including $10 million in guaranteed. However, the contract was terminated after a year which earned only the guaranteed $10 million for Archuleta.

After leaving Redskins, Adam signed a three-year contract worth $8.1 million with the Chicago Bears but due to his unimpressive performance, he was waived by Bears paying him $5.1 million. He made the career earnings of about $20 million during his playing career.

Apart from his playing career, he earned a quite good amount of money from his broadcasting career as he is working for some of the reputed organizations.

Adam is a married man. he tied the knot with girlfriend, Jennifer Walcott on 23rd March 2010. Their affair started in 2005 after they met in Las Vegas at a friend's party.

They exchanged the wedding vows in Cabos San Lucas and the reception was followed by Land’s End Room at the Esperanza Resort. The body of the ivory tulle ball of the bride was encrusted with beading.

They went to the Maldive Islands for their honeymoon.

His wife, Jennifer is glamour model and actress who is most notable as Playboy magazine's Playmate of the Month for August 2001.

What's more, the pair together have a child, a son, born on April 10, 2008. The following years, the family was featured on an episode of Football Wives on E! True Hollywood Story.

So far they are living a happy married life since there are no rumors about their divorce and separation.

Adam Archuleta was born on November 27, 1977, in Rock Springs, Wyoming, the United States to Albert Archuleta and Vange Archuleta. He holds an American nationality and belongs to the White ethnic group.

Adam completed his early education from Chandler High School. After completing high school, he attended Arizona State University and completed his Bachelor's from there,

Besides, he also played football for the University in the position of linebacker.

Adam started his playing career with the St. Louis in the 2001 NFL Draft. Later, he played for several other clubs including the Washington Redskins, Chicago Bears, and Oakland Raiders in the position of the linebacker. 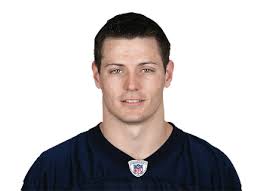 Besides playing career, he served as a sports analyst for ESPN, FOX and currently working for the CBS network. He worked alongside Andrew Catalon in 2013 for NFL on CBS and later worked alongside Tom McCarthy for the 2014-16 season, and for 2017-18 season alongside Spero Dedes.