Iranian-born Abolfazl Jalali is a defender for the Iranian club Esteghlal, an Iranian football club based in the capital Tehran which participates in the Persian Gulf Pro League. The Esteghlal team also competes in AFC Champions League. Joining the club on August 31, 2021, Jalali has been playing actively for the club, and at the time of this post, he has already made ten appearances for Esteghlal. Before that, he played for multiple teams.

Further, Jalali peaks at the height of 5 feet 10 inches, and he has also played as an inverted wing-back and as a defensive back. Not to mention, his preferred foot is left. Playing with various clubs, Jalali has participated in some tournaments such as Persian Gulf Pro League, Hazfi Cup, and AFC CL-Qualification. In his current club, Esteghlal, Jalali wears jersey number 33.

Born in 1998, Abolfazl Jalali is 24 years old as of 2022. He is a native of Amol, Iran and spent most of his early days there. Furthermore, Jalali lights his birthday candle on June 26 every year. Holding an Iranian nationality, Jalali stands at an average height of 5 feet 10 inches (1.77 m).

Coming into his early background, Jalali has kept his family details far from the public domain. Meanwhile, his parents are surely from Iran and have kept themselves away from the media due to privacy concerns.

Starting with his early career, Jalali played for Padideh S U19 in the 2016-17 season. On July 26, 2016, he left the team and went on to play for Saipa FC U19. So, Jalali made his debut for Saipa in the 12th fixtures of the 2018-19 Iran Pro League, playing in a match against Machine Sazi. In the respective game, Jalali came as a substitute for Moein Abbasian. 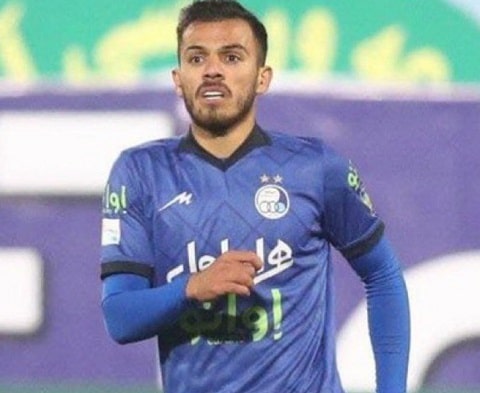 Furthermore, Jalali made 58 appearances for the team of Saipa and scored one goal. After spending some time with Saipa, he moved to Esteghlal Tehran in the 21st league transfers. Joining the club in 2021, he has already made over ten appearances and is still playing actively. For your information, he also helped his team to win Iran Pro League: 2021-22.

Salary and Net Worth Explored

On the other hand, Transfermrkt reports that his current market value is €250Th, and his highest value was €300Th on August 2, 2019. As we know, he previously played for some teams, and with them, Jalali had a decent transfer deal.

Meanwhile, Jalali joined Esteghlal FC on August 31, 2021, and with them, his contract was extended on July 13, 2022, which lasted till June 30, 2024. So, from his current team, Jalali may surely receive a fair salary. Apart from that, Jalali is associated with PIFA. His agent may have helped him work with brands. 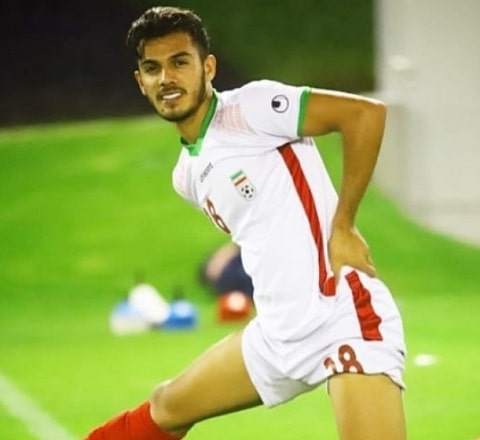 So, his income also gets an increase by working with some sports companies. As we know, there are many professional footballers who play for Esteghlal that have collaborated with renowned brands. Aref Gholami is also a footballer from Iran who now plays as a Center back / Defensive midfielder for Esteghlal.

Furthermore, Jalai is hardly open about his personal matter, and he does not expose anything to the tabloids. It may be due to privacy concerns, as he is highly aware of his privacy and does not want to get involved in unwanted rumours or controversies. 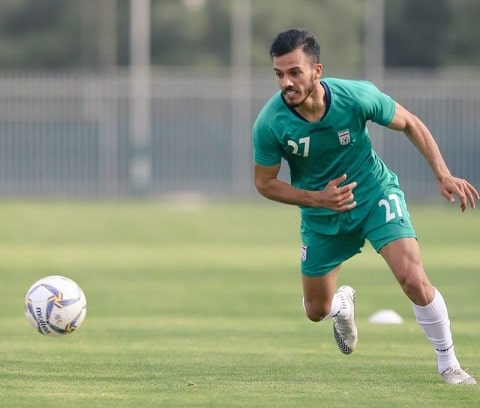 Abolfazl Jalali is one of the skilled Iranian football SOURCE: Twitter @GolBezan

So, it is believed that Jalali is leading a solitary life, and he is also at the peak point of his career. Rather than searching for a life partner, he may be highly focused on his career to make it more awesome.

As mentioned earlier, Jalali is a person who prefers to keep his life away from the limelight. So, he is not much active on any platforms. Also, we can't find his official accounts on Instagram and Twitter, but some of them have been created under his name, which appears to be a fake profile.

Moreover, we can get more details regarding his professional life by following multiple verified sources that update Jalali's career stats, earnings, and more.

Explore varieties of news, bio and gossip of popular sportspeople and celebrities here at Playerswiki