Abdulelah Al-Amri is a Saudi Arabian footballer who professionally plays as a center-back for Pro League club Al-Nassr. He is also a national player who plays for the Saudi Arabian national team. He wears jersey number 5 and has also played as a defender. In the 2020-21 season, he played an important role and made 22 appearances.

The Ta'if native has been playing actively for the team of Al-Nassr since signing a contract with them in 2017. His contract with the current squad expires on June 30, 2024, which was last extended on June 30, 2021. Besides that, Al-Amri is also a part of the national team before making his senior team debut. He represented the Saudi Arabia U-20 and Saudi Arabia U-23 teams.

Coming into his family background, Al-Amri grew up in a superior family. Due to the lack of information, Al-Amri's parents' details remain unknown. However, we can speculate that Al-Amri has received huge support from his father and mother.

Al-Amri played initially for Wej until 2015, and from 2015 to 2018, he was associated with Al-Nassr. Furthermore, his senior career started in 2017 with the team of Al-Nassr. With them, he made 51 appearances and scored six goals.

From 2018 to 2019, he went on a loan to another team called Al-Wehda. Representing the Al-Wehda team, he made 12 appearances and scored one goal. His contract with his current squad was last extended on June 30, 2021, and it expires on June 30, 2024. Apart from that, he is also a national player who has represented the Saudi Arabian national team at various levels. 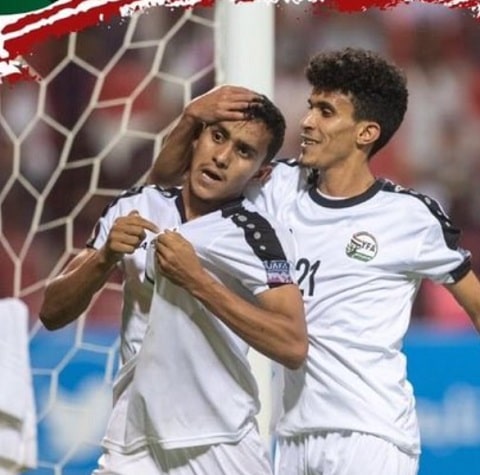 Moreover, his first international senior goal came on March 25, 2021, in a match against Kuwait. The respective game was held in Mrsool Park, Riyadh, Saudi Arabia. Being one of the most skilled players on his team, he has also earned some honors, including the Saudi Professional League Young Player of the Month: November 2020 and March 2021. Nawaf Al-Abed and Mohammad Al-Sahlawi also play for the Saudi Arabian national team.

Al-Amri is a professional football player, and his income mostly comes from being a footballer. According to Transfermrkt, Al-Amri's market value is €1.00m. Before that, he also played in other teams, and with them, he had fair deals.

Not to mention, Saudi Arabian footballer has an average salary of around $24333.99 per year and $11.71 per hour. So, from his current team, Al-Amri may earn in the same range. However, none of the media outlets have covered the details, due to which we are unable to share the actual amount. 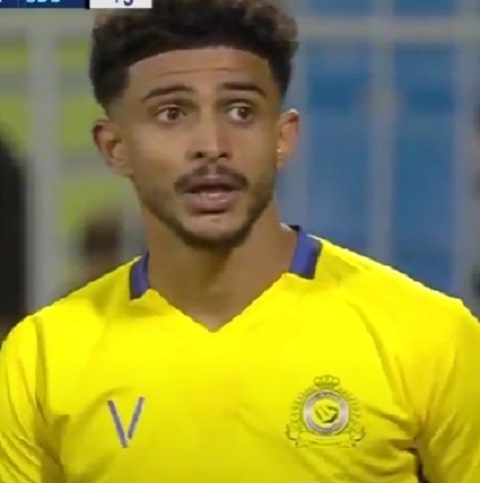 Abdulelah Al-Amri in one of his games SOURCE: YouTube @Bruno Villa Audiovisual

On the other hand, Al-Amri's net worth may be in the six figures as he has amassed a massive amount of money from being a footballer. Some online portals have claimed that Al-Amri's net value is around $500,000. No doubt, Al-Amri enjoys a quality life, and his earnings will also increase in the future.

Besides that, professional footballer also collaborates with various brands and companies. So, being a football player, Al-Amri may have got some brand endorsement which may have helped him earn more profit.

Coming into his love life, Al-Amri appears to be a single man who is mostly focused on his career rather than getting involved in a relationship. So, we are unknown about his girlfriend or wife. Al-Amri is highly aware of his privacy, and he has not mentioned anything about his personal life to the tabloids.

Due to his low-key nature, he has also not been involved in any rumors regarding his past affairs. So, it can also be said that Al-Amri has been leading a solitary life for a long time. Meanwhile, his fans and well-wishers are eager to know about his lover. So, he may give some updates in the future.

Moving onwards, Al-Amri is a private person, and he is currently not active on any social media platforms. We can't find his official profiles on Instagram and other platforms such as Twitter and Facebook. Apart from that, his news and further details can be found on multiple sites.

We can also get more facts about his career, goals and other stats going through sports websites.

Follow PlayersWiki To Learn More About Player's and Celebrities' News, Gossip, And More!!!