Abdulaziz Hatem is a Qatari professional footballer signed to AI Rayyan as a midfielder. A full international since 2009, he has been capped 95 times and scored 11 goals for the Qatar national team as of June 2022. He wears jersey No. 11, playing for his club and Sudanese descent.

How Much Is Abdulaziz Hatem's Net Worth In 2022? Salary & Market Value

Hatem has played professional football from a young age; as he was included in the Senior Qatar national team in 2009, he might have collected some decent earnings throughout his international career.

His current club AI Rayyan has not disclosed any information regarding his salary playing for the club, so his salary remains under the radar. He is expected to have approximately an estimated net worth of $1 million. 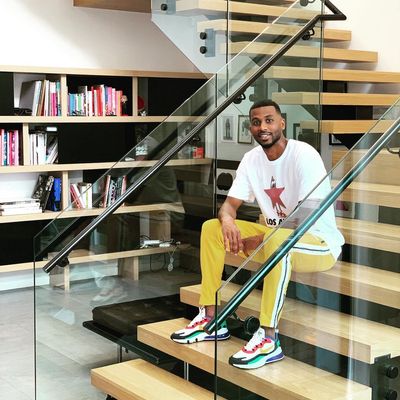 Hatem makes good earnings through endorsements deals and sponsorships; looking from his Instagram posts, he has been sponsored by Adidas. AI Rayyan's midfielder to date has not disclosed the information regarding earnings through such deals; the info regarding his cars and house remains under the radar.

It is unknown if AI Rayyan's midfielder Hatem is married or not. There is no information about his love life in the media. Though, he is active on Instagram but has not shared pictures with any girls.

Must say, Hatem has maintained his personal life as secret as possible, but he might be dating in private and is waiting for the right time to flash out to his fans.

Hatem made his international debut for Qatar national football team in the 9th International Friendship Tournament. He also represented Qatar in the 2012 Summer Olympic qualifiers; he has made 95 caps to date and scored 11 goals in his entire career.