Abdelhamid Sabiri, the defender for Sampdoria, is a Morrocan professional soccer player contesting in the Serie A side. He is also the national player of the Morocco national team. The Moroccan international is a former player of FC Nurnberg, SC Paderborn, Huddersfield Town, Ascoli, and Sportfreunde Seigen. His primary specialty is that he can play in anywhere of the wide attacking areas.

Abdelhamid Sabiri was born in the year 1996. He lit up his birthday candle every November 28 of the year. Also, the Morrocan is just 25 years old. The rising Morrocoan player came to German when he was three years old. However, he has kept his family details to himself only. Neither he nor any sites have flashed anything where he has siblings by his side. Notably, Sabiri is a dual citizenship holder.

The rising soccer player Abdelhamidn is one of the highly probable future stars of football. He stands tall at 6 ft or 1.83 m and weighs 80kg. More physical description, his skin type is light brown, and he has a short buzz-cut hairstyle.

Net worth And Salary Details

The Goulmima native Abdelhamid Sabiri is one of the rising soccer players for football who is proving his worth to the team. He is also a member of the Morroco national team; thus, he gets his salary from both sides, i.e., the Morroco football federation and his current club. For your concern, Sabiri is one of the Morrocan footballers to make his name in the football world. With Sampdoria, he receives a staggering salary of £2,500 weekly, which totals £130,000 per annum. At this time of writing, his speculative net worth is $500,000. Sabiri is just 25 years old, so he still has many years left; thus, he will be generating astronomical paychecks if he continues his career like the present. Concerning his market value, it equals €3 Million.

You May know more about Jose Sa.

Who IS Sabiri Dating? Know About His Love Affairs and Relationship Status

Abdelhamid never opens up whenever he is asked about his dating life. He has wholly barred his love life from the public. He prefers to keep his personal life to himself so that he might not want to be in any buzz or controversy revealing it. Perhaps who knows, he might be seeing his love privately.

Regardless, due to the lack of facts, we are unknown of his dating life. Therefore, we will; be speed-to-date you whenever ts available.

Everything On His Footballing Life

In his youth level, Sabiri made his presence for TuS Koblenz and Darmstadt 98. He began his football career playing for Seigen in 2015. After a season, he moved to FC Nurnberg in 2016. Appearing in nine games for Nurnberg, he joined English club Huddersfield on August 23, 2017, agreeing on a three years deal. He made his Premier League on September 11, 2017, against West Ham United. 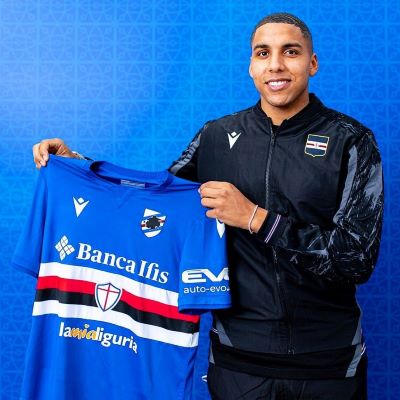 He moved to SC Paderborn and Ascoli in 2019 and 2020, respectively. Subsequently, from Ascoli, he moved to the Italian side and joined Sampdoria on loan with an option to buy in 2022. After some time, he made his debut came against Atalanta.