WNBA Rookie of the Year 2018 and Two times WNBA All-Star, A'ja Wilson is a professional WNBA player who plays for the Las Vegas Aces. The famous power forward was selected by Aces in the 2018 WNBA Draft as the 1st overall pick. She has won awards like Naismith, Wooden, USBWA, Honda, and Wade. Wilson also played for Shaanxi Red Wolves for a season. Moreover, she also played in the Women's Chinese Basketball Association for the 2018-19 seasons.

Keynote speaker at Columbia’s Women’s Rights and Empowerment Network Summit, A'ja talked about the salary difference between NBA and WNBA players. Besides, she is also the founder of the A'ja Wilson Foundation.

The South Carolina beauty A'ja started her professional WNBA career just a year ago and is on the verge of huge success. Wilson started her with a salary of $53,616 in 2018 while her paycheck increased to $58,978 in 2019. With such an immense salary, her net worth is undoubtedly in six digits figure.

She signed a contract worth $232,178 for four years with the Las Vegas Aces in 2018 which include a cap hit of $53,616 along with an annual average salary of $58,045. As compared to her NBA counterpart, DeAndre Ayton, whose starting salary was  $6.8 million, her salary is much lesser.

Alike other professional basketball players, Wilson has signed endorsement deals with some of the reputed brands. She signed a contract with the apparel giant NIKE alongside Allisha Gray, and Tiffany Mitchell, in 2018 but the contract amount is yet to be revealed in media. She mentioned that she is blessed to be a part of the NIKE family. 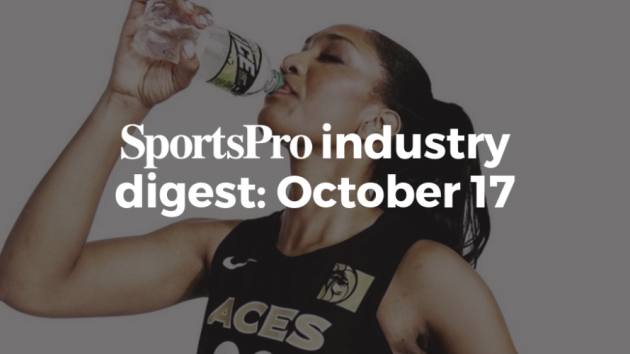 Wilson as the brand ambassador of the Mountain Dew SOURCE: http://www.sportspromedia.com

Moreover, she is also the brand ambassador of the soft drink Mountain Dew since 2018. She mentioned Mountain Dew while signing the deal saying “Dew is a brand that I love because of its dedication to bringing fans closer to the game and the lifestyle - and because they know how to have fun.”

The gorgeous basketball personality Wilson is currently linked in a love affair with basketball player Josh Cunningham. A'ja and Josh are dating for a long time and so far they haven't planned to get married but soon we might get some good news regarding their relationship. 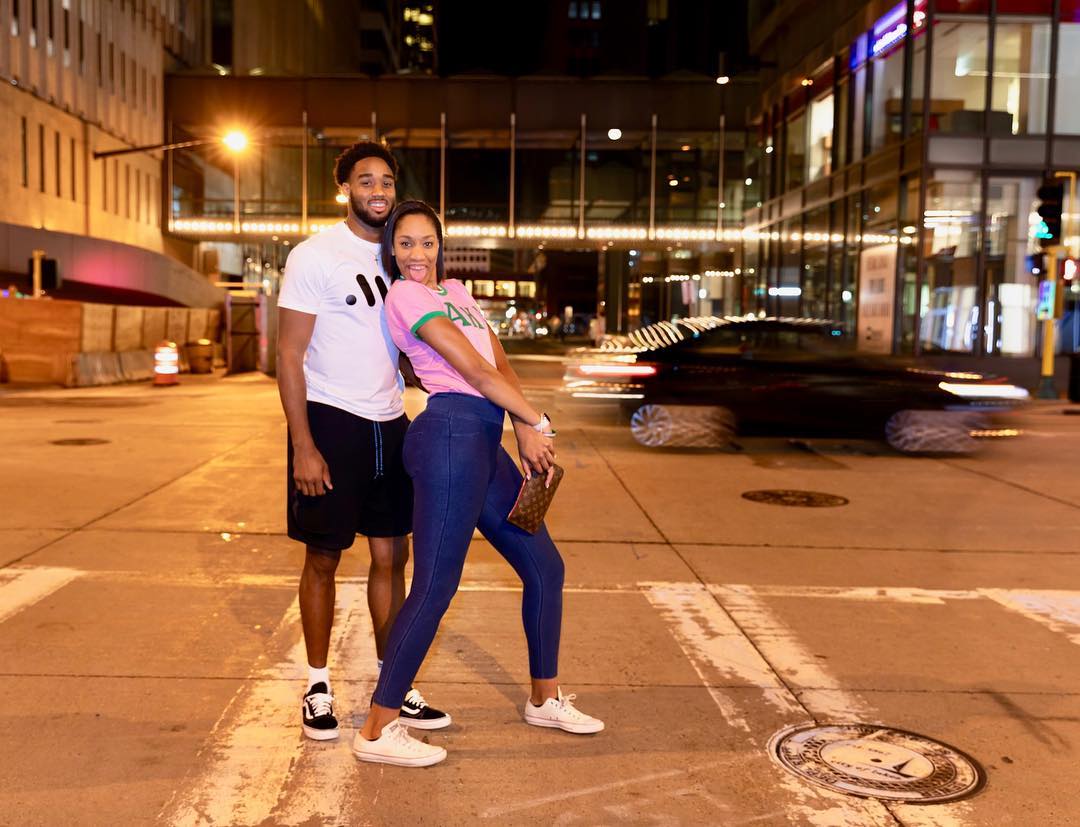 Wilson with her boyfriend Josh on August 12, 2018. SOURCE: [email protected]

As per their social media posts, it is found that they began dating in 2018. Wilson and Josh have a strong love bond between them as they seem happy with each other. Moreover, she mentioned him in one of her posts on the occasion of his birthday saying "Happy Birthday Babe ?? May God continue to bless you with many many more ."

Who is Josh Cunningham?

Wilson's boyfriend is also a professional basketball player who is waiting to be drafted in the NBA. He most recently played in the position of small forward in the Netherlands for Leiden. The 6 feet 7 inches tall player was born on 11th August 1996.

Apart from her love life, Wilson also runs an organization named Aja Wilson Foundation which helps to create awareness for youth focusing on Dyslexia. Moreover, the foundation also focuses on workshop for youths and provide essential resources and opportunities. 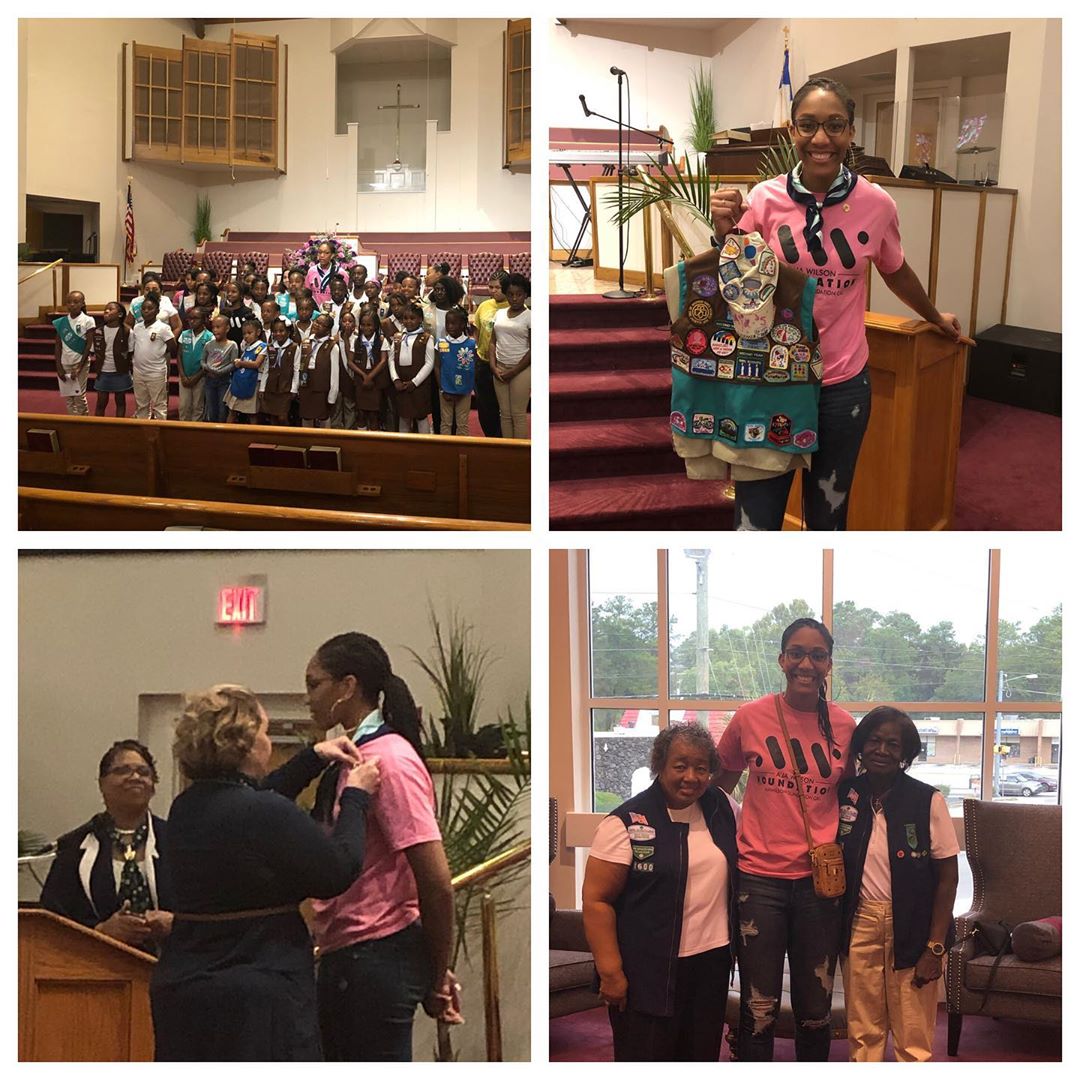 Citizen of South Carolina Wilson was born to parents Eva Wilson and Roscoe in 1996. She spent her childhood in South Carolina alongside her brother Renaldo Wilson. Wilson's father is also a former basketball player who played in European leagues. 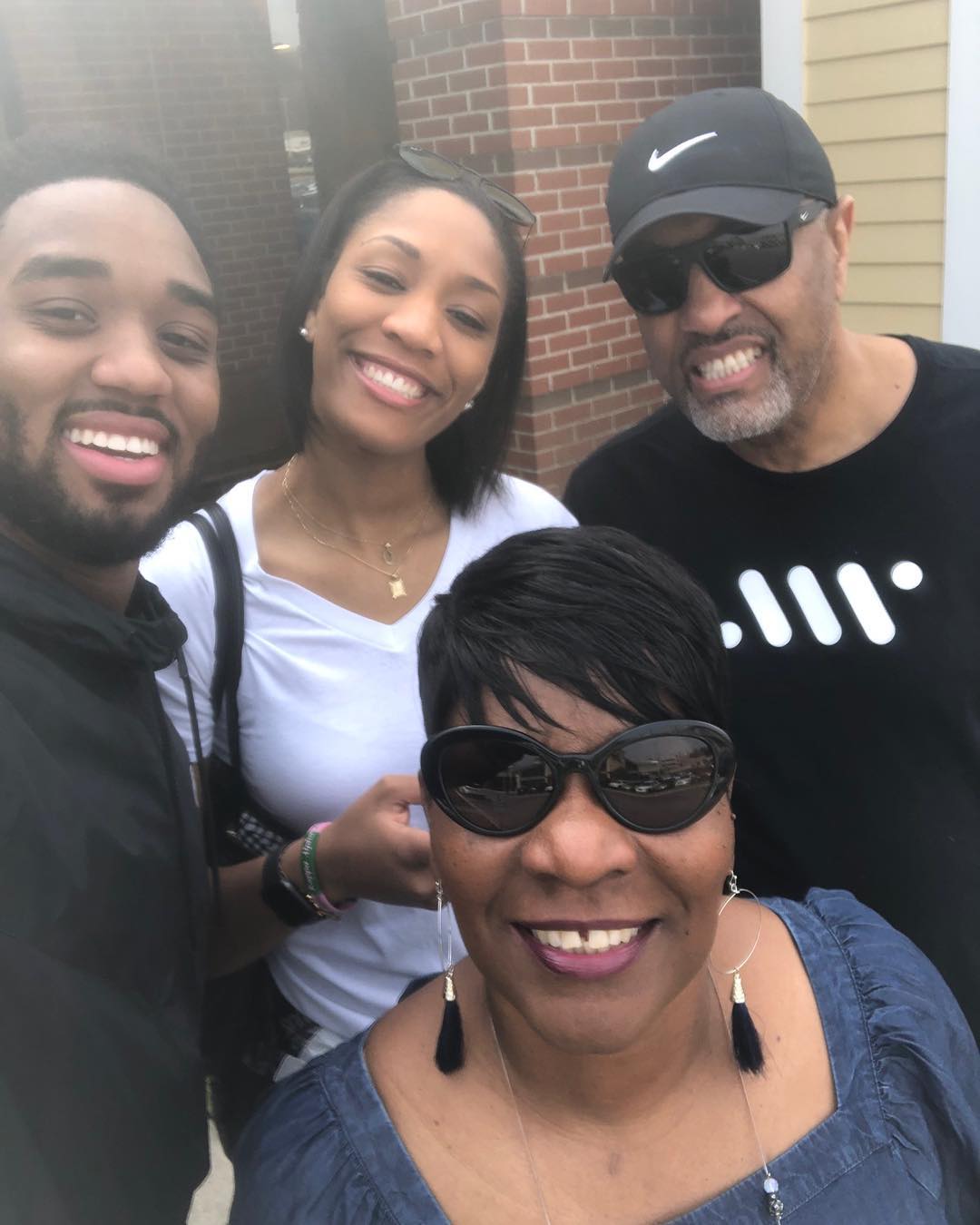 A'ja completed her graduation in 2014 from the Heathwood Hall Episcopal School. Later she enrolled at the University of South Carolina from where she finished her majors in Mass Communications. In addition to this, she played basketball for the South Carolina Gamecocks.

Stay with Playerswiki.com, for the latest updates.