Gossip 6.8 Ft. of Height, American Basketballer Jayson Tatum's Salary and Net Worth He Has Achieved From His Profession

6.8 Ft. of Height, American Basketballer Jayson Tatum's Salary and Net Worth He Has Achieved From His Profession

Jayson Tatum is an American professional basketball player who plays for the Boston Celtics of the National Basketball Association (NBA) named to the NBA All-Rookie First Team in 2018.

Read the full article to know all the secrets about his salary, net worth, endorsements, and earnings.

The American basketball star earns an enormous amount of money from his professional career. He receives a salary of $6,700,800 from his current club and as the seasons' pass, he will be paid higher than the current amount. Meaning, he will receive the salary of $7,830,000 in the 2019-20 season and in the 2020-21 season, he will be paid $9,897,120. Furthermore, Tatum is taken as the third highest-earning rookie of 2017 behind Markelle Fultz and Lonzo Ball.

Further, Jayson Tatum's net worth is estimated to be around $6 million.  According to the recent reports from players value, Tatum's highest market value is considered to be $13 million.

Tatum has also signed endorsement deals with various renowned brands including Imo's Pizza and Nike which makes a good addition to his existing net worth. 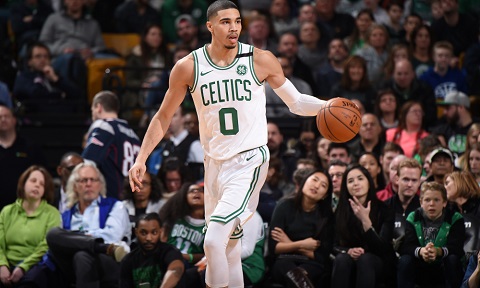 Tatum's home worth is reported to be around $2 million. Further, the basketball player is also a car-lover and has collected cars like Volvo, Range Rover, and Jaguar.