Gossip 20 Years Professional Basketballer Jayson Tatum Has a Son, Does He Have a Wife or Dating Any Girlfriend?

20 Years Professional Basketballer Jayson Tatum Has a Son, Does He Have a Wife or Dating Any Girlfriend?

Jayson Tatum is an American professional basketball player who plays for the Boston Celtics of the National Basketball Association (NBA). Currently he was named to the NBA All-Rookie First Team in 2018. In his personal life, the basketball star is currently dating his girlfriend, Samie Amos and is blessed with a baby Toriah Lachell with another girlfriend.

His story is a little hard to understand or is it? Let's go deep into Jayson's life and find out secrets about his affair, girlfriend, wife, and son.

The American basketball star was in a relationship with Toriah Lachell for a long duration of time. Well, the former couple first met and started dating while Tatum attended Duke in 2014. Tatum and his former girlfriend remained together until the early months of 2017, but eventually got separated.

The pair dated each other for a really long duration of time further they even posted a lot of pictures on the social media sites like Instagram and Twitter but in contrast to all that, they broke-up! 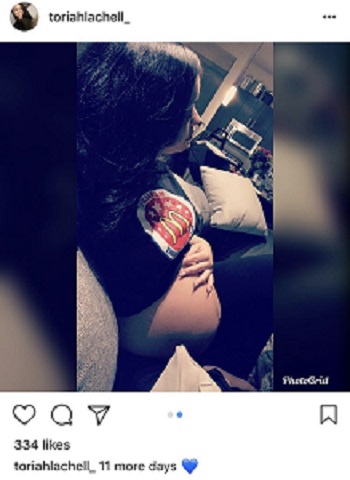 However, Toriah has also uploaded a picture with a big baby bump on a social media site which was clearly solving the birth mystery of a baby child.

Besides, if rumors are true, Toriah had a baby from Tatum, and they are still in touch due to their little son, Jayson Tatum Jr. born on December 6, 2017. 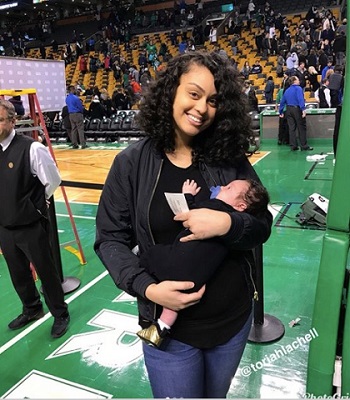 Moreover, the couple hasn't yet confirmed the truth behind their child but Tatum keeps posting his son's pictures on his Instagram profile.

Know more: American Basketballer Jayson Tatum's Salary and Net Worth He Has Achieved From His Profession

Back on road with MY GUY!

Lachell is also seen holding the baby in her arms in many pictures, but the baby's father isn't openly addressed by either of them.

Tatum is currently dating his girlfriend Samie Amos, a Duke University volleyball player. Samie played a full season of Volleyball at Duke last fall and hasn't even posted a single picture with a baby bump in recent weeks which points out she is not Jayson's child.

Besides, the couple has kept their relationship away from the media attention. Which brings us to a conclusion that Samie isn't Jayson's new born's mom but she is his current girlfriend and the baby should probably be from Jayson's previous relationship with Toriah.