Johnny Manziel birth name Johnathan Paul Manziel is the quarterback for the Candian football team Alouettes for the Canadian Football League. He had signed a two-year contract with the Hamilton Tiger-Cats in May of 2018 and was later traded to Alouettes. He has previously played for Cleveland Brown of the NFL for two seasons as well.

Manziel had played baseball during his junior years and was drafted in by the San Deigo Padres as a shortstop. However, he left his pursuit of baseball as football won him over and so far the decision has helped him to make a living out of it. Continue with the article to find out about Manziel's net worth as well as his career achievements.

Net Worth of Manziel

The estimated net worth of Manziel at present is $4 million. While this net worth is huge for most, it is in the decline from what it was in the past. When he was cut from the team roster of Cleveland Browns, he was reported to have been paid $8 million.

Things have taken a steady decline for him once his ties with the Browns were cut. He was in a sponsorship deal with the huge company Nike which also ended as soon as his ties with the Browns ended and it has further caused his net worth to decline. Not only that, he also had a deal with Panini America which also expired around the same time and it has also caused his financial situation to decline.

Manziel also has the record of paying various fines within the game and outside of the game as well. He has been fined multiple times by the league during his time at Cleveland for unsportsman like behavior. Money was going out of his pocket just as much as it was coming and it has certainly not helped him to keep his money afloat.

He is currently playing in the CFL but has so far only showed sub par result and has stayed out of many games due to injury. If things keep heading in this direction, he may soon have to give up his career and his net worth may further decline in the future that is unless he shows good results and turn it around.

Manziel is not considered a top quarterback by any standard today but that is not to say that he never had the potential to become one. In fact, during his college years, he had shown a lot of promises to be the new star in the league. He has been the recipient of 2012 Heisman Trophy, 2012 Davey O'Brien National Quarterback Award and 2012 Manning Award winner which showed that he had great potential. 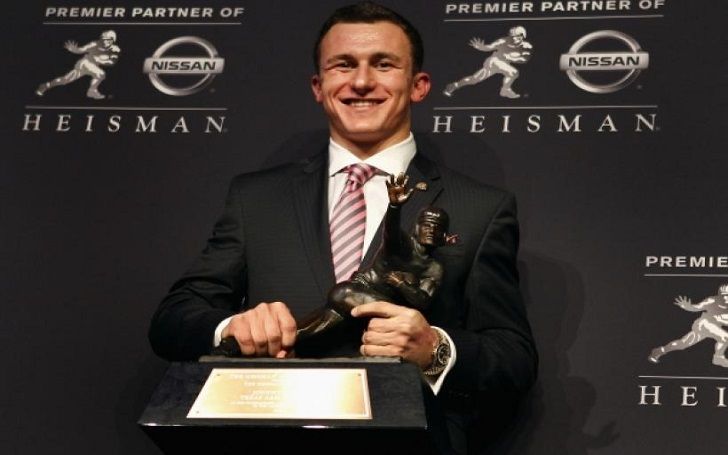 Ever since his professional debut, he has not achieved any huge awards like his college runs but has still managed to keep various records for the teams that he has played with. He has kept the Cleveland Browns franchise record for most rushing yards by a QB in a single game. But none of those records helped him to show his full potential and he was still dropped from the team.

He did have the potential to be a great player in the past but does he still hold up the same talent is hard to say. But, if he can play his game like in the past, he could still make a comeback in the game.