Zac Taylor was born on May 10, 1983, in Norman, Oklahoma. He is among the four children born to Sherwood Taylor and his wife. His father was also an American Football player who played as a defensive back and captain for Oklahoma. He has two sister's Kathryn and Quincy. Kathryn is an Olympics swimmer. He has a brother named Press Taylor, who worked as a quarterback's coach and pass game coordinator for the Philadelphia Eagles.

Zac Taylor has an estimated net worth of $5 Million. He has accumulated most of his net worth by working as a coach for various NFL franchises. He has been actively involved with the clubs since 2008. According to an analysis from Forbes, the NFL coach's average annual salary is more than $6 million. 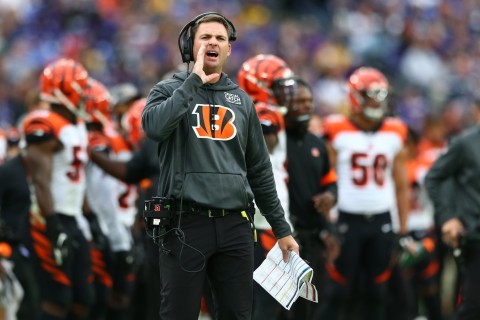 Zac is very much early in his career about working as a head coach. He shall be earning much more in the days to come. In 2019, Patriots coach Bill Belichick remained the highest-paid coach in NFL. Andy Reid is the head coach of Kansas City Chiefs with a net worth of more than $25 Million.

Relationship Status; Who is his Wife?

Zac is living a happy and blissful married life along with his wife. Zac tied his wedding knot with Sarah Sherman on December 29, 2016, at Fort Zachary Taylor Park.

They had been dating for several years before tying their knot. 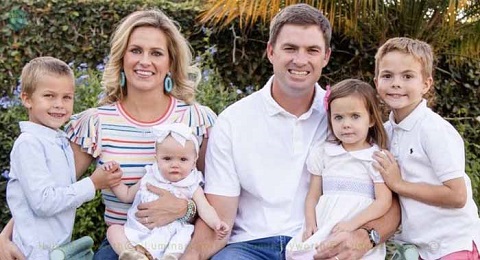 The love birds have welcomed four children from their marriage life. Zac has become successful in keeping his personal life away from the reach of the media personality.

In his first two years, Zac could not get much chance and transferred to Butler Community College in Kansas. He returned to his form and led the team to NJCAA Championships gamed, which earned him second-team NJCAA All-American honors. Taylor passed for almost 3,000 yards along with 29 touchdowns. After completing his two years with Butler College, He moved to the University of Memphis. Zac had a terrible start to his career with the college team.

Zac could only complete 39 of 29 passes for 399 yards. He only had a touchdown and just three interceptions in his first three games for the team. However, Taylor made his comeback against Iowa State. He completed  431 yards on 36 of 55 passing with two touchdowns. He slowly improved his game, eventually breaking the school record for passing yards in a season, with 2,653 yards on 55.1% of his passes being complete.

In 2006, Taylor played a crucial role in reaching the 2006 Big 12 Championship Game. He had a total of  2,789 yards and 24 touchdown passes during the regular season. For his brilliant performance, Zac was titled with Big 12 Offensive Player of the Year. He was not drafted by any team in the 2007 NFL draft and signed for a Canadian League, However, He did not play a single game and returned to the states.

After returning from Canada, Zac started working as an assistant coach at Texas A&M and Mike Sherman.  He worked there until 2011 and signed with Miami Dolphins as an assistant quarterbacks coach. In 2015, Zac was promoted to the team's interim offensive coordinator. Following a normal season, In 2016, the University of Cincinnati signed Zac as their offensive coordinator.

This turned out to be a wonderful move by Dolphins as they became only the second Miami QB with multiple 3,000-yard seasons. Looking at his success rate, Taylor signed with Los Angeles Rams as their assistant wide receivers coach. In 2019, He was promoted to quarterbacks coach. In 2019, Cincinnati Bengals hired him as their head coach. He did not have a good start to his career, losing his first thirteen matches.