Although being out of the celebrity world, Yumiko Fukushima has gained huge media attention and fame over the past several years. Yes, we are talking about the wife of a famous retired Japanese professional baseball outfielder Ichiro Suzuki. Fukushima previously worked as a sports reporter for the Tokyo Broadcasting System.

Yumiko and Ichiro exchanged their vows at the end of 1999, in California, USA. The couples have successfully completed 19 years of togetherness and many more to go. Well, stick with us till we introduce Yumiko to you.

Yumiko Fukushima is Married to Ichiro Suzuki; Know more about her Personal Life

Yumiko Fukushima is married to her boyfriend, Ichiro Suzuki who is a famous baseball outfielder. The couple tied the knot on December 3, 1999, at a small church in Santa Monica, California. Although being together for 19 years, they don't share any children together.

They are happy and content showering love to their pet dog which they named Ikkyu. 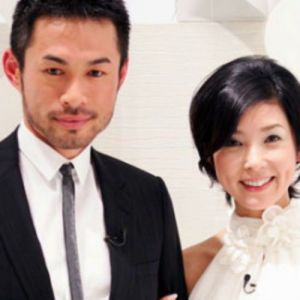 Fukushima was a sports reporter and might have met Suzuki during the interview through baseball. the couple started dating each other in 1997 but as per some sources, Suzuki was dating another woman who was 7 years older than he. He also got engaged to the woman in 1998 while he was also dating Yumiko.

Fukushima was rumored to be engaged to another baseball player before dating Suzuki.

She reportedly gave up reporting after Suzuki signed with Mariners and moved to the US. Her husband Suzuki reportedly cheated her with another married woman before their marriage but that didn't end their relationship. The couple currently is living a happy married life and has previously lived in Washington state, Miami Beach and Greenwich, Connecticut.

Besides, Yumiko is not active on social media but her husband, Ichiro keeps flaunting his pictures and his day-to-day activity on Instagram with his 293 thousand followers.

Age of 53, Yumiko’s height is still the matter of curiosity for many of her fans. So as her body measurement. Looking at her picture we can safely assume she is around 5 feet 7 inches. She is not that small compared to her husband who is 5 feet 11 inches. Besides she weighs about 60 kg.

Yumiko Fukushima Net Worth and Earnings

Yumiko Fukushima's net worth is under review as of now. Previously, she was a sports reporter and a TBS TV announcer in Japan. However, her husband has a jaw-dropping amount of net worth and both are living a lavish lifestyle.

The couple is lovely but apart from that, they are generous as well. They donated $1.25 million to help victims of the 2011 tsunami and earthquake.

So what is Ichiro Suzuki's Net Worth?

By Forbes, it is assumed that Ichiro has once earned $7 million a year for his endorsement deals that came mostly from Japan.

Who is Yumiko Fukushima? Her Early Life and Family

Yumiko Fukushima is a Japanese citizen and famous as the wife of a professional baseball player. She was born on December 10, 1965, in Matsue, Shimane Prefecture, Japan. 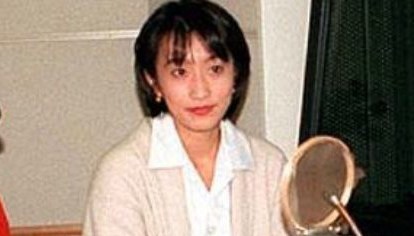 The details related to her early life, education and also family is out of media’s reach for now. We will make sure to update you as soon as we grab the details.

Talking about her career, Fukushima worked as a sports reporter and a TBS  TV announcer in Japan. However, she left the job as she settled down to another country with her husband who is a famous baseball player of this era.

Ichiro debuted at NPB at the age of 18 in 1992 for Orix Blue Wave's farm system. After two seasons in the farm system, he was moved to the leadoff spot for Orix Bluewave.