The French international Yohan Cabaye is a retired French professional soccer player who played for many world clubs, including Lile, Newcastle United, Paris Saint-German(PSG), Crystal Palace, Al-Nasr, and Saint-Etienne. Yohan played as a midfielder for the team. He now serves at PSG youth academy as a coordinator. Moreover, he was a part of the team when Frane became a runner-up in the UEFA European Championship.

Yohan Cabaye, the former midfielder, is a Tourcoing boy born on 14 January 1986 in France. His age now is 36 years. The right-footed player's zodiac sign is Capricorn. And he stands tall at 5 ft 9 inches and weighs 72 kg. The ex-soccer player began playing at age six for his hometown club US Tourcoing. Notably, he represented France in 76 games playing from 2004 to 2016 in all age groups. However, his senior debut came against Norway in August 2010.

Yohan was born to French parents. Didier Cabaye is his beloved father, and Louisa Cabaye is his mother. All his family lives an everyday life in France. His father was also an ex-footballer who began playing soccer at age 16. However, Didier now works in the health care field in Roubaix, whereas his mother's profession remains unknown. They are Christian.

Yes, the French international Yohan is a married guy. He has married twice. Firstly, he married Fiona, whose love story started in 2008. After dating for two, they ended up getting married in 2010. With Fiona, he had three children; Myla, Charlize, and Romy. However, thier marriage didn't go well, So they got a divorce. 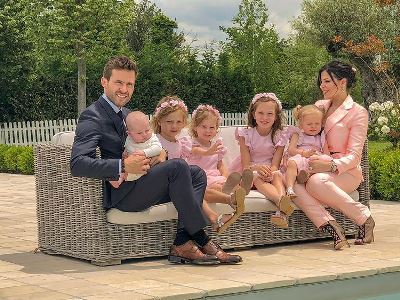 Yohan surprised everyone with new photographs of his girlfriend Laetitia Bernardini. There were rumors that Yohan cheated on Fiona over his new partner Laetitia Bernardini. The couple has welcomed two children; daughter Lionoi, born in 2016, and son Maina in 2017. Despite his past marriage, he is very frank about his relationship with Laetitia with the crowd.

What are his overall career earnings? Net worth 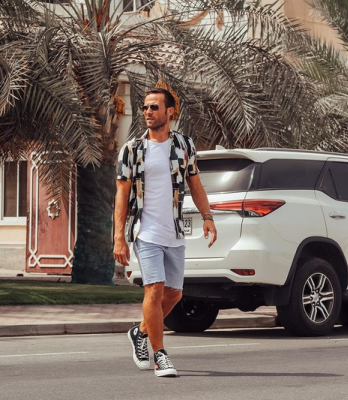 He has been accumulating salary numbers in millions since 2014. Thus, there is no doubt that he is a millionaire and one of the highest-earned players of his time. For your info, the market value he got is €23 million in his soccer career. Additionally, he still makes a handsome sum of money as a Coordinator for PSG. Per Forbes and other media sources, his net worth is £28 million. He is one of the wealthiest footballers who lives a luxurious lifestyle with his family. We may see his outstanding living standard on his Instagram account @yohancabaye_7.

Stats and highlights of his club career

The Tourcoing-born player Yohan Cabaye professional began his soccer with Lille in 2004. Subsequently, after playing for seven years, he moved to the Premier League, joining Newscastle united in 2011 for three years. He debuted in the Premier League on 15 July 2011. Completing his agreement, he joined PSG in 2014, Crystal Place in 2015, and Al-Nasr in 2018. On 27 August 2019, he moved to Saint-Etienne and played in 15 matches. Later in Feb 2021, he officially announced his retirement from football.