Yimmi Javier Chara Zamora, professionally known as Yimmi Chara, is a Colombian national professional soccer player who currently plays in the Major League Soccer (MLS). He serves as a winger for the Portland, Oregon-based football club Portland Timbers. For his current team, he wears jersey number 23. Moreover, he also plays for the Colombian national football team since 2014.

On April 2, 1991, the Monterey star player was born in Cali, Colombia under the star sign Aries. As of today, the winger is 31 years of age. He is a right-footed player who can cope up any region of the forward. So far, Yimmi has been part of several football clubs such as Centauros Villavicencio, Deportes Tolima, Monterry, Atletico Nacional, Sinaloa, and many more. Not to mention, he is also the 2014 and 2107 Copa Colombia Champion.

Annual Paychecks And Net Worth Details

Along with him another Colombian descent player Luis Caicedo is also gaining fame and riches playing in the MLS. Per the SalarySport, his net worth is £2,146,560. Additionally, he is worth €1 Million. More, he is sponsored by the famous brand Nike.

How Many Children He Has With His Wife, Ana Maria?

Yimi Chara is the family man. The winger is married to his glamorous wife, Ana Maria. Before walking down the wedding aisle, the duo date for some years. Due to their low-key nature, they haven't flashed anything about their wedding details. Furthermore, the lovebirds have created a nuclear family of four, including his son Juan Pablo and daughter Mariana. 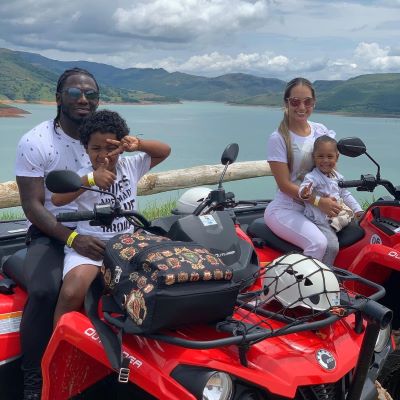 Enjoying his vacation with his wife and children  SOURCE: Instagram

He is very close to them and often shares pictures on his Instagram handle. Eyeing their activities, the duo appears to be in happy and cheerful marital life.

Yimmi Chara, the 5 ft 6 inches tall winger, came from a footballing background. His father, Diego Chara, is a former professional footballer. More, his mother's name is Graciela Zamora. To your knowledge, Yimmi is among the four children of his parents. 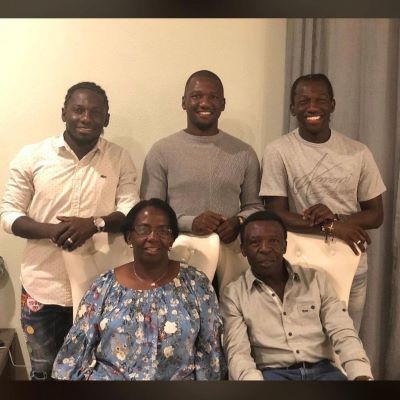 Quality time with his parents and siblings  SOURCE: Instagram

Highlight Of His Footballing Career

Yimmi Javier Chara Zamora ka Yimmi Chara professionally began his football journey in 2009. Centauros Villavicencio is his first club where he played a season. Likewise, he joined Tolima in 2010 for four years, where Yimmi registered 28 goals in 119 appearances. Afterwards, he played for several football clubs worldwide. Reportedly, the Colombian international joined Monterrey, Nacional (loan), Sinaloa (loan), Atletcuco Junior, and Mineiro in the time between 2015 to 2019. Finally, in October  2014, he joined the American League (MLS) with Portland Timbers. Since then, the profession has been representing Timbers in various leagues. Currently, Yimmi is placed on the Timber's second team in 2020, where he has just played a game.