Yassine Bounou: A Single Goal Conceded in the Last Five World Cup Games: Know About His Goalkeeping Stats and Journey

In football, sometimes the greatest defense is commanding the best goalkeeper. And Yassine Bounou managed to keep his team safe from their opponent's harsh offence. And throughout his journey in the 2022 FIFA World Cup, Yassine kept a somewhat clean slate. With only one goal slipping past Bono, Morocco's goalie is undoubtedly in a class of his own.

Morocco is the only team left in the 2022 FIFA World Cup with a 1 GA (Goal Against) score. And it was thanks to the fantastic goalkeeping of Bounou. The talented goalkeeper has been part of Morocco's national team for almost a decade. Aside from playing for the Moroccan squad, Yassine is part of Sevilla FC. And over the years, he earned massive fame from his gameplay.

Yassine Bounou was eligible to play for two countries!

The talented Moroccan goalie, Yassine Bounou, was born in Montreal, Canada, to Moroccan parents. As such, the footballer could play in the Canadian squad. However, Bounou grew up in Casablanca, Morocco, so he opted to play in the Moroccan team. 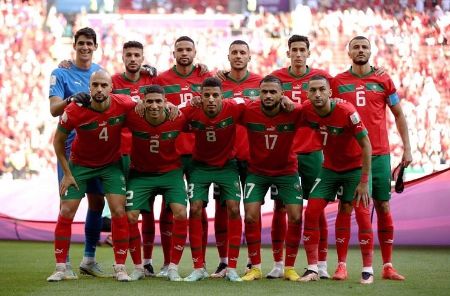 For his debut match, Yassine was part of the U-20 team playing in the 2012 Toulon Tournament. Seeing the potential of Bounou, he was again selected to play in the U-23 squad for the 2012 Summer Olympics. But, at the time, he only acted as a backup for Mohamed Amsif. But he didn't get the chance to shine as Morocco was eliminated at the Group Stage.

The following year, Bono became a part of the senior Moroccan team. On August 14, 2013, he played the entire second half of their friendly game against Burkina Faso. However, it was Burkina that took the win. Yassine had yet to grow into the powerhouse he is seen today.

Bounou and Moroccan Squad in the Last FIFA World Cup.

After years of training and gaining experience, Yassine Bounou became a member of the team that'd go to the 2018 FIFA World Cup. However, with one draw and two losses, the Moroccan Team would leave the World Cup in the group stage. Yassine Bounou started playing for Morocco in the Under 20 team in 2012. SOURCE: [email protected]_bono

Despite losing their spot in the Round of 16, Moroccans took their time to grow. And later, in the 2019 African Cup of Nations, Yassine became the first choice of goalie in the Moroccan team. And unlike the FIFA World Cup, Morocco qualified for Round 16, defeating Namibia and Ivory Coast.

Over the years leading up to the FIFA World Cup 2022, Bounou was busy with the UEFA Super Cup and La Liga. And the 2021-22 season was the highlight of his career. Yassine earned multiple awards in the 2022 season. Likewise, he earned honors like La Liga Mid-Season African MVP, Team of the Season, La Liga African MVP, and more.

Apart from the other awards, his most recent one would be Best Moroccan Goalie Abroad. And seeing his performance in the 2022 FIFA World Cup, there isn't any doubt left. The Moroccan team is the only one with a single goal lost. 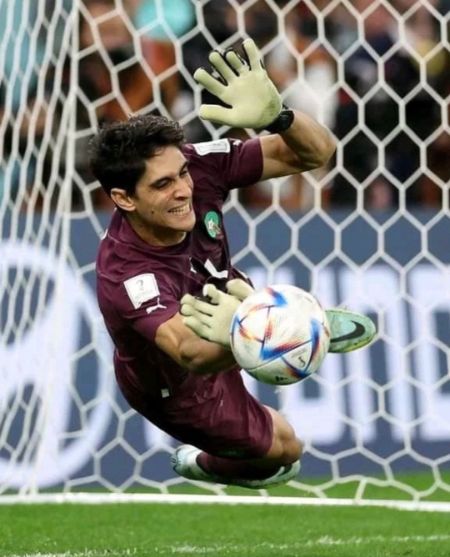 The Moroccan team heads to their biggest challenge yet. On December 14, Morocco will face the defending champions, France. And like themselves, the French squad has been steamrolling through their competition with four wins and a single loss.

While the Moroccan team's defense looks intimidating, the French squad's strikers look ready to face the immovable Yassine. And as the hours go by, fans of both nations remain on the edge of their seats.

In the Beginning, Bono started from Wydad Casablanca!

Over the years, Yassine Bounou managed to captivate many fans. However, when he began his career, he played in the Casablanca native, Wydad FC. Bounou played his entire youth career with Wydad, but after a few years in his senior division, he joined Atletico Madrid.

After joining Atleti FC, Bono played in the club's B team. And later was loaned to Zaragoza in 2014. Two years later, in 2016, Yassine was moved to Girona FC. In the last year of his time in Girona, the club loaned the goalie to Sevilla FC. Sevilla seeing the potential of Bounou, signed him under their banner in 2020.

Throughout his club transfers, Bono continued to play for the Moroccan team. First in the U20 and U23 games. And finally, in 2013, Bounou became part of the Moroccan squad's senior team. And in the 2022 FIFA World Cup, Yassine is undoubtedly one of the best goalkeepers.