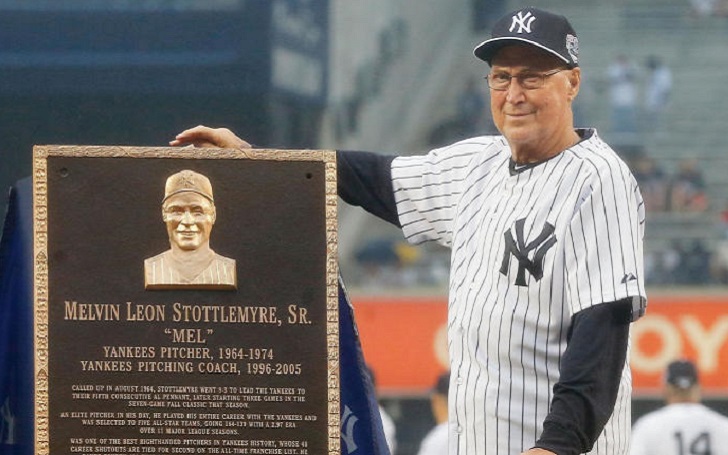 The following statement was made Monday by Yankees President Hal Steinbrenner:

"Beyond his tremendous accomplishments as a player and coach, Mel Stottlemyre was beloved for his class, dignity and fighting spirit. His contributions to different eras in our history guided us through difficult times and brought us some of our greatest all-time success."

"As a result, Mel's popularity transcended generations, all of whom thought of him as their own. His plaque in Monument Park will forever serve to celebrate the significance of his legacy. "His passing is a tremendous loss to the Yankees and all those in the baseball community, and we extend our deepest condolences to Mel's wife, Jean, and the entire Stottlemyre family."

Stottlemyre, as a right-hand pitcher joined the Yankees in 1964 and spent 11 years at the club before he was forced to retire from a shoulder injury.

Stottlemyre joined the minor ranks of the Ligue coaching with the Mariners after his play career and eventually returned to the great leagues. He served as a pitching coach for major teams such as Astros (1994-95), Yankees (1996-2005), and Mariners (2008). 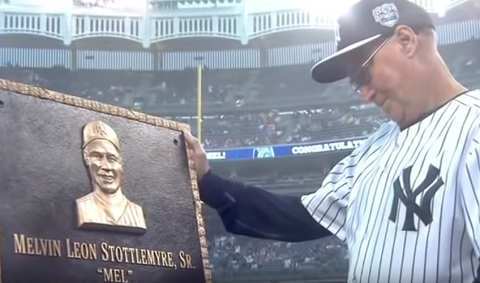 Following his death, a statement was released by Joe Torre who worked with Stottlemyre while he was Yankees manager:

"I am sorry to hear of Mel's passing. Mel was a role model to us all and the toughest man I have ever met. Sometimes a manager hires a friend to be their coach but with Mel, as with (Don Zimmer), he was my coach who became a dear friend and someone who became very special to me. I send my deepest sympathies to his wife Jean, boys Mel Jr & Todd as well as the entire Stottlemyre family."

On Old Timers ' Day in June 2015, the Yankees surprised Stottlemyre by announcing that he would receive a plaque in the monument park of Yankee Stadium. Here's the touching video:

" Today in this Stadium, there is no one that's happier to be on this field than me," Stottlemyre said at the ceremony."

"This is such a shock to me ... If I never get to come to another Old Timers' Day, I will take these memories and I'll start another baseball club, coaching up (in heaven), whenever they need me."

Late pitcher and coach, Stottlemyre grew up outside Seattle in Mabton, Washington. His wife Jean and his two sons, Mel Jr, and Todd who have played in the big league survive him now. Mel's third son Jason Stottlemyre, died of leukemia in 1981.

Danie Cormier Believes Conor McGregor changed the UFC: "People want to not give Conor credit for it." 21 hours by Jack Ol