Xander Schauffele is a well-established American professional golf player. He has been playing professional golf since 2015. He has already won five major Tours, which include four PGA Tour and a European Tour. Xander is currently ranked at number 5 by the World Golf Ranking. He has been earning millions through his golf career.

Xander Schauffele was born Alexander Victor Schauffele on October 25, 1993, in San Diego, California. Xander is among the two children born to Stefan Schauffele and his wife, Ping Yi. His father is of German and French descent, and his mother was born in Taiwan but raised in Japan. His father is a golf coach and has been Victor's only swing coach throughout his golfing career. He has an older brother named Nico.

Xander Schauffelle has an estimated net worth of more than $20 Million. He credits most of his net worth to his successful career in golf. Although He has played professional golf for just five years, The golfer has been playing golf for almost two decades. Xander currently ranks at number eighty-three in all-time Money Leaders in the Golf. Vijay Singh ranks at number four with more than $71 Million. 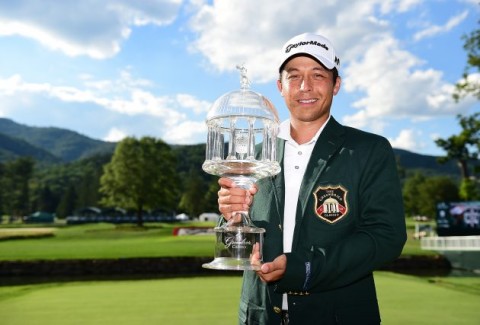 Schauffele had a significant impact on the games from his early days. In his first professional season, i.e. 2016/17, Xander earned more than $4.3 Million as his prize money from twenty-eight events in which he won two major tours. In the 2018/19 Season, the twenty-seven-year-old golfer earned more than $5.6 Million, which remains the highest in a single season.

In early 2021, San Diego Native Xander signed a three-year sponsorship deal with Hyland. In 2018, He signed an endorsement deal with Callaway. For his apparel and footwear, Adidas signed a contract in 2018.

Who is Xander Dating? Know About His Girlfriend

Xander is involved in a romantic relationship with his longtime girlfriend, Maya Lowe. She is often seen at tournaments with her boyfriend and even caddied for him in Augusta's par-3 contest in 2018. The pair have been dating since 2014. 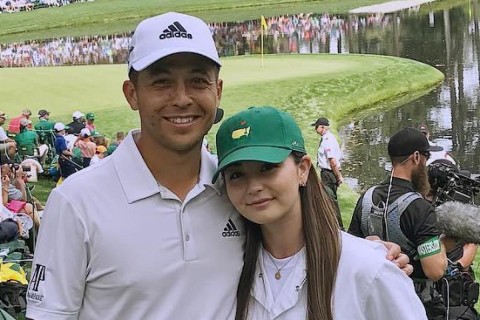 Xander with his girlfriend, Maya SOURCE: The Sun

Maya is studying for a Master's in Health Care Administration/Management at the University of Maryland. They are yet to get engaged or tie their wedding knot. Unlike Xander, Lowe is an active social media user and keeps posting photos of their tours and vacations.

Schauffele came to the limelight after winning the 2011 California State High School Championship. He played golf for his University team and turned professional in 2015. The American golfer made his professional debut on Web.com Tour. In his very first season, He won two tours, which earned him Rookie of the Year.

In 2018, Xander joined European Tour as its member. He had a good season with the tour. Schauffele won the WGC-HSBC Champions event in Shanghai, China, in 2019. He has been climbing the ladder of success, and there is no looking back. Talking about his physical appearance, Victor stands five feet and ten inches tall and weighs seventy-nine kgs.