WWE Wrestler Jack Swagger's wife Catalina White's Net worth: Know all the Details about her Career 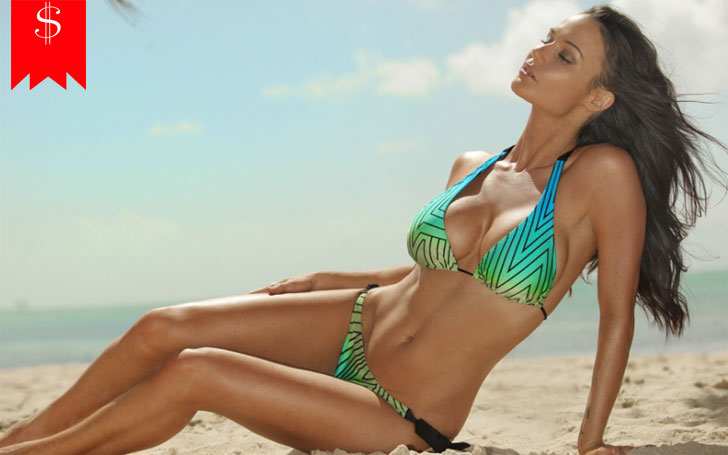 WWE star Jack Swagger got married to the former WWE Diva Catalina White and is living happily ever after. The WWE star Jack Swagger has managed to collect an estimated net worth of $1.5 million dollars. But how much net worth does his wife have? Stay with us get the detailed information of the  WWE couple's net worth, salary, relationship and much more. Let's get through the topic.

They are the living example of how a perfect couple should be. WWE superstar Jack Swagger and former WWE Diva Catalina White tied their knot in December 2010, seven years back from now. Though the WWE Diva was once popular with her sex tape, it didn't harm their relationship which proves how strong their relationship is.

The couple began to know each other through their career in WWE. They first met each other in Florida Championship Wrestling and started dating in 2008. After two years of their relationship, the couple finally got married in Las Vegas, Nevada.

As far we know, the greatest achievement after marriage is being a proud parent. Fortunately, the couple had their first child shortly after a year of their on October 17, 2011, and the child was a son who was named  Knox Stribling.

After four years of their first son, the couple was soon blessed with another child a daughter named Presley Pearl on May 18, 2015. Hope to see them with more kids and wish them for the best of their married life.

Catalina White's net worth and salary

Well, the former WWE Diva wasn't seen much in the WWE networks, she only had a year career with WWE. Her estimated earning is around $50,000, as she played only a single match in WWE. It doesn't mean that she is not having the best of her lives. Her husband  Her husband Zack Swagger has an estimated net worth of $1.5 million while he receives an annual salary of $275000.

It is believed that Zack's salary will be expanding to $2 million at the end of the year. There is no any authentic info on his cars, house, and properties. We will soon be updating it as soon the data are available.

The 32 years old elegant model, singer and former WWE Diva was born on  January 22, 1986, in Florida. She is a well established Glamour model who appeared in the pages of Maxim, FHM, and Complex Magazine. she attended Fort Lauderdale High School graduating in 2004 and went on to University at Buffalo in N.Y.

In 2007, White was named by Maxim.com as a “Hometown Hottie”. She also appeared in the Complex magazine as a “roller girl” in March 2008. Around the same time, she landed a record deal, singing pop music. In September 2008, she posed for Maxim.com, and she had also begun recording her album.

#complexmag one of the coolest shoots I've done, miami has quite the selection of themed rooms by the airport... Interesting

She also appeared in the Complex magazine as a “roller girl” in March 2008. Around the same time, she landed a record deal, singing pop music. In September 2008, she posed for Maxim.com, and she had also begun recording her album. Well, for now, she is living happily with her husband Zack Swagger.