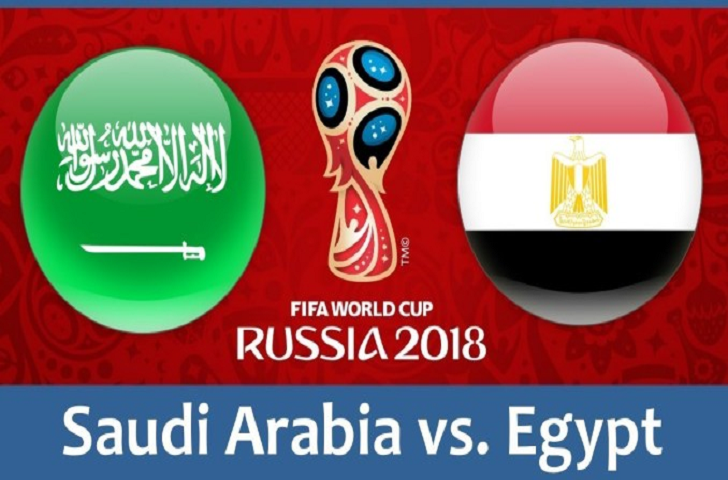 Despite being out of the super sixteen squads, Saudi Arabia and Egypt are sharing the Stadium for the last time in 2018 world cup and are willing enough to return home with a win. So far, both teams have lost their opening games and are sure to head home with an early exit.

Egyptian striker Mohamed Salah even tweeted about the early end of Egypt's world cup is even rumored to resign from the National team, as per Africanews.com, but insiders claim that he will appear on today's match despite his team will be heading home afterward.

Mohamed Salah recently outed a tweet claiming that the world cup might be over for now but the country has got stronger than ever and the Pheros are still one pact as:

“Everyone in Egypt is together and there is absolutely no disagreement between us. We respect each other and the relationship is great.”

The Liverpool striker missed Egypt’s first game against Uruguay and couldn't make any exceptional difference in the second game as well, be it from his injury or the pressure of playing Russian in their home ground, the world cup ended in an unwilling fashion for this football striker. So, the most valuable player for today's match M. Salah will play on today's game, hence Salah fans have nothing to worry, they will surely be able to give him the return tribute.

Saudi Arabia vs Egypt kicks off at 15:00 ET at the Volgograd Arena. The game is predicted to be explosive as both the teams are in a search of a world cup win to gift it their fans back home.

Despite three out of five people from social media poll expect M. Salah to score in the first half, the pundit's and MC's prediction says the game will be a goalless draw. Whereas PW predicts the game to be in Egyptian favor with 2-0 against Saudi Arabia.

Kobe Bryant and daughter Gianna “Gigi” Bryant Died in a helicopter Crash; Everything you need to know about Gigi 1 day by Jack Ol

Justin Gaethje hoping for a Bout against Conor McGregor: "I think he’ll fight me now.” 4 days by Jack Ol

Conor McGregor to Donald Cerrone after KO'ing at UFC 246: "I love you Donald" 4 days by Jack Ol

UFC 246 Medical Suspensions: Donald Cerrone will be out for 6 months for Nasal, Orbital Fractures 6 days by Jack Ol