William Eklund is a Swedish ice hockey forward who considered the top international prospect for the 2021 NHL Entry Draft. Eklund is currently playing for Swedish Hockey League side Djurgardens IF.

Haninge, Sweden native, William Eklund was born on 12th October 2002, under the star sign Libra. He is the son of Christian Eklund, a retired ice hockey player who played a total of 429 Elitserien games as a left-wing for Djurgardens IF.

How Much Is William Eklund's Net Worth In 2021?

Since 2020, Eklund is playing in the Swedish Hockey League for Djurgardens IF where he is believed to make no less than $20,000 per month as salary. Further, he also represents his nation at various international tournaments for which he is paid too.

Further, NHL Central Scouting has considered him the top international prospect for the 2021 NHL Entry Draft. If he goes pick by any NHL franchise, William will make millions of dollars from hockey. The minimum salary at NHL is reported $700,000.

As of 2021, William Eklund's net worth remains under review.

William Eklund is in a relationship with Matilda Viktoria Rehnberg. Though the ice hockey defense is not much active on Instagram, he has posted his girlfriend there only to tell the whole world that he has already found the love of his life. 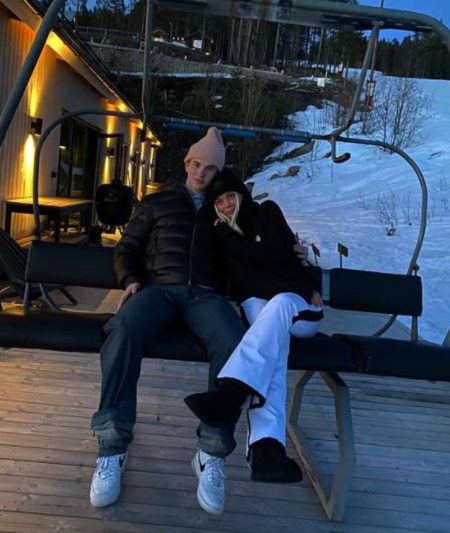 Similarly, Matilda who is a model also posts his boyfriend on her Instagram. Seems like, the couple got together this 2021.

On 4th January 2020, Eklund made his debut in the Swedish Hockey League with Djurgardens IF in a 4-2 victory over against IK Oskarshamn. During the 2019-2020 season, he played a total of 20 regular-season games with two points.

In the 2020-21 SHL season, he compiled five points in his first eight games.

At the international level, he was called for the preliminary Swedish roster for the 2021 World Junior Ice Hockey Championships. However, after testing positive with Coronavirus, he was unable t join the final roster for the tournament.

On 28th April 2021, he made his debut with the  Swedish national ice hockey team in a friendly match against Denmark, where he scored a goal and made one assist.