Will Levis is a professional quarterback at Kentucky Wildcats who wears the #7 in the team. The Madison-born American quarterback is in Junior class and one of the most amazing prospects in the National Collegiate Athletic Association.

Will represented the Penn State Nittany Lions Football and was one of the best passers against the Idaho Vandals Football Team. He completed 11 out of 14 passes, and covered 62 yards, and did a touchdown.

On June 27, 1999, Will was born in Newton, Massachusetts, to Mike Levis and Beth Kelley Levis. The talented quarterback was a good student from childhood. He attended Xavier High School for his studies and also joined the school football team. 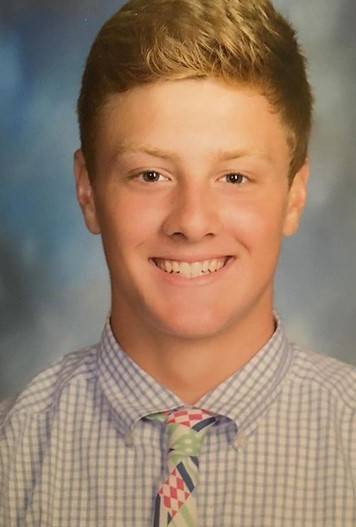 Will spent his childhood with his sisters Kelle, Jill, and Claire. He used to play golf, swim, and goof around with his family. He also had a great passion for basketball.

Levis is 6 feet 3 inches tall and weighs around 102 kg. The tall man has a good physique and a balanced style of gameplay.

Will Levis Career and Awards

Will started his career as a high school athlete at Xavier High School. He served as a senior team captain there and became one of the most influential athletes of the school. Levis broke the Xavier High School records for passing touchdowns, passing yards, and completion in a season. 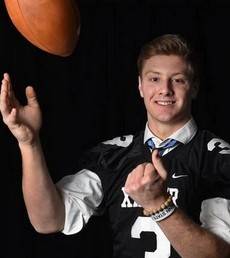 Levis then passed the 2018 season as a redshirt season. Will appeared in seven games for the Nittany Lions, including one dream start. He earned the team's highest academic average and was selected in Academic All-Big Ten. 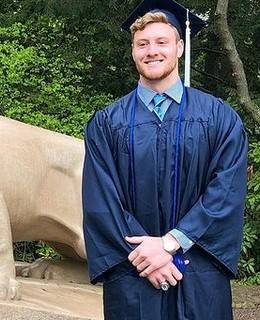 Fun Fact: Will recently graduated from Penn State University in Finance Majors. He has been a studious student as well as a great athlete.

During the sophomore season, Will appeared in eight games with one glorious start. He covered 421 yards and went 33-for-55 with a touchdown pass. Also, Will had three touchdowns, adding 82 rushes for 260 yards. He got selected in the Academic All-Big Ten honors again.

All in all, Will appeared in 15 games total for Penn State and became the two-time All-Big Ten honoree. With 473 career rushing yards, he made the 10th all-time rankings by a Penn State quarterback. 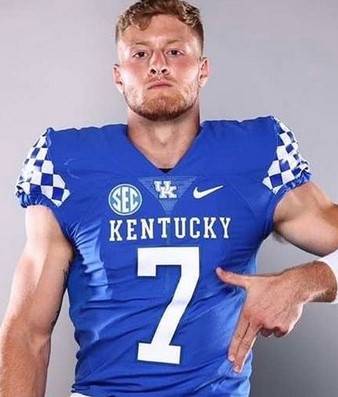 Will now plays for the Kentucky Wildcats as a quarterback. He wears Jersey Number 7 in the team. Levis has been one of the most influential signings for the Wildcats.

Will Levis Net Worth (Career Earnings and Salary)

Will Levis plays as a quarterback for the Kentucky Wildcats. He is still a collegiate-level player. Levis earns around $50,000 from professional football. He is also a major in Finance and does freelancing financial jobs during his off time from football.

The Wildcat is also an athlete for the Cuts. They are the famous clothing brand in the United States outfitting the world's most ambitious people. He gets a handsome sum of money from modeling for the Cuts.

The net worth of Will Levis is around $1 million - $2 million.

Will Levis Girlfriend, Relationship, and Affairs

Will is a tall and handsome man. He is in his twenties and is the crush of many ladies. However, he has his heart set on one beautiful lady. Her name is Gia Duddy. Gia is in a relationship with the Wildcat Will. 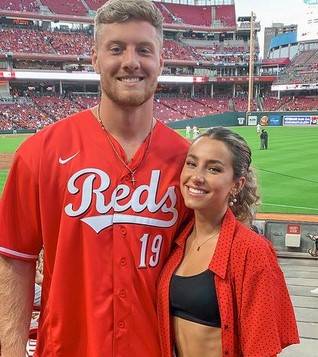 Will Levis and Gia Duddy posing while watching a baseball SOURCE: Instagram @giaduddy

Gia and Will have been dating for more than two to three years at Penn State University. They look so good together. The lovely couple travels together. The couple that travels the world together stays together.

Even before Will started dating Gia, there were no rumors about Will dating anyone other than her. Will has said that Gia has helped him become the happiest and absolute best version of himself. It is true indeed. She never fails to put a smile on his face. 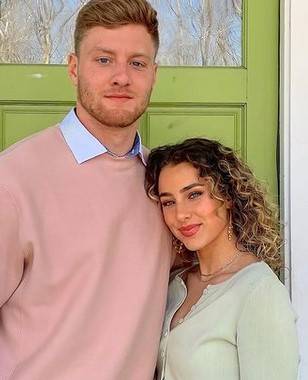 Will Levis with his girlfriend Gia Duddy SOURCE: Instagram @w.lev

Gia and Will are planning to marry soon if all things work out well. Will is focused on his football career, and Gia is involved in the Financial field.

Here is a highlight of every Will Levis Career Touchdown.