Who was Pele's wife Marcia Cibele Aoki? Know About Pele's Children, Married Life and His Death

Marcia Cibele Aoki went through massive grief as the football legend, Pele, passed away. Aoki came to fame as the wife of Edson Arantes do Nascimento. However, Marcia isn't the only spouse the legendary soccer star married. The Brazilian legend has matched a total of three times. Out of his three wedlock, Marcia was his final wife.

Despite the marriage between Edson and Marcia staying in public, the late Pele's wife enjoyed a private life. However, the couple talked about their initial meeting with the world. The Brazilian football legend and his third wife first met in the mid-80s, but they'd later marry three decades.

Marcia Cibele Aoki was born into a Japanese-Brazilian household. She was born to a Japanese father and a Brazilian mother in Sao Paulo, Brazil. Marcia's father worked as an entrepreneur importing medical equipment and selling it in Sao Paulo. 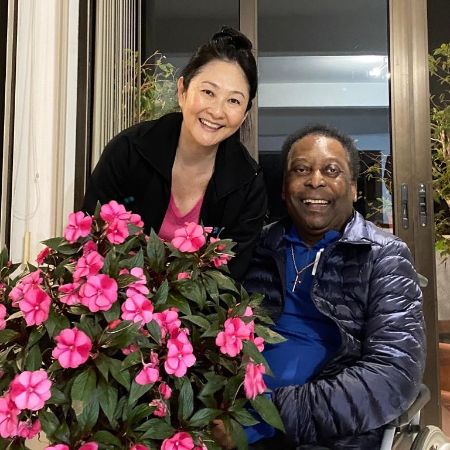 Aoki mainly remained away from the spotlight and, as such, kept her early days hidden from the world. But after her marriage to Pele, Marcia gained worldwide fame. After her father, it appears that Aoki took over her family business.

Marcia managed to lead her business rather swimmingly. Currently, she commands an estimated $10 million as her net worth. Aoki's late husband, Pele, held over ten times Marcia's wealth. When the Brazilian football legend passed, he owned approximately $100 million as his net worth.

The Brazilian football legend and his wife, Marcia Cibele Aoki, first met decades ago. When the duo first met, both Marica and Pele were seeing someone else. But the pair kept in touch. 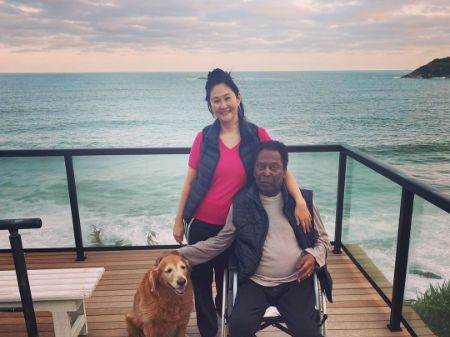 After almost two decades, Marcia and Pele found themselves again in each other's path. The Brazilian ex-footballer was recently divorced in 2008. In 2010, the Japanese-Brazilian businesswoman started her relationship with Pele.

For over half a decade, Marcia and Pele found comfort as boyfriend and girlfriend. The football legend announced his wish to marry Aoki at 73. Pele and his third wife had an immense age gap. During their wedding, Edson Arantes do Nascimento was 73, and his bride 41.

Marcia and Pele led many years as a happily married couple. But Aoki never became a mother to her late husband's kid. The late football legend, however, welcomed many children in his life.

The Ex-wives and Children of Pele 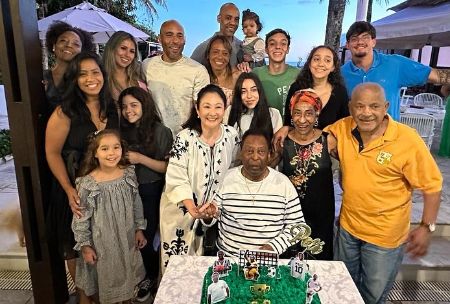 Pele and his family were celebrating his birthday. SOURCE: [email protected]

Pele then went on to marry the gospel singer Assiria Lemos Seixas. Assiria and the footballer exchanged their vows in April 1994 and finalized their divorce in 2008. The soccer legend and his second wife gave birth to twins in 1996. Likewise, the ex-married couple named their children Joshua Nascimento and Celeste Nascimento.

Aside from his marriage, the football star also held many flings and affairs. Pele's affair with Anizia Machado resulted in Sandra Machado. Sandra fought till her dying breath for her father's acknowledgment, and Pele's secret child died in 2006. The Brazilian soccer legend also had a fling with Lenita Kurtz. After the hookup, Lenita gave birth to Flavia in 1968.

Pele Went Through a Tumour Removal in September 2021.

As age takes hold of a person, many health issues arise. Pele's health deteriorated as he grew older. In 2020, the football legend could no longer walk after he underwent kidney stone removal surgery. The following year, he underwent a tumor removal operation in September 2021.

Initially, Pele's eldest child Kelly announced her father was doing well. But the day she told the fans about her dad, the football legend was taken back to intensive care. After days in the ICU, Pele was released on September 30, 2021, to start his chemotherapy.

The Football legend passed on December 29, 2022, at Abert Einstein Hospital.

The Legendary Pele drew his final breath on December 29, 2022. According to SkyNews, Edson Arantes do Nascimento died due to multiple organ failure. Moreover, Pele reached a state of numerous organ failures due to a colon cancer complication. 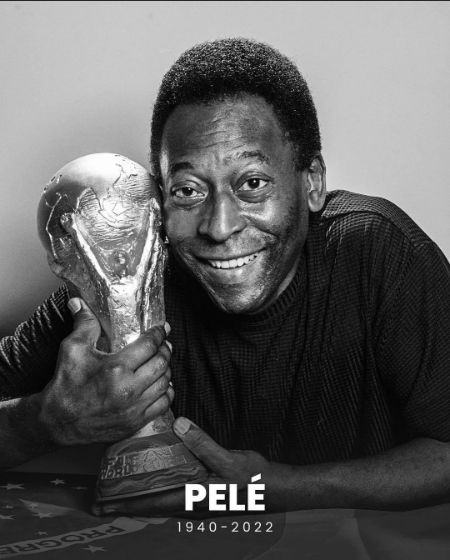 Tomorrow's legends paid tributes to the soccer legend. From soccer stars to figures in high standing, they sent their condolences to Pele's wife and family. According to the Washington Post, the grieving family will hold the funeral on January 2 and 3, 2023.