Who is Luka Doncic's Girlfriend? All the Details about his Relationship and Dating History 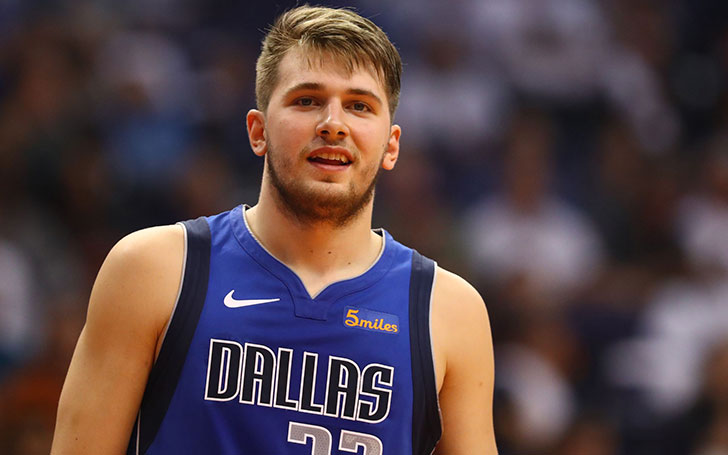 Luka Doncic, a Slovenian professional basketball player who currently plays in the National Basketball Association (NBA) for the Dallas Mavericks, is unarguably the top contender for the Rookie of the Year and the best teenage star in the League currently. Having started his career in the EuroLeague with Real Madrid in 2015, he was picked 3rd overall in 2018 NBA Draft by Atlanta Hawks.

The EuroLeague and EuroLeague Final Four MVP, Luka Doncic is unarguably the best young player in the league right now and also made the record of the youngest player in NBA history to record three triple-doubles recently. So, who wouldn't want to date this young talent? A world-class player, Doncic might have a girlfriend. To know in details scroll down.

Who is Luka Doncic currently Dating?

The 19-year-old former Real Madrid is currently in an on-and-off kind of relationship with a Slovenian Anamaria Goltes, a former Lingerie Model. The couple reportedly is dating since 2016.

The couple reportedly broke up just 3 days before the NBA Drafts, however, they are back together, some reports claimed. According to Luka's recent Instagram images, media speculated that they might get back together. The former couple now hangs out.

Doncic's girlfriend Anamaria has also posted several photos of her Instagram. She also can often be seen wearing the jersey with Doncic's name on the back. So, the couple seems to have reconciled.

The couple knew each other since their young age as Doncic has shared a photo of him with Anamaria taken in 2011 when the Slovenian NBA star was just 10 years old. His girlfriend Anamaria, aged 20, is 2 years older than him.

Anamaria Goltes, born on May 1, 1998, is a model from Zagorje ob Savi. She is a former kikboks player and dancer and has also competed in several  World and European championship.

Anamaria is a Economics student in Ljubljana.

She first came into limelight after Doncic approached her for a kiss at the EuroBasket Championships in 2017.