Gossip Who is Karim Benzema's Wife: Is He Married?

Who is Karim Benzema's Wife: Is He Married?

Marriage and career can be challenging to balance sometimes; however, Karim Benzema, the 2022 Ballon d'Or winner, keeps them perfectly balanced. Although much about the talented footballer's personal life stays away from the limelight, a bit of his love life has come to light now and again over the past years. And even though Benzema thrives in the spotlight, he'd rather keep his family away from the messy place.

2022 is going well for the French footballer Karim as he bagged two prestigious awards. Not only that, but Benzema also plays in the French national soccer team in the FIFA World Cup. And from the limited posts on social media, Karim and his wife leads a blissful life. But who is Benzema's wife? Please keep reading to learn about Karim's personal life!

Karim Benzema is a father of two kids!

Karim Benzema is a well-known footballer and an adoring father of two kids! Likewise, the French soccer star welcomed his first child on February 3rd, 2014. And Benzema named his child Melia Benzema. And a couple of years later, Karim and his partner gave birth to his second kid, Ibrahim Benzema, on May 5th, 2017. 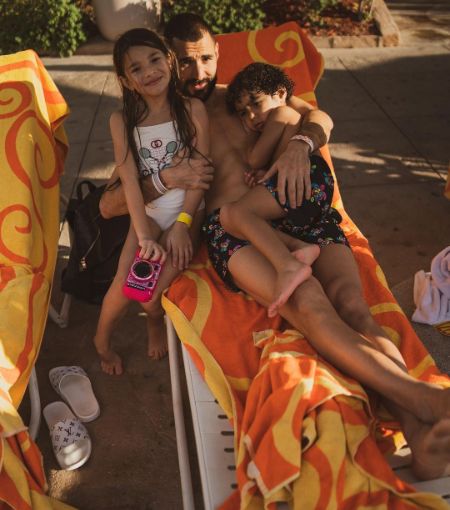 Aside from adoring his children, Karim is very protective of his kids. As such, the 2022 Ballon d'Or winner keeps Melia and Ibrahim away from the eyes of the media. Similarly, Karim and his loving partner have been in a relationship for over half a decade. As for who is the lover of Benzema, please keep reading.

Karim has been in a relationship since early 2014. Likewise, the footballer and his girlfriend at the time, Cora Gauthier, started their relationship in Dubai. And the duo dated for a year before Cora and Karim exchanged their vows. After they dated for a while, things between the couple got serious. Soon after this, Benzema and Gauthier welcomed their first child.

Did Karim Benzema and his squeeze, Cora Gauthier, tie the knot away from the public?

Although it appears that Karim Benzema and Cora Gauthier married away from the peering eyes, they haven't revealed when and where. Similarly, Karim is very protective of his personal life. As such, the French footballer refrains from sharing much about his love life. 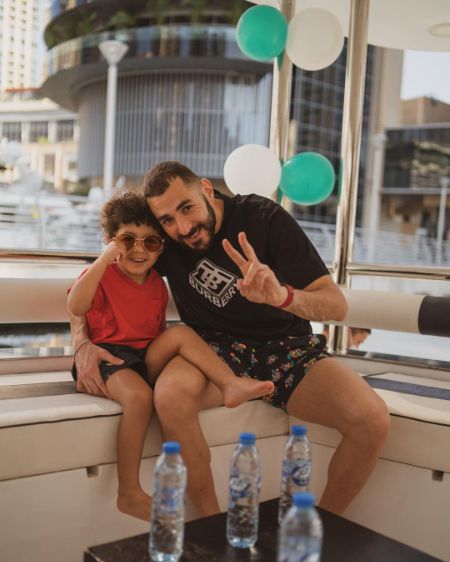 Despite the longevity of his relationship, Benzema keeps most of his love affair hidden from his fans. Reaching almost a decade of their relationship, Cora and her lover, Karim, lead loving life together away from the public eye. However, Karim and his wife sometimes share pictures of their kids on social media.

Although Karim and Cora share a loving relationship known throughout the world, they remain out of each other's social media most of the time. Likewise, the duo holds a massive trust in one another; as such, the pair remains free of any unsavory rumors. Besides Cora, Karim's ex-partners stay hidden from the world.

Start of Karim's and Cora's relationship!

The start of love is always beautiful, and apparently, Karim Benzema fell in love at first sight. First, meeting his beloved Cora Gauthier in Dubai, they later started dating the future. 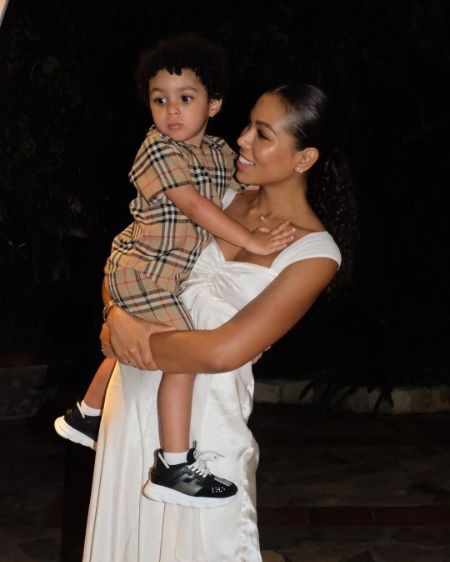 Although the couple dated for a long time, most of their time together stays hidden from the eye of the fans. And even today, the soccer star and his partner like their lives untouched by the media. And so the place where Benzema and his wife lives stay hidden from the world.

Karim was in a relationship with one woman in the past. As such, the footballer keeps the name of his ex-girlfriends away from the internet. Similarly, his partner, Cora, also keeps her ex-lovers away from the public.

The exact date of their union stays a mystery; Karim and Cora tied the knot hidden away from the world in December 2016. Likewise, Benzema and his wife share two children, but only their son Ibrahim is the biological child of  Gauthier.

Karim stated in an interview that he wants his wife and kids away from the type of spotlight he gets. Similarly, Benzema intends to protect his children and keep their childhood as normal as he can.