Gossip Who is Joel Embiid's Girlfriend? His Relationship Status and Children. Joel's Salary, Net Worth and Contract

Who is Joel Embiid's Girlfriend? His Relationship Status and Children. Joel's Salary, Net Worth and Contract

Fans always stay curious about their favorite athlete/celebrity's love life. Similarly, the Philadelphia 76ers player Joel Embiid keeps his relationships open with his fans. And currently, Embiid is a father to a child he welcomed with his girlfriend. Joel started dating his baby's mommy in early 2018. And throughout the years, he and his partner, Anne de Paula, stayed loyal to each other.

Besides his relationship with Anne, Embiid's career is on the road to success. Joel holds a net worth of millions before hitting his thirties. And speaking of success, the 76ers player gained his big break in 2014. In 2014's draft, the Philadelphia 76ers picked the talent in the 3rd overall. After eight years, Embiid still plays for this first NBA team. Aside from basketball, he also enjoys football, and Joel is a big supporter of Real Madrid.

Joel Embiid and his girlfriend, Anne de Paula, first met in 2018. Likewise, the couple met after their mutual friend introduced them to one another. As reported by the People, Anne and Joel first locked eyes at a New York dinner. 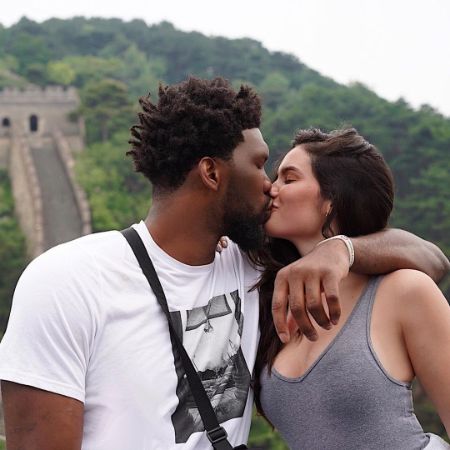 Joel Embiid and his long-time girlfriend shared a loving kiss on the Great Wall of China. SOURCE: [email protected]

When the mutual friend introduced them, Paula had no idea Joel was a basketball player. Both hit the start swimmingly, with great chemistry between the two. But not at a relationship-level connection just yet. Anne claimed that she and Joel started a "beautiful friendship" that night.

Embiid and Paula had a lot in common; maybe that's the reason for their excellent start. Both loved soccer very much, spoke French, and dreamed of starting a family in the future. After their first meet and greet, Joel and Anne spent much time on facetime.

Starting as being great friends, slowly, Embiid and Paula began getting closer. And soon enough, the duo fell in love and are now in a committed relationship. Anne claimed that Joel is the kind of person that makes her want to be the best version of herself.

Two years in, Paula and Joel welcomed a kid!

Things for the couple went along great; after some point, Joel Embiid and Anne de Paula moved in together. And then, two years after the start of their relationship, Joel and Anne welcomed their first son in September 2020. 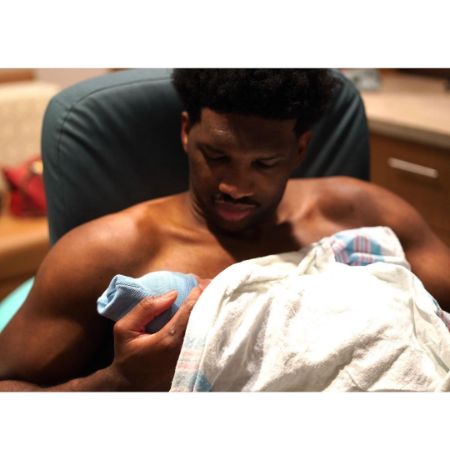 Joel Embiid posted a picture of him and his son, Arthur, on Instagram. SOURCE: [email protected]

Joel and his girlfriend, Anne, gave birth to their son Arthur Elijah on September 17th, 2020. The couple named their kid after Embiid's late brother. Both lead a life in the smack-dab middle of the spotlight. The duo prefers to keep their child away from the media.

After their kid was born, the NBA star and the Brazilian model took to their social media to announce the news. On September 25th, Joel posted about the birth of his son on his Instagram account. And the following day, Anne posted a picture welcoming her son.

Sound of the wedding bell soon?

After dating for years and welcoming a child, Joel Embiid and Anne de Paula remain blissfully in love. However, to date, both things for the couple haven't moved up from the relationship. As such, no news about their engagement has come to light yet. It further begs the question, is marriage on the table for Joel and Anne? 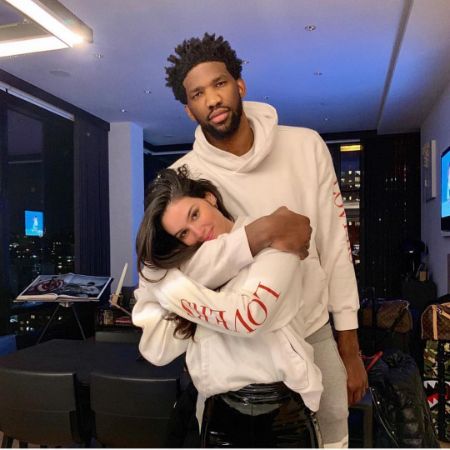 Joel Embiid and his girlfriend, Anne de Paula, took a picture together on their date in Paris. SOURCE: [email protected]

Throughout their affair, Joel and Anne stay entirely loyal to each other. And over the years of their relationship, Joel wasn't linked to any other women for any flings. Similarly, his girlfriend and the mother of his child stayed miles away from any scandals throughout her life.

Joel Embiid leads a luxurious life with a net worth of millions!

As of 2022, Joel Embiid leads a luxurious life thanks to his wealth. And over the years, Joel earned millions of dollars. Currently, the Philadelphia 76ers athlete holds an estimated $40 million as his net worth. Joel Embiid and the mother of his child, Anne de Paula, posted about the death of his dog. SOURCE: [email protected]

Joel signed a four-year contract with the Philadelphia 76ers. Likewise, many call the deal a super-maximum contract extension. And the talented athlete will earn $196 million over four years.

Joel earns millions a year as his salary!

In the initial years of his career, Joel earned a salary of somewhere between $24 million to $25 million. And as his years in the NBA flowed, Embiid started making much more. Currently, the 76ers player earns an estimated amount of $31 million as his annual salary.

Although he bags millions from the Philadelphia 76ers, Embiid also draws money from his endorsements. Over the years, big brands signed a sponsorship deal with Joel. And currently, the NBA star holds a contract with Amazon, Mountain Dew, and Electronic Arts.