Gossip Who is Dwight Howard Married To? Know About His Married Life, Children, Divorce, Family, and Relationship Status

Who is Dwight Howard Married To? Know About His Married Life, Children, Divorce, Family, and Relationship Status

Yes, Dwight Howard keeps himself busy on the basketball court, but his love life stays as active as his professional life. Howard, the former NBA player, fathered five children throughout his life. Similarly, all of his five kids were welcomed by five different women. However, none of these ladies managed to tame Dwight's heart. And so he didn't marry any of them.

Although Howard came close to tying the knot once, he and his fiance later decided to call off the wedding. Please find out about Dwight's relationships and the kids he fathered in the article below. His love life may have gone south multiple times. But Howard's professional life found a new life in the T1 League.

Despite the apparent age gap, Dwight Howard and Te'a Omari Cooper almost wedded. Howard and Omari have eleven year of age difference. The duo started dating in 2019, the ex-NBA athlete was thirty-three, and Te'a was twenty-two. 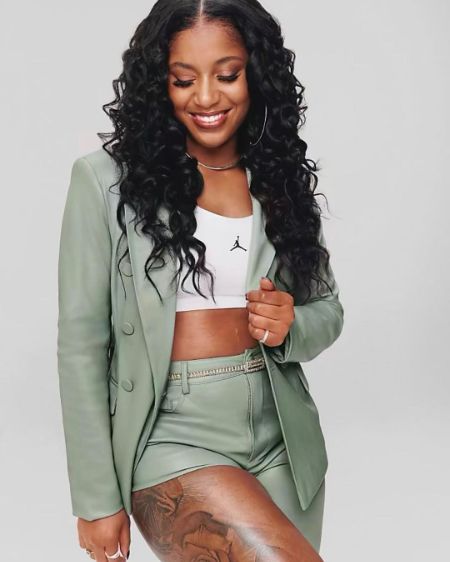 Te'a Omari Cooper was engaged to Dwight Howard but called it quit in 2021. SOURCE: [email protected]

After a couple of months, Omari and Dwight found each other the perfect partner. And shortly after that, the eight-times All-Star basketball player and Te'a decided to get engaged. For two more years, they remained in a relationship.

Fans allegedly believed that Te'a and Dwight married somewhere in private. However, Te'a and her supposed husband never spoke about their wedding throughout their relationship. And years later, it remains unconfirmed if Howard and Omari got hitched.

By April 2021, Te'a confirmed her split with Dwight. The WNBA star talked about her breakup in an Instagram Live session. In the live session, Omari commented she wants nothing to do with her ex. And after a year of her split with Howard, she's in a relationship with Alvin Kamara from the New Orleans Saints.

Dwight Howard is an attractive man; that's a fact. And over the years, Howard dated many women. Similarly, Dwight became a father in five of his past relationships. 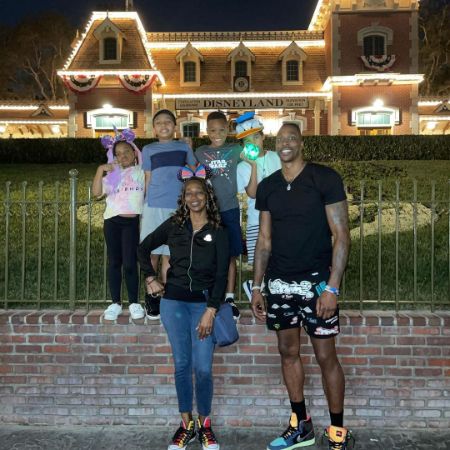 Starting in 2007, Dwight welcomed a son with Royce Reed. Howard and Reed gave birth to Braylon Howard on November 18, 2007. However, things between him and his first baby momma haven't been pretty since their breakup.

Howard and his second public partner, Tiffany Render, became parents in October 2010. Similarly, Render gave birth to a daughter and Dwight's second child. And the NBA star named his daughter Layla Howard. After that, Dwight welcomed another daughter, Jayde Howard, in December 2010. Jayde's mother is a fitness model from Canada, Hope Alexa.

The only problem Dwight Faced with his ex was with Braylon's mom, Royce Reed.

Dwight Howard's love life is one messy place. However, his relationship with Royce Reed may be the most controversially intuned. From defamation lawsuits to child abuse allegations, Dwight went through all of them because of Reed. 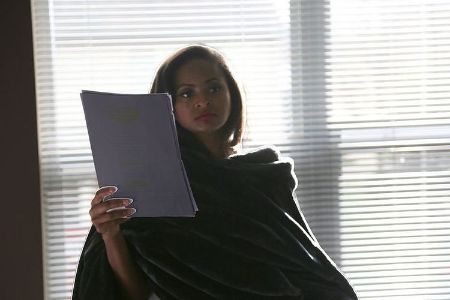 After dating and mothering a child with Dwight, Royce found a more prominent spotlight than ever. She became a part of Basketball Wives in the early 2010s. Royce commented on Howard's name at least eleven times, which breached the settlement between her and Dwight.

At first, Dwight's legal team demanded $500 million out of Royce. But later, she and Howard settled out of court for $500,000. Later in 2014, Reed claimed that her son, Braylon, was abused by his father, the NBA star.

Howard admitted laying his hands on Braylon, but only to discipline his child. The NBA star stated he was raised in the same way. The authority dropped the charges, and Dwight didn't face any charges. The 2020 NBA champion also went through a civil case with Royce over the custody of their kid.

Almost a decade later, Royce Reed finds herself surrounded by controversy. In 2022, Reed faced jail time on the charges of child neglect. However, even Braylon Howard became a part of the scandal. 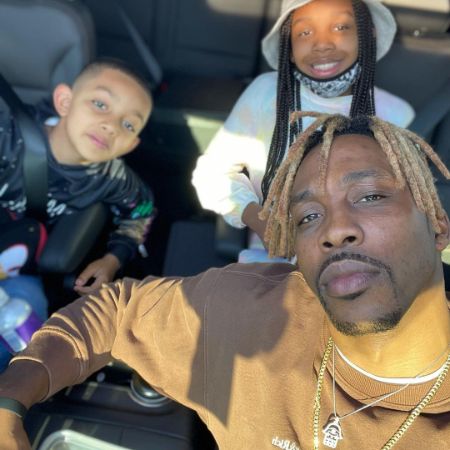 Dwight Howard took pictures with his kids in his car. SOURCE: [email protected]

Allegedly, Braylon's inappropriate actions toward someone younger than him caused massive outrage. And according to court documents, Reed's child receives professional help regarding his impulse.