Gossip Who is Anthony Rizzo Married To? His Children, Wife, Relationship Status and Wedding

Who is Anthony Rizzo Married To? His Children, Wife, Relationship Status and Wedding

One of the many things a man wants is to marry the one he loves and vice versa. And the Anthony Rizzo of the New York Yankees tied the knot with his lover, Emily Rizzo née Vakos. And even after years of the holy union, Rizzo and his wife remain in a blissful relationship. The moment Anthony saw the woman who'd be his wife, the MLB star knew Emily was the one. After only a year into their relationship, Rizzo proposed to his girlfriend.

Anthony is attractive, and any woman would love to have him as their husband or boyfriend. And the lucky woman who calls him her life partner met Rizzo while he was playing for the Cubs. Despite gaining a massive spotlight after her marriage, Vakos prefers a quiet life. Read all about Rizzo's wedding and more in this article!

Anthony Rizzo arranged everything beforehand to make it memorable!

Despite only knowing Emily Vakos for a handful of years, Anthony Rizzo knew she was the one. After dating Emily for about a year, Rizzo took the initiative and asked for her hand in marriage. And so the MLB athlete and Vakos tied the knot in a private setting. 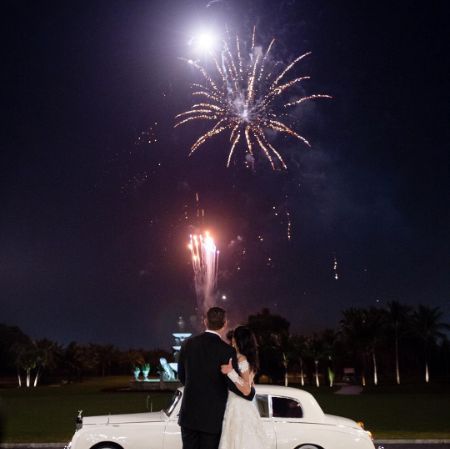 Emily and Anthony first met in 2016, and the baseball player was in Arizona for training. And besides his training, Rizzo also found his other half. Soon after that, Anthony asked Emily out, and she said yes.

A year later, Anthony proposed to Vakos at Lake Michigan. The athlete even made the event more memorable by arranging a fireworks show to commemorate the special day. Rizzo also claimed he was nervous he'd lose the ring, but fortunately, everything went according to his plan.

The baseball star wanted to surprise his soon-to-be wife, even blow her mind. And Rizzo stated he succeeded in making his proposal memorable for his love.

Anthony Rizzo and his girlfriend wedded in an intimate setting!

Now every baseball lover knows the name, Anthony Rizzo. As a celebrity, many sacrifice their privacy with every success they earn. But, the MLB athlete wanted to keep his and Emily Vakos's wedding away from the media. 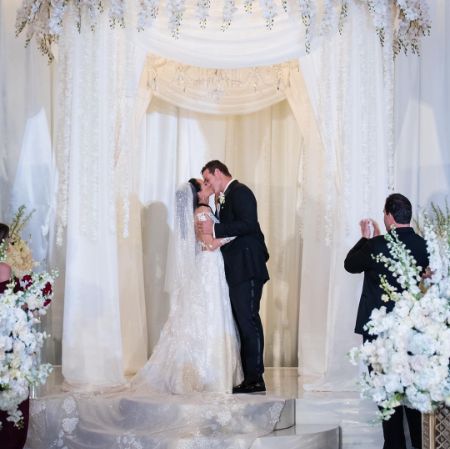 Anthony Rizzo and his wife, Emily Vakos, married in an imitate ceremony among their loved ones. SOURCE: [email protected]_44

As such, when the news about Emily and Anthony's engagement came, the date of their big day stayed unknown. Even to them, it remained a mystery; Rizzo hadn't planned his wedding date yet. But their engagement became a cause of celebration even in the Chicago Cubs locker room. Rizzo's teammates at the Cubs surprised the athlete with a cake after a few days when Vakos said yes.

And a year rolled by, but Rizzo kept his wedding with Emily a secret from the world. And after 2018's Christmas, Anthony and his girlfriend tied the knot a few days before New Year. The MLB star and Vakos became husband and wife on December 29, 2018.

With the world keeping an eye on the talented MBL star, Emily Vakos and Anthony Rizzo married in an intimate wedding. Likewise, the duo invited only close friends and family to their big day. And among these people was Kris Bryant, Rizzo's ex-teammate.

Kristopher served as one of the groomsmen at Anthony's wedding. Similarly, the wedding itself was rather timid compared to many other marriage ceremonies of a star athlete. And as the wife of Anthony, Emily changed her last name to Rizzo.

Anthony Rizzo and his wife, Emily Rizzo, are yet to become parents.

Almost four years after their wedding, Anthony Rizzo and his wife, Emily Rizzo née Vakos, have yet to become parents. However, in 2020, the married couple adopted a puppy. Emily and her husband named their pet Kevin. 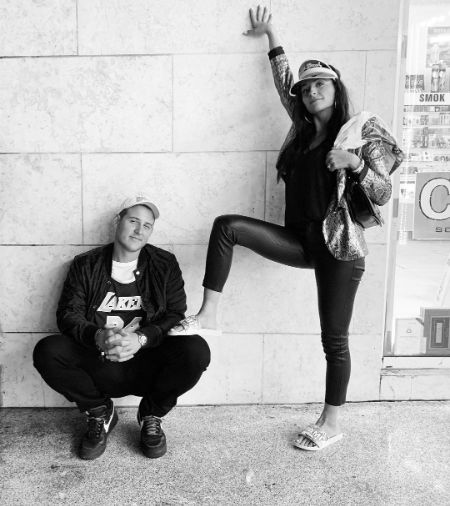 Anthony Rizzo and his wife, Emily Vakos, have been married almost four years but have yet to become parents. SOURCE: [email protected]_44

Since Emily enjoys her life away from the spotlight, much about her stays a mystery to the people. Similarly, Rizzo's wife keeps her Instagram private. But Anthony and his spouse might be waiting for the right time to become a mom and a dad.

Anthony is very good with kids. Likewise, he and his nephew, Vincent, are very close. Similarly, Rizzo and his family do charitable work for children's health care. And in August 2017, Anthony Rizzo Family Foundation gifted Lurie Children's Hospital a whopping $3.5 million.

Even on his Instagram post, Anthony is seen to love kids, showing that he'd be a great dad. Now the couple might be waiting for the right time to be parents, but the married couple might already be ready to become one.

Soon after the marriage, Anthony Rizzo sold his South Florida mansion. What's more, the former Cubs player should his house for a whopping $2 million. Moreover, he bought the house in 2013 for $1.83 million. 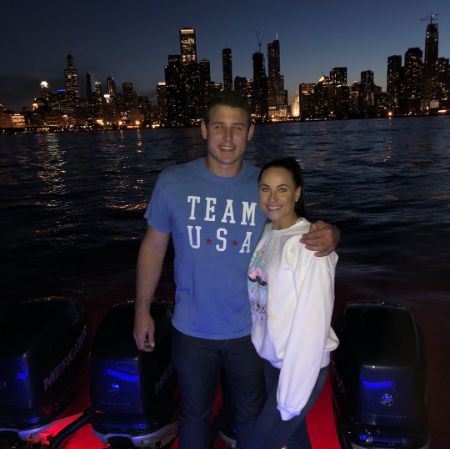 Anthony Rizzo and his wife live in a lavish house worth millions. SOURCE: [email protected]_44

After selling his house, Rizzo purchased a mansion in Lauderdale, Florida. And his new home cost Anthony quite a fortune. Anthony's new place cast the talented athlete a mind-boggling $4.5 million. However, it was worth the cost as it was a better option for a family.

Although the talented baseball star loves sharing his daily routine with his fans, his current residents stay a mystery. However, looking at his posts on social media, Anthony lives in a lavish house with his wife.