Gossip What is Terry Rozier's Net Worth and Earnings? Know About His Contract, Net Worth, Earnings, Injury and Stats

What is Terry Rozier's Net Worth and Earnings? Know About His Contract, Net Worth, Earnings, Injury and Stats

NBA players are some of the wealthiest athletes in the world, and yes, Terry Rozier also owns a massive net worth. Over the years of his career, Rozier collected millions of dollars. And currently, Terry brings in an eight-figure salary annually. Astonishingly, the player from Charlotte Hornets is presently listed as the 29th best-paid guard in the NBA.

Terry started his career with the Hornets in the 2019-20 season and became an NBA team's mainstay. Rozier began playing basketball in his childhood. And became proficient in the sport by his high school years, and Terry broke out as a basketball player at Shaker Heights High School. But he later transferred to Hargrave High School in Virginia. Interestingly, the talented athlete's college game was at the University of Louisville. And by the end of his university days, he was drafted by the NBA team Boston Celtics.

Terry Rozier sits out on the Hornets vs. Kings match!

After suffering a hip injury on December 18, 2022, Terry Rozier sits out on the Sacramento Kings vs. Charlotte Hornets. While the Hornets bagged the win with a score of 125-119, Terry wasn't part of the game. To shed more light on Rozier's injury, he suffered a right hip contusion on Sunday's game against Denver Nuggets. 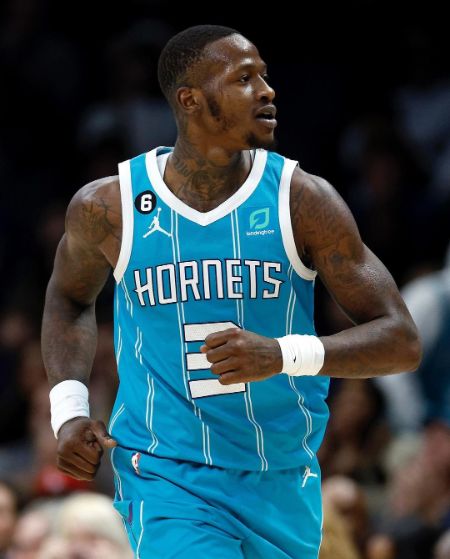 Terry Rozier suffered a hip injury causing him to miss out on the Hornets vs. the Kings match in December 2022. SOURCE: [email protected]

It wasn't the only injury that Terry suffered in the 2022 season. At the very beginning of the 2022 season, Rozier injured his ankle. But, the talented basketball player recovered quickly and went on to have a great season until he hurt his hip recently.

Despite Terry missing out on the recent game, the point guard will hopefully play in the match against Los Angeles Clippers on December 22, 2022. Despite the few missed games, Terry's state in the 2022 season stays impressive.

Rozier's stats in the 2022 season are among the best in all his years. Likewise, currently, Terry holds this career-high point of 20.9. Similarly, his minutes played are also at an all-time high, with 36 min played.

Terry Rozier is counted as one of the highest-paid athletes in the United States. And as of 2022, Charlotte Hornets pay Terry a whopping $24 million yearly. And as such, Rozier owns a massive net worth, currently estimated at $10 million. 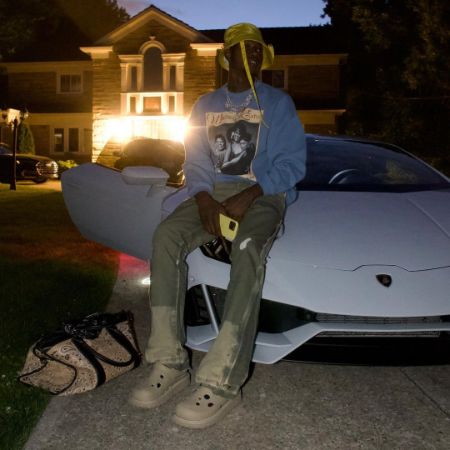 Terry Rozier commands a net worth of millions as a basketball player. SOURCE: [email protected]

And over the years of his incredible athletic prowess, Rozier currently earns impressive income. And apart from his salary from the Hornets, Terry also draws income through sponsorships and endorsements. And before joining his current team, Terry held an endorsement deal with Puma.

Although the talent also wore Nike shoes in the past, Terry decided to stick with Puma. And true to his words, Rozier stuck to the brand throughout the years. And from his sponsorship deal with Puma, the Charlotte Hornets point guard earns an estimated $2 million per year.

With millions in his pockets, Terry leads a lavish lifestyle. And as of 2022, the NBA star owns multiple luxurious cars. However, he seems to prefer his white Lamborghini. The starting price of a Lambo is $200,000 and upwards. Likewise, the talented athlete also owns a house worth hundreds of thousands. But the details about his real estate properties stay in the murky waters.

Terry signed a four-year deal with Charlotte Hornets for a whopping $90 Million!

Terry Rozier initially started playing for Charlotte Hornets in 2019. Rozier first signed a contract for three years on July 6, 2019. And at the time, the Hornets offered him a whopping $56.7 million in three years. 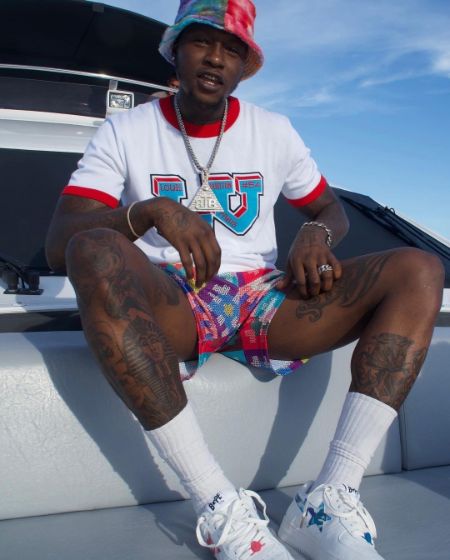 After his contract extension, Terry Rozier will bag $97 million in four years with the Hornets. SOURCE: [email protected]

Seeing the worth of Terry as an athlete, Charlotte Hornets decided to entice the player. And in 2021, the Hornets promised him a whopping $97 million extension contract. As such, Rozier will be playing under their banner throughout the 2025-26 seasons.

In 2022, Terry is counted as one of the highest-paid athletes. Rozier brings in a whopping $24 million yearly. And that's without the added income from endorsement deals.