News What If, Ecuador is Out From 2022 FIFA World Cup

What If, Ecuador is Out From 2022 FIFA World Cup

After the recording was published to the public, tensions rose in the Ecuador Football Federation. They face being kicked out of the World Cup after Sportsmail obtained new evidence of a shocking admission of players. The surprising news came to the public just a few days before their Appeals Commission is due to rule on the matter on Thursday.

If Ecuador is given a clean sheet for the incident, then there won't be any changes in the schedule; otherwise, Group G will have a new member. 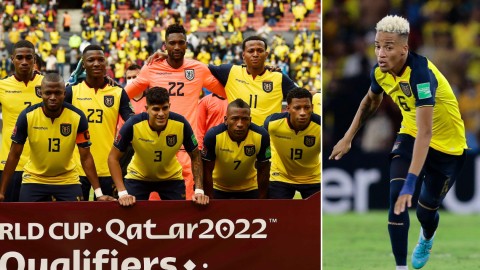 Ecuador team could be disqualified from the 2022 World Cup SOURCE: Pinterest

According to sources, If Ecuador is punished, Chile is the favorite to book their ticket to the upcoming 2022 FIFA World Cup in Qatar. Ecuador has been placed in Group A alongside Qatar, Senegal, and the Netherlands.

The chances of Peru qualifying for the World Cup are also tight as they placed fifth in the South American qualifying campaign. However, Chile will move from seventh to fourth on goal difference. The pressure will be on FIFA to reconsider the case as all eyes will now be on the Appeals Commission's verdict.