News Ecuador Could Be Out From 2022 Qatar FIFA World Cup

Ecuador Could Be Out From 2022 Qatar FIFA World Cup

Ecuador National Football team could be removed from Qatar's upcoming 2022 FIFA World Cup. The event is set to start on November 20, and the opening game is between Qatar and Ecuador. Several new pieces of evidence, including a shocking admission from one of their players of using a false birth certificate, 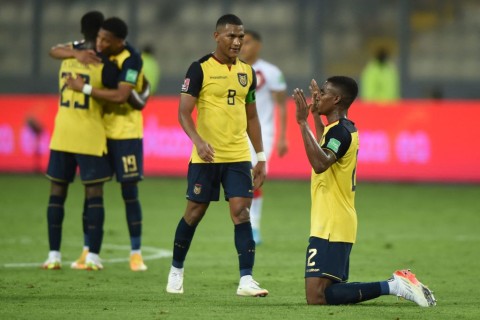 As per the reports published by a local magazine in Ecuador, Byron Castillo is heard in a recording making an admission that he was born in 1995 rather than in 1998, which is mentioned in his Ecuadorian birth certificate. Castillo revealed an Ecuadorian businessman gave him a new identity after he left Colombia to pursue a career in football.

Castilo has been investigated for several offenses, including alleged phony identities and an apparent cover-up by the Ecuador Federation. As per sources, his original birth name is Bayron Javier Castillo Segura. FIFA started the investigation in April after the Chilean FA protested the player's nationality.