Walter Chala is a professional football player who plays for Universidad Catolica of the Ecuadorian Serie A. His main position is a forward, and he wears jersey number 16. Apart from playing as a forward, he can also perform great in the position of a Left Winger and Right Winger.

Since August 3, 2018, Chala has been playing for Universidad Catolica of the Ecuadorian Serie A. Apart from that, Chala is one of the most experienced footballers who has been a part of multiple teams in the past. In addition to that, Chala has also played for the national football team of Ecuador.

Career Earnings: Details on His Salary & Net Worth

The majority of Chala's income comes from being a professional footballer. As we know, he has played for multiple teams. So, being a part of those teams, Chala may have earned a decent fortune. However, the actual amount of his salary remains unknown as none of the verified outlets have given the info.

As per a source, a football player in Ecuador has an average salary of $16.954 or an equivalent hourly rate of $8. As Chala is also a national footballer, he may take home in the same range. According to Transfermrkt, Chala's market value is €700Th, but it is not the highest value. 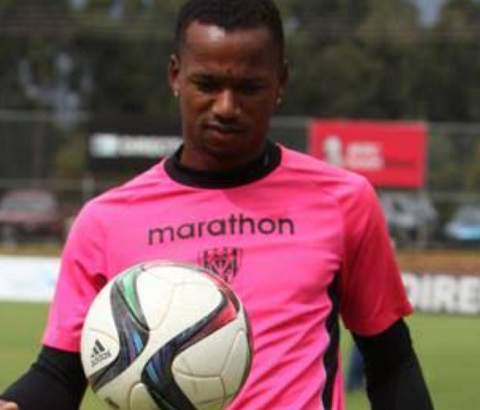 On July 30, 2016, Chala had a market value of €1.60m. In addition to that, Chala may also make money from sponsorship and endorsement deals.

Is Chala Dating a Girlfriend?

Well, the professional footballer Chala has not opened up about his love life in the media. So, it is unknown whether he is dating someone or not. Due to his private nature, we are unable to expose info about his girlfriend or wife.

Moreover, Chala is also a person who prefers to keep his love life far from the media prominence. So, till now, Chala has not been involved in any rumors or controversies regarding his love affair. In the same way, Chala does not have much presence on social media, making it more challenging to know about his partner.

You May Read: Jhegson Mendez

Well, Chala was interested in playing football from an early age. So, he aimed to pursue a career in it and is now doing good in his life. In 2010, he joined Deportivo Cuenca, and while representing the team, he appeared in 19 games, scoring seven goals.

Later, he got signed with Rubin Kazan, but for the 2011-12 season, he was loaned to Deportivo Cuenca. The following season, Chala made 32 game appearances for Neftekhimik Nizhnekamsk and also scored three goals. Walter Chala in one of his professional games  SOURCE: Twitter @aillingworth96

In 2015, he moved to Independiente DV and represented the team in 17 professional games. In 2016, Chala appeared in 41 games and scored 14 goals for Deportivo Cuenca. And in 2017, Chala played in just one match representing Barcelona SC. Also, Chala got a chance to play for Correcaminos UAT.

Apart from that, Chala made his debut in the national football team of Ecuador on March 29, 2021, while playing against Bolivia.

Chala was born Walter Leodan Chala Vazquez on February 24, 1992 in Valle del Chota, Ecuador. So, Chala holds Ecuadorian nationality, and he stands at a height of 5 feet 11 inches (1.80m).

Apart from that, Chala is a private who prefers to keep his personal matter away from the media. So, there are no details about Chala's parents and other family members.