A Brazilian Mixed Martial Artist Virna Jandiroba currently competes in the strawweight division of the Ultimate Fighting Championship. Earlier, she was signed to the Invicta FC where she was a strawweight champion. Also known by her nickname Carcara, Verna is associated with Team Velame Academia Fight House. She is also a Black belt in Brazilian Jiu-Jitsu.

Virna Jandiroba is scheduled to fight Felice Herrig on August 15, 2020, at UFC 252. Before that, let's take a look at his biography and know everything about his UFC and MMA career, Salary, Net worth, Relationship, Family, and Childhood. 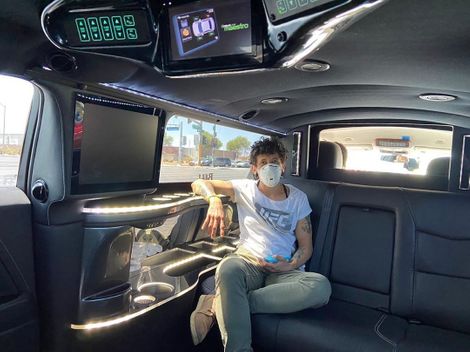 Earlier, she was signed to the Invicta FC where she was a strawweight champion. She also earned huge money from the promotion. Besides, she has also fought under different promotions and made some money for living.

Virna who is at the beginning of her UFC career seems to be quite focused on her fights. She has not yet disclosed her relationship status night has revealed her sexual orientation. She probably is unmarried and is not dating anyone.

Virna Jandiroba was born on May 30, 1988. She is 32 years old as of August 2020. She was born in Serrinha, Bahia and holds a Brazilian nationality.

Virna is associated with Team Velame Academia Fight House and is trained by Luiz Dórea. She has an MMA record of 15-1 and is 1-1 in the UFC. She is also a former Invicta FC strawweight champion.