Virgil van Dijk is a world-class Dutch professional football player. Currently, he plays as a center-back for the Liverpool, England-based Club Liverpool. F.C. Also, the Dutch athlete is also valued as one of the prominent defenders of the world. Moreover, he is also an essential member of the Netherlands national team and has recorded 49 games internationally.

The majority of the people are very well aware of his defending talents. However, Virgil is mainly known for his strength, good technique, and practical set-piece taker ability. His gifted talent got heart-warming praises from some of the football experts and coaches. Even football GOAT Lionel Messi even marked him as the most strenuous defender to beat. "He is very good with the ball judgment," said Messi. Prior to competing in the English Premier League, he firstly played professional football at clubs like Groningen, Celtic, and Southampton.

Personal Facts And His Relationship With His Dad

Virgil's birth is Virgil van Dijk only. The Liverpool star was born on July 8, 1991, in Breda, Netherlands. His age at the moment is 31, and he is a right-footed player. Liverpool Jersey number 4 Virgil's zodiac sign is Cancer. He is a Dutch citizen born with a mixture of Dutch and Surinamese parents. His father is of Dutch nationality, while his mother is of Surinamese. Ron van Dijk is his father's name, and Hellen Fo Sieeuw is his mother's. Digging through his details we learned that Virgil has not a good relationship with his father, Ron, as they always had family feuds between them. For your concern, Ron abounded Virgil, and he was never there in his upbringing.

Also, it is the reason behind keeping his first name on his soccer jersey, as stated by his uncle Steven. Thus, Virgil had to go through difficult phases in his early life. At the start of his footballing journey, he worked as a restaurant dishwasher. Despite becoming wealthy and popular now, he never forgets where he came from. What is more, Virgil has two siblings. They are Jordan van Dijk and Jeniffer van Dijk. Furthermore, all of the Dijk family are truly devout Christians.

Insight Into His Physical Stature

The talented Dutch center-back Virgil is a heavily built, strong, and tall athlete with an impressive height of 6 ft 4 inches or 1.93m. His remarkable height has been very beneficial in his career due to his high reach advantage. Virgil weighs over 92 kg and has long, curly hair with a wheatish skin complexion.

His Professional Carer at Liverpool FC

Virgil Van Dijk, the world-class center-back, came from a struggling family background. Despite that, it never hampered his love and passion for football. The lad used to play soccer wherever he could. In 2009, he joined Willem II when he worked as a dishwasher at a part-time job. He was struggling to fit into his first team. Afterward, he switched to Groningen the following year. After so much hard and dedication, Virgil made it to the Groningen first team in 2011 and began his soccer journey. For Groningen. 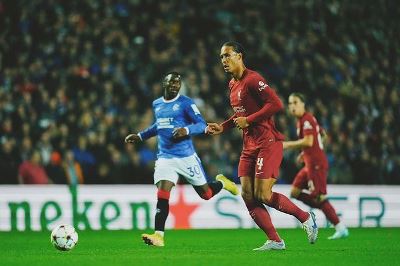 Virgil made his debut as a substitute player coming in the 72nd minute against ADO Den Haag on 1 May 2011. Later for the 2013-14 season, he joined Celtic for two years. The Netherlands international registered 76 games there with one goal in his stats. On September 15, 2105, he joined English Premier League, signing a contract with Southampton for a reported fee of €15 million. Subsequently, adding four goals in 67 league matches, Virgil finally joined fellow club Liverpool FC on December 27, 2017. As of today, he has played 137 games adding 14 goals to his tally.

Is Virgil The Highly Paid Footballer at Liverpool?

No doubt, Virgil is one of the most crucial players for Liverpool FC, who has vastly contributed to the team in capping several trophies. He is, however, not the highest-paid footballer. The Egyptian star Mohamed Salah is the spot the number 1 ranks with an astronomical pay of £20,80,000. Nevertheless, Virgil is the second-highest-earning player at Liverpool. He accumulates £2,40,000 in a week and £12,480,000 per annum. With impressive professional earnings, he lives a simple and comfortable lifestyle with his family in England. 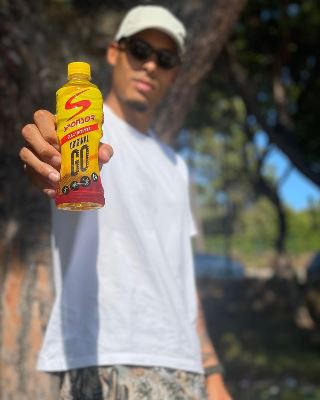 Notably, £3,224,000 is his annual earnings while playing at Southampton and £8,84,000 at Celtic. Also, he is considered the wealthiest Dutch footballer. With such a name and fame, he definitely generates finances from other sources. His dedicated nature made him the player he is now. Moreover, the market value estimates his worth €55 million. In addition, his was worth €100 million in September 2019.

Virgil has a strong presence on his social platforms, leading him to earn income. The top companies and brands constantly look for the most known player, which Virgil is. Such brands like Nike are his sponsors, which pays him well for his role.

His marital status is married. Virgil is a genuine and honest guy. He is married to his childhood lover Rike Nooitgedagt. The player is very loyal to her. Rike has been supporting him in all the ups and downs of his life. The quote behind, "Every successful man there is a Woman," really suited Rike observing her contribution to Virgil. Before tying their permanent knot, the lovebirds dated for a long time. Several popular celebrities and footballers are invited to their wedding party in 2107. 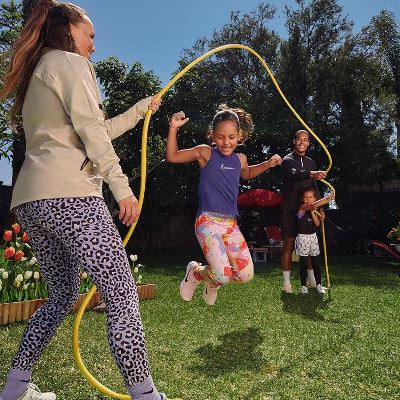 For your Knowledge, Virgil is the proud dad of his two children Nila Van Dijk and Jadi Van Dijk. The couple is lighting up their Instagram handles with loving family photographs. The couple has maintained their personal and professional despite having so much fame and popularity.

As said earlier, Virgil is one of the most known footballers in the world. He got even more famous after joining Liverpool FC. With his defending mastery, Virgil has successfully gained a huge number of followers on his Instagram account. His Instagram ig goes by the username @virgilvandijk. To get updated about his life, we may visit his Instagram, as he has shared almost everything there.