Victor Perez was born on September 2, 1992, in Semeac, Hautes-Pyrenees. He rose to fame only after his successful career in golf so, there is not much information about his early life with the media. After graduating from High School, Victor enrolled at the University of New Mexico. Victor stands Six feet and six inches tall and weighs 86 kgs.

Victor has an estimated net worth of more than $3 Million. Perez credits most of his net worth to his successful career in golf. Perez currently plays in numerous events around the world. He made more than $100,000 in his rookie year at the European Tour. Then in the following year, Victor earned more than $2.2 Million from just a single season. Last season, the French golfer made $1.8 Million. 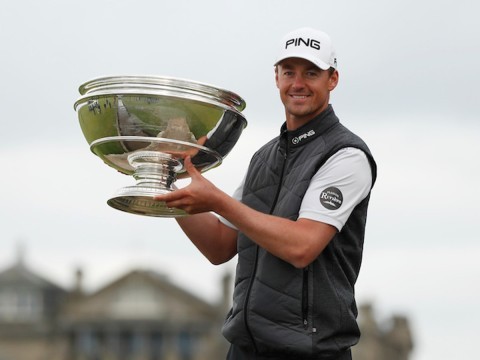 Victor has played in just two seasons in the PGA Tour and took home more than $160,000 as his prize money. He is very much early in his career and shall be earning much more in the days to come. Bernd Wiesberger is a rising Austrian golfer with a net worth of more than $2 Million.

Victor is involved in a romantic relationship with his longtime girlfriend, Abigail. The love birds have been dating each other for more than three years. Abigail is a dental student. He is an active social media user and keeps posting their photos.

Victor played amateur gulf in his early life. He won numerous events like the 2010 Grand Prix du Modec, 2012 Aggie Invitational, and 2013 Grand Prix de Chiberta. Perez turned professional in 2015 and made his debut in the Open Frassanelle. He won the Alps de Las Castillas, finishing the season fifth in the Order of Merit, and earned his place on the 2017 Challenge Tour.

Victor finished the 2019 season ranking in 45 and qualified for the 2020 Masters Tournament. In early 2020, The golfer was a runner-up in the Abu Dhabi HSBC Championship. Perez is having a good season in his first Arnold Palmer Invitational.