Martin Laird is a well-known Scottish professional golf player. He has been playing professional golf since 2004. Martin played in the Nationwide Tour in his early career and then moved to the PGA Tour in 2008. Laird has won six events in his career, including Four PGA tours, one Korn Ferry Tour, and Other.

Martin Laird was born on December 29, 1982, in Glasgow, Scotland. He is the son of Charles Laird and his wife. Martin holds a Scots nationality and is of Scottish descent. Laird stands six feet and two inches tall and weighs 86 kgs ( 190 lb). Martin started to play golf as a left-handed but eventually switched to playing right-handed.

Martin Laird is one of the highest earnings PGA golfers and has made millions from his career. Laird has an estimated net worth of $15 Million. He has earned most of his net worth as his prize money from several events around the world. His golf career earnings are reported to be $20,839,324 to date. Besides, she has made an additional sum of money from sponsorships, endorsements, and more. 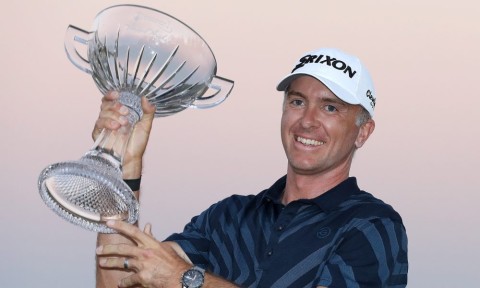 Last season, Martin took home more than $230,000 as his prize money from twelve PGA events. He earned $850,000 as his prize money in his rookie year at the PGA Tour. In the following year, Laird made more than $1.3 Million. In the 2010/11 season, Martin earned $2.7 Million from PGA Tour, which remains his highest earning in a single season in his career.

Martin tied his wedding knot with Meagan Franks on July 31, 2011, in Steamboat Springs, Colorado. They had a private wedding ceremony. Laird and Meagan have been dating each other for some time before tying their wedding knot. His spouse Meagan is the daughter of golf professional Hank Franks. 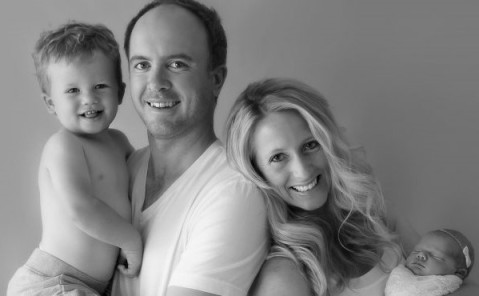 Martin with his wife and two children SOURCE: MartinLaird

Soon after the wedding, Martian and Meagan welcomed a son named Jack. The golf player has become successful in keeping his personal life away from the limelight. As per sources, They had a second child, Hannah, shortly after Jack's birth but have not shared a word about the family's new member. They also have another son, Andrew.

Scotland, Native Laird qualified for the Nationwide Tour in 2005 and played until 2007. In 2007, He qualified for the 2007 U.S Open but could not have a great start. Martin made his PGA debut in 2008 and ended the year ranked 268 in the World Rankings. He won his first PGA Tour, winning the Justin Timberlane Shriners Hospitals for Children Open. Laird became the highest-ranked Scot in the Official World Golf Rankings, rising from 237 to 108.

In 2011, Martin won Arnold Palmer Invitational. He finished the 2011 season ranking at no.21 in World Golf Ranking, which remains his highest in his professional career. He has had ups and downs in his professional career. In 2020, Laird won his last PGA event of Shriners Hospitals for Children Open. In the ongoing 2021 Arnold Palmer Invitational. Martin is one of the contenders to win the event along with Victor Perez and Bo Hoag.