Bo Hoag was born on July 25, 1988, in Columbus, Ohio. He was born to Kim Hoag and his wife, Wes Hoag. Bo attended Upper Arlington High School where he was a star player and later attended Ohio State University. Hoag stands six feet and two inches tall and weighs 84 kgs (185 lbs).

Bo Hoag has an estimated net worth of more than $1 Million. Bo has accumulated most of his net worth from his golf prize money and several other sources. Bo must be earning a lucrative sum from his sponsorships, prize money, endorsement deals, etc. He earned $48,000 as his prize money in his amateur career. 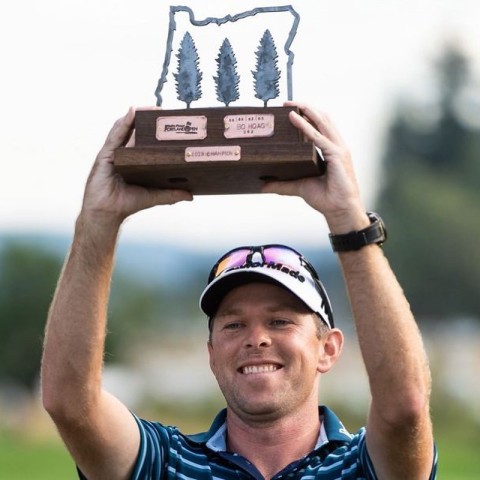 Bo tied his wedding knot with his longtime girlfriend, Kristen Cochran, on January 4, 2020, in his hometown Columbus. The love birds had been dating each other for more than five years before tying their wedding knot. They had a private wedding ceremony where they invited only a few members from both the families and some close friends. There is not much details about his wife in public. 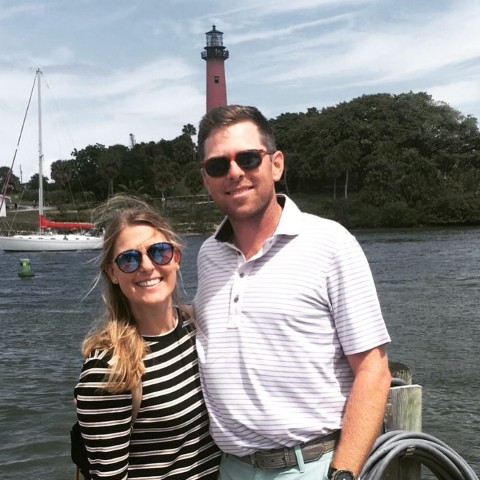 Hoag's wife, Cochran, is very much supportive of her husband. She keeps attending her husband's games regularly. There have been no rumors of the couple having ups and downs in their marriage life. The golf player keeps sharing their photos regularly on his social media.

Bo comes from athletic family background. He was the Ohio Capital Conference League Player of the year for three consecutive years 2004, 2005, and 2006. In his amateur career, Bo won the Upper Arlington's Division I State Championship. He turned professional in 2011 and made his PGA debut at the Honda Classic. Bo started playing in the PGA Tour Canada from 2013 until 2016.

Hoag started playing in the Korn Ferry Tour from 2017 until 2019. He claimed his maiden Title in the WinCo Foods Portland Open on August 11, 2019. After his win, Hoag earned his PGA Tour Card and has played in the PGA since 2019. As of early 2021, Bo is playing in the Arnold Palmer Invitational with Robby Shelton and Matt Every.