Following the family legacy, Vanja Milinkovic-Savic also joined the football world. Moreover, Vanja currently plays for Torino FC. Savic plays as the goalkeeper for the club. Despite how open of a life the footballer leads, he keeps his lovelife as far as he can. Moreover, throughout his career, Vanja managed to keep himself away from any scandals.

As mentioned earlier, Savic enjoys his time away from the limelight. However, this talented athlete occasionally shares his life with his fans. And as such, we managed to gain insight into his romantic life. But, Vanja the goalkeeper for the Serbian national team, hasn't opened up about the lady he loves. Please continue reading to find out about his career history and his personal life!

Vanja Milinkovic-Savic was born on February 20th, 1997. Likewise, Savic was born in Ourense, Spain, to his parents. But, the talented GK holds Serbian nationality. 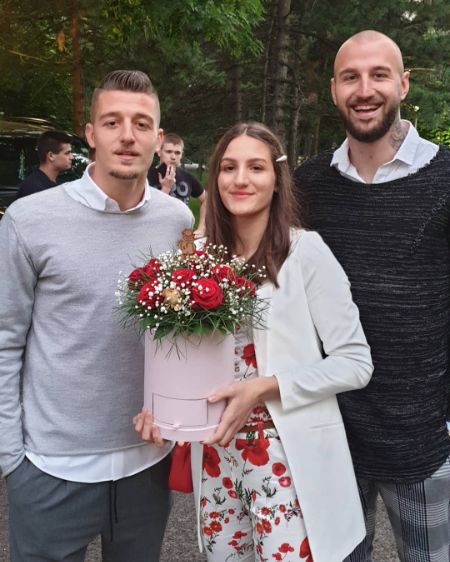 Vanja Milinkovic-Savic and his siblings took a picture together. SOURCE: [email protected]_32

Born into a family of athletes, Vanja's father is Nikola Milinkovic. Moreover, Nikola played as a midfielder for various football clubs. And at the end of his career, he played for USV Markt Hartmannsdorf. However, his mother, Milijana Savic, was a housewife. And so, she mostly remained away from the spotlight.

Vanja grew up with two siblings in the house. Moreover, like him, Vanja's elder brother plays football. Sergej Milinkovic-Savic is Vanja's older sibling. And Sergej plays for Lazio and Serbia's national team.

Vanja and his siblings share a strong bond. Although his little sister likes to stay out of the spotlight, Jana does make an appearance in her brother's posts from time to time.

The goalkeeper of Serbia's national team stands at six feet and eight inches. Or, Vanja Milinkovic-Savic stands at 2.03 meters. Yes, Vanja would tower over an ordinary man.

Vanja is an intimidating figure, not just because of his height. Savic also has a tattoo covering most of his neck. Similarly, he also has some ink on his left forearm and arm.

Given his height, Vanja must be around 80 k.g or above. But, the footballer hasn't talked much about his weight. Likewise, the goalie maintains an impressive body.

How much Net Worth Does Vanja Milinkovic-Savic own?

Vanja Milinkovic-Savic holds an estimated net worth of £2.4 million. Furthermore, as of 2022, Savic has approximately $2.8 million as his net worth. 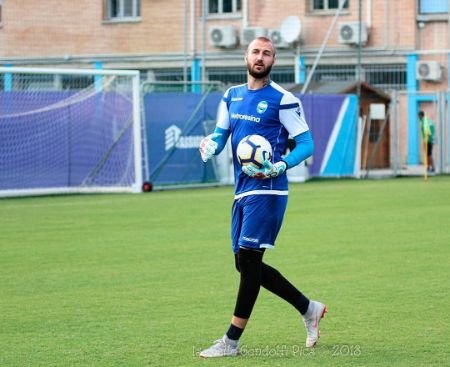 Vanja Milinkovic-Savic posted a picture of him during his practice. SOURCE: [email protected]_32

Torino goalkeeper Vanja earns thousands every week. According to various online sources, Savic makes around £9,000 per week. Likewise, he gains an estimated £460,000 as an annual salary.

Weekly wages aren't the only means to draw income for Vanja. Moreover, he also makes money from sponsorship deals. Savic's most public partnership is with AB1GK gloves.

And with his accumulated wealth, Savic leads a luxurious lifestyle. However, Vanja keeps his assets hidden from the world. The cars and houses owned by this talented goalkeeper remain out of the fan's knowledge.

Vanja Milinkovic-Savic got his start from the youth football club Grazer AK. But he would soon transfer to Vojvodina. Likewise, Vanja joined Vosa in 2006.

Savic stayed with at Vojvodina through the entirety of his youth career. And at the start of his senior career in 2015, Manchester United signed the talented athlete. But, after failing to gain a work permit to play in the UK, Manchester United released Savic from the contract in November 2015.

After the release, Vanja signed a four-and-a-half-year contract with Lechia Gdansk, a Polish football club, on the 26th of November. But, by 30th January 2017, Torino, an Italian football club, would purchase him as a player.

Torino would then loan the talented goalkeeper to multiple clubs over the years. Likewise, on June 29th, 2019, Vanja joined a Belgian club Standard Liege on loan with the option to buy. But, on 15th June of 2021, Torino extended the contract with Savic till 30th June 2024.

Vanja Milinkovic-Savic also started his International career at a young age. Moreover, in 2014, Savic became a part of Serbia's UEFA Under 19 team member. However, he served as a backup to Predrag Rajovic and failed to make an appearance.

The following year, Savic once again served as a backup to Predrag at the 2015 FIFA Under 20 World Cup. What's more, the Serbian team managed to back the gold medal in said tournament. And finally, in 2021, Vanja officially marked his start on Serbia's national football team.

Is Vanja Milinkovic-Savic in a relationship?

Given Vanja Milinkovic-Savic's good looks, many fans believe he is in a relationship. However, the football star hides his lovelife from all his fans worldwide. Likewise, many of his female fans want to know if the six-foot-eight-inches tall Savic is single. 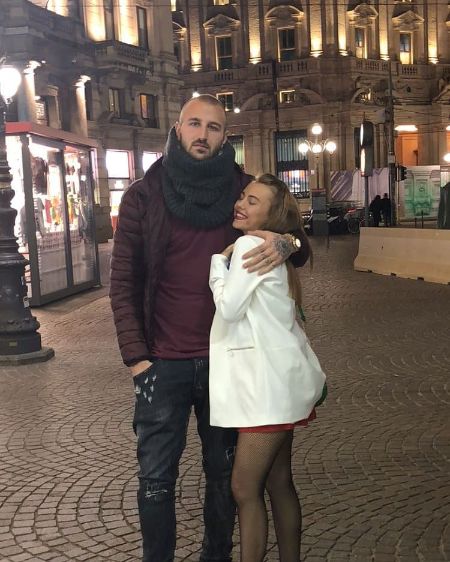 Vanja Milinkovic-Savic shared a picture with a mysterious woman in his arms. SOURCE: [email protected]_32

Vanja is an active man on social media. However, Savic has never posted a picture with a significant other. And it further makes his adoring fans and online sources believe Vanja's single.

Although Vanja enjoys his life at the forefront of the limelight, he also respects his loved ones' wishes to stay away from it. As an athlete in his mid-twenties, Savic obliviously experienced relationships in the past. However, Torino's goalkeeper leaves the names of his ex-girlfriends away from the spotlight.

Savic also stays away from any unsavory scandals. Moreover, as a star who inspires thousands of fans, Vanja keeps his reputation clean. The goalkeeper remains free of any allegation that would drag his name through the mud.

As of 2022, the goalkeeper of Torino, Vanja Milinkovic-Savic, holds a substantial online following. Additionally, Savic's account contains thousands of followers with a massive post engagement. 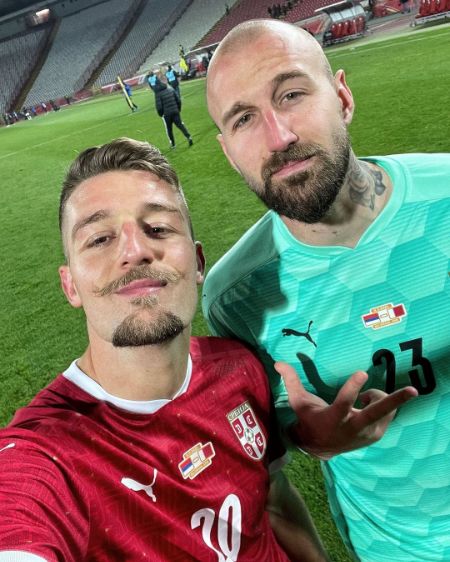 Vanja And Sergej Milinkovic-Savic took a picture together after a match. SOURCE: [email protected]_32

Vanja's family members also make an appearance from time to time. Most notably, his older brother, Sergej Milinkovic-Savic, makes the most appearances in the goalie's IG post. And this shows how strong the bond between the Sevic brothers holds.

Currently, Vanja's Instagram account holds more than 47k followers. Likewise, the footballer keeps his followers updated about his travels and training on IG. And through his post, his fans learned that Vanja loves traveling to exotic places and is a gamer.