Valeri Bure is a former Rusian-American ice player who played for a decade in NHL with several clubs like Montreal Canadiens, Calgary Flames, Florida Panthers, St. Louis Blues, and Dallas Stars. He was picked 33rd overall in the 1992 NHL draft by Canadiens where he played for 4 seasons. Bure played his final season with Dallas Stars in 2003 and took retirement following the surgeries of his injury.

The forty-four years old is married and blessed with three children together with his spouse. Furthermore, his current net worth is approximately $10 million.

Valeri Bure Net Worth and Salary

Previously they also owned a Florida restaurant named 'The Milk and Honey Cafe' before moving to California when they sold the restaurant and started a winery production.

He returned on ice to compete in entertaining figure skating dance show:  Battle of the Bladesin 2010 with Ekaterina Gordeeva. The couple won the show with prize money of $100,000 where Bure donated his share money to Compassion Canada.

Additionally, his wife, Candace Cameron also has an estimated net worth of $10 million.

At the age of 31, in 2005 he retired following his injuries and continued surgeries required. He also mentioned that he wanted to spend more time with his wife and children as one of the main reasons for his early retirement.

25 years my Valentine -P.S. that first pic is our second date.

Bure is married to actress Candace Cameron since June 22, 1996. The couple first met each other at a charity hockey game and tied the knot after two years of dating. The couple was engaged with each other after a year of dating. 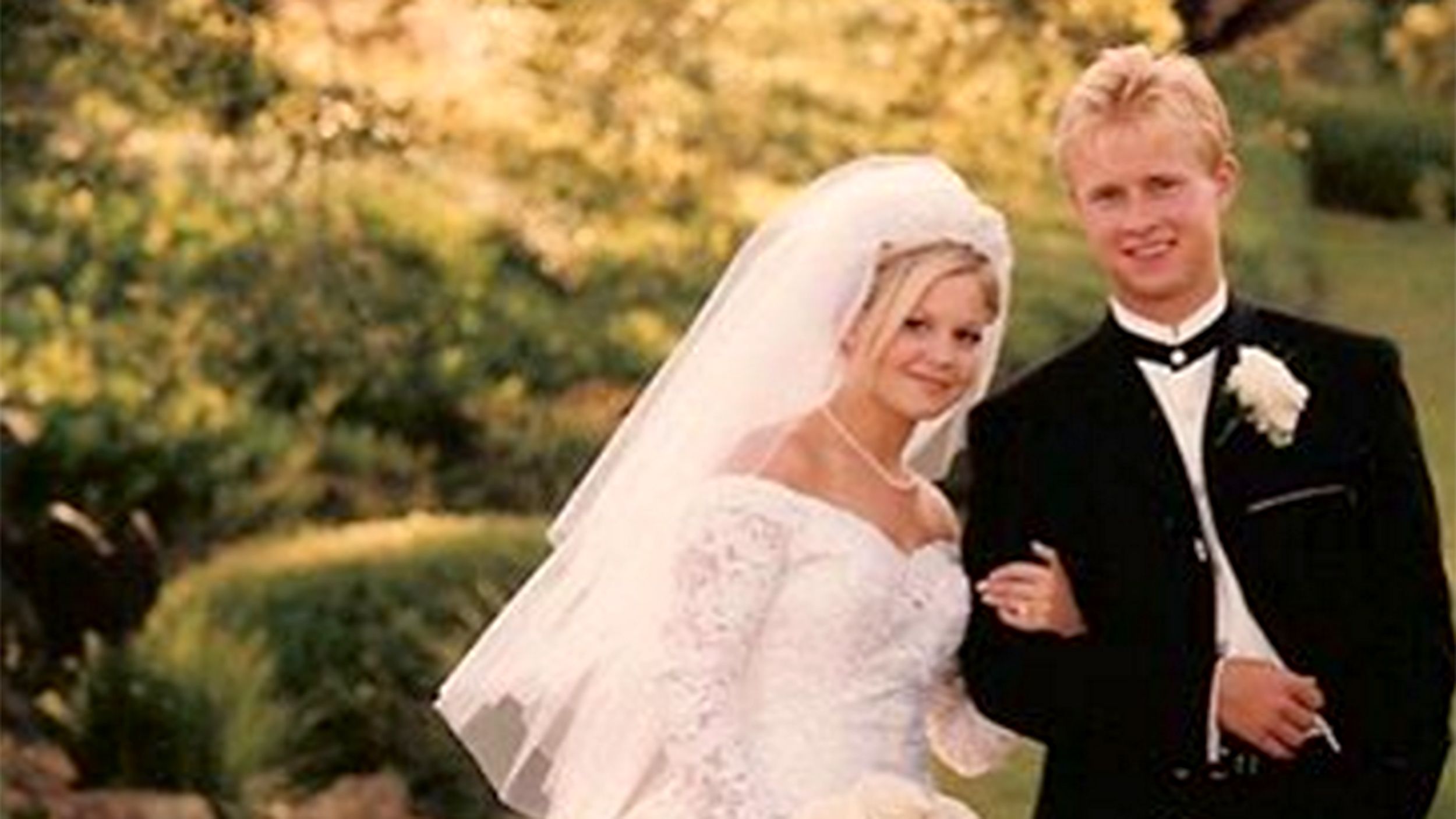 Valerie Bure and his wife Candace Cameron on their wedding SOURCE: Pinterest

They have three children together: a daughter named Natasha born in 1998, and two sons Lev born in 2000 and Maksim born in 2001. They live in California and run Bure Family Wines in Napa Valley, California.

Valeri Bure was born as Valeri Vladimirovich Bure on June 13, 1974, in Moscow Russia. He was born to parents: father Vladimir Bure and mother Tatiana Bure. He has a brother Pavel Bure and a half-sister from his father's side Katya Bure.  Bure was brought to America in 1991 when he was very young with his father and brother Pavel who is also an Ice-hockey player.

The main reason to move to North America when Pavel joined the Vancouver Canucks, National Hockey League (NHL). His mother joined them in Los Angeles, America two months later. The duo brothers were guided on hockey and physical conditioning from their father Vladimir but they separated from their father when he got attached to another woman.

Valeri played 3 games in Soviet Championship League with HC CSKA Moscow as a junior before leaving Russia. Upon his arrival in the US, he was promptly selected by Spokane Chiefs of the Western Hockey League (WHL) a year before Canadian Hockey League and had himself an import draft. He became the first Russian player in the League's history.

Valeri stayed playing for 3 seasons in the WHL from Spokane Chiefs as a junior player. He scored 298 points for the club and stands fourth on the Chiefs' all-time scoring list when he left.

He moved to Montreal Canadiens in 1994 as a professional. He spent his first season 1994/95 with Montreal's American Hockey league (AHL) affiliate: the Fredericton Canadiens. He stayed 3 more years with the Montreal Canadiens playing in the NHL till 1997/98.

Calgary Flames signed him up and he got transferred in 1997/98 from the Montreal Canadiens in-between season and he played for 4 seasons representing the club from 1997 to 2001.

Afterward, when he became a 'restricted free agent' he played for Florida Panthers in 2001/02 and 2002/03 season and also later in 2003/04.  He had been having injuries since 2001 when he came to Florida Panthers and two years later when he was again in the same club he played in defense line along with Mike Monado and Jere Lehtinen. He played for St. Louis Blues in 2002/03 for a season, and Dallas Stars in 2003/04.

An 'unrestricted free agent' since 2004 he did not play for a year because of NHL season cancellation that year. He later played for Los Angeles Kings as a last-time professional in season 2005/06 but not as a regular-season player.

His international game was all from Russia. He has played representing Russia in the 1994 World Junior Championship. He was the lead scorer when his country brought home Bronze. Later the same year he also played at the 1994 World Championship (senior).

He appeared in the World Cup of Hockey in 1996, and later in the 1998 Olympic Games. He played along with his brother Pavel Bure and had to satisfy with Silver when Dominik Hasek of the Czech Republic shut out the Russian team.

He also represented Russia for the last time in 2002 Salt Lake Games, Winter Olympics even when he already had gained an American citizen in 2001.