Gossip Ty Jerome's Net Worth As Of 2022: Contract Detail

Ty Jerome's Net Worth As Of 2022: Contract Detail

An athlete's life remains on the whim of the club and teams they play for, and recently, Ty Jerome moved to another NBA family. Besides wealth, Jerome found massive success playing for Oklahoma City Thunder for two years. Likewise, his contract with the said team was very lucrative for the young basketball player. However, on September 30th, 2022, Ty's time with the Thunders ended.

When one door closes, another opens, so Ty found a new team on October 4th, 2022. Like his deal with the Thunder, the new squad gave the talented athlete an enticing contract, and Jerome had to say yes. And since then, the New York native joined Golden State Warriors. Despite his signing to the Warriors being a public event, the details about the ordeal remain hidden from the fans. And here, we present you with some of the information that came to light.

Ty Jerome and his new deal increased his net worth exponentially!

To an athlete, the most important thing would be growing in the sport they love, and they want to join a team that helps them grow. But, at the right time and with the right team comes the benefit of earning vast wealth! And Ty Jerome found his opportunity with the NBA team Gold State Warriors. And yes, from his new contract with the Warriors, Ty will earn multi-million as his salary in a year. 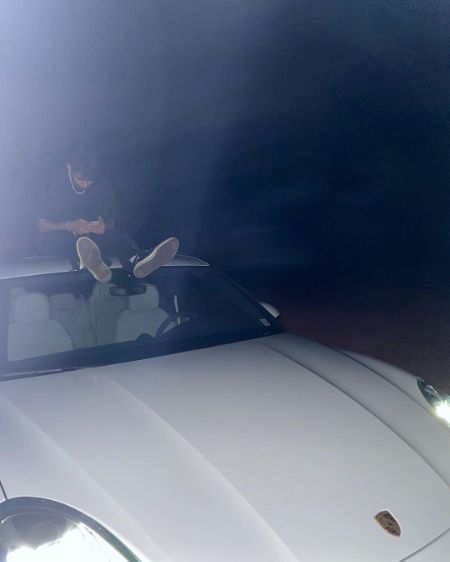 Ty Jerome took a picture while sitting on the roof of his car. SOURCE: [email protected]_

Standing at 6'5", Ty currently holds a rough estimation of $5 million as his net worth as of 2022. Likewise, most of Jerome's assets come from the salary he earns as a basketball player. Wages aren't the only way athletes earn money; they also make millions through endorsement deals. But no brand has offered a sponsorship deal the Ty for now.

While playing for the Oklahoma City Thunder, Ty earned around $2.3 million from 2020 to 2021. Also, in his final year with the Thunder, the talented NBA star earned approximately $2.4 million at the end of his run with them.

When Ty Jerome joined Oklahoma City Thunder, the team offered him a five-year contract. However, the Thunder waived Jerome on October 1st, 2022. Likewise, a day before the Thunder ended their contract with Ty, he was traded alongside Derrick Favors, Maurice Harkless, and Theo Maledon. 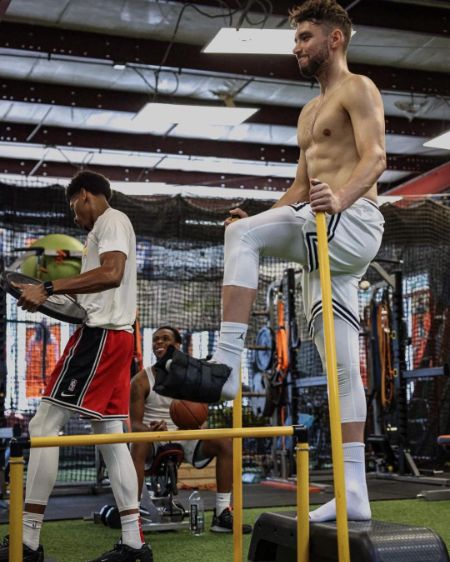 Although the start of his career with Oklahoma's NBA team was strong, a series of injuries hindered Ty's career. On March 8th, 2022, Jerome underwent a successful sports hernia surgery. And since the medical operation, the New York native basketball start stayed out of the 2022 NBA season. Although the medical personnel cleared him to compete, Jerome missed seven games following the medical procedure.

Ty only played in forty-eight matches in the 2021-2022 season. And so Oklahoma City Thunder might have felt to cut their losses and end their contract with Jerome. And by October 2022, the NBA and their point guard parted ways.

A couple of days after the Oklahoma City Thunder waived Ty Jerome, Jerome became a member of the Golden State Warriors. And the athlete managed to gain a two-way contract with his new team. Likewise, Ty will probably play for the NBA and G League for the Warriors in 2022-2023. Ty Jerome was playing for the Oklahoma City Thunder during the time of this picture. SOURCE: [email protected]_

Ty keeps the nitty-gritty part of his contract away from the fans' eyes. However, according to various sources, the NBA star in his mid-20s earned millions from the new deal. Likewise, the Warriors offered him around $4 million as his annual salary.

However, Ty's contract with the Worriers is only for a year. And as a result, Jerome will be a restricted free agent after the 2022 NBA season ends in 2023. Yet the offer to extend his stay with his new team may come after the season ends.

Like many athletes, Ty Jerome began his athletic journey at a young age. And Jerome found his talent for basketball in high school. With his tall height and agility became a member of Iona Preparatory School, or just Iona Prep! 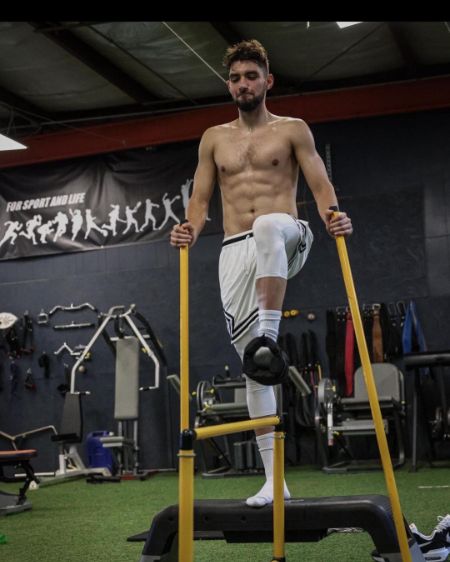 After graduating high school, Jerome kept playing the sport. Eventually, he landed a slot at the University of Virginia. And Ty played on the college team till he graduated in 2019. And since his college basketball career ended, Jerome was drafted into the NBA team by the end of 2019.