Lovelife of celebrities and athletes has always been under the watchful eyes of the media and the fans, and so has the love life of Ty Jerome on the mind of many people. Although Jerome leads a life in the forefront of the spotlight, his personal life does remain somewhat hidden from the fans. And his recent transfer to a new team pushed Ty into the center of the limelight.

After leaving his old team, Ty joined the Golden State Warriors. And since then, the American basketball player has been in the news for a reasonable time. Likewise, Jerome leads his profession at the forefront of the media. Yet, the basketball player likes to live out his love life away and out of sight.

Ty Jerome has dated a girlfriend since college!

Much of the life of NBA star Ty Jerome stays out of the fan's reach. However, there was one public relationship; Ty and his partner at the time dated for a while. Jerome was in a relationship with a lady named Alex Marquis. 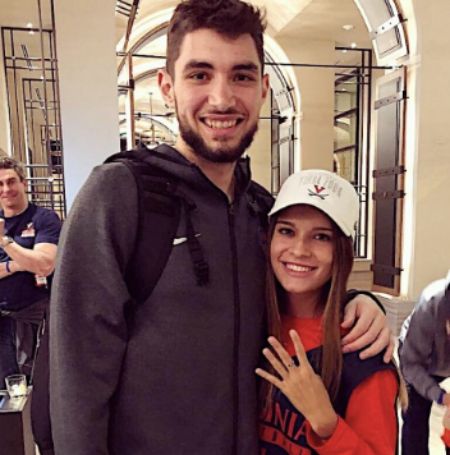 Ty Jerome has dated a girlfriend since college. SOURCE: Heavy

And similar to Ty, his partner, Alex keeps herself away from the limelight. Besides, Marquis was in the UVA, graduating in 2020. Jerome and Alex started dating during their college days.

Marquis, coming from the white ethnicity, she and Ty dated for several years. Jerome and his girlfriend at the time kept a public relationship. However, things for the couple didn't work out.

As of 2022, Ty Jerome removed most of his pictures on Instagram, including those he took with Alex Marquis. Likewise, Marquis, on the other hand, keeps her Instagram in private settings. Much of their love affair remains hidden for now. And with the silence of both Marquis and Ty, many fans of Jerome assume they broke up. 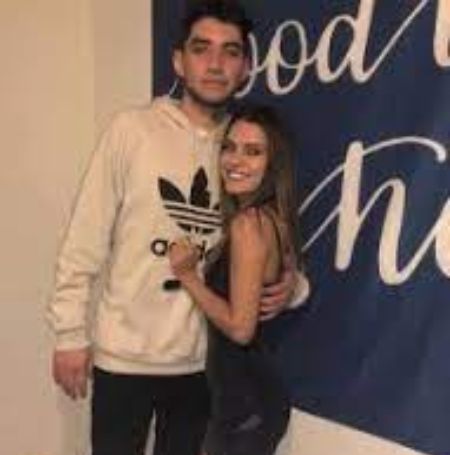 After leaving the spotlight, Alex keeps her personal life away from the public. And besides her info found on Facebook, Marquis' current whereabouts stay a complete mystery. Similarly, Ty appears to be keeping his personal life out of the limelight since 2020.

And given how much Ty and his partner Alex keep their affair out of the spotlight, currently, Jerome is said to be single. Likewise, the talented NBA star focuses on his career rather than finding a new lover. As such, presently, the basketball star appears to be single. Speaking of career, after his contract with Gold State Warriors, Jerome will be a restricted free agent in 2023.

Jerome's girl was a Vergina Native?

Yes, Alex Marquis was born and raised in Oakton, Vergina. Likewise, she met her celebrity boyfriend at the University of Vergina. However, much about the ex-girlfriend of Ty Jerome stay hidden from the public reach.

Like her college, Alex attended her school in Oakton High School in her hometown. But, most of Marquis's early life stay out of public reach. Similarly, the basketball star's ex-lover keeps her family from the limelight.

Aside from her college and high school, Marquis keeps the rest of her info out of her social media. And as of 2022, her Facebook account stays dormant, and her Instagram profile is set to private.

Ty's finding more success on the professional scene than in his love life!

Ty Jerome suffered multiple injuries in early 2019 and 2020. But now, after a successful sports hernia surgery, Jerome started putting all his efforts into returning to the game. However, he'd be waived from the Oklahoma City Thunder after the medical procedure. 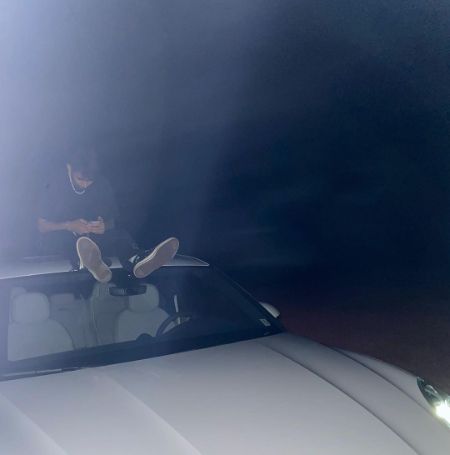 Ty Jerome took a picture as he sat on the roof of his car. SOURCE: [email protected]_

But as they say, there's an opportunity in everything; as he left the Thunders, Golden State Warriors extended their hands to Ty. And within a week, Jerome was under the banner of GSW, and with the two-way contract, he is also playing under the NBA G League Santa Cruz Warriors.

Likewise, the team offered Ty a very enticing offer. And from which Jerome is said to earn millions a year. Also, as of 2022, Ty from the Golden State Warriors owns an estimated $3 million as his net worth. But the point guard keeps his owned properties hidden from the world. But, from one of his Instagram posts, fans know Ty owns a luxurious white car.