American golfer, Troy Merritt has two titles from his PGA Tour, the Quicken Loans National, and the Barbasol Championship.

Merritt was born in Osage, Iowa on October 25, 1985, and was raised in Boise. He played high school golf at Spring Lake Park (Minnesota) and the collegiate at Winona State University, Minnesota. He later moved to Boise State University. He was the first team All WAC for Boise State. His folks were school teachers.

Merritt turned professional in 2008 and a year later on September 6, 2009, won his first Nationwide Tour, the Mexico Open. On December 7, 2009, he became only the third golfer to medal at the PGA Tour Qualifying Tournament by leading after every round. 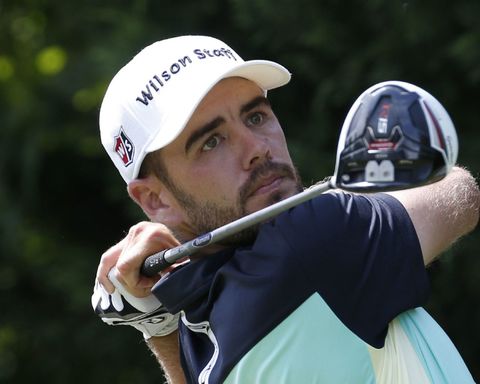 Troy Merritt received a purse of $1,206,000 after winning the Quicken Loans National in Gainesville in 2015.  SOURCE: PGA

The next year, he finished 125th on the PGA Tour, earning the final spot to retain a tour card. On April 17, 2015, he matched David Frost's Heritage Classic record by hitting a 10 under par 61 - doing so after Jordan Spieth recovered from an opening-round 74 to shoot 62. The Iowa native got his first PGA Tour title at the 2015 Quicken Loans National where he set a record with a 61 in the third round and held off all challengers to win by three shots at 18 under 266. His second PGA Tour title came at the 2018 Barbasol Championship where he started with a 62 and a final round 67 gave him a one-stroke victory.

Know Who won the Masters Tournament in 2021

While it's hard to come up with a definite number (for Merritt's net worth) due to his undocumented purses payout (most of them), sources have landed on an estimate that they believe is close. 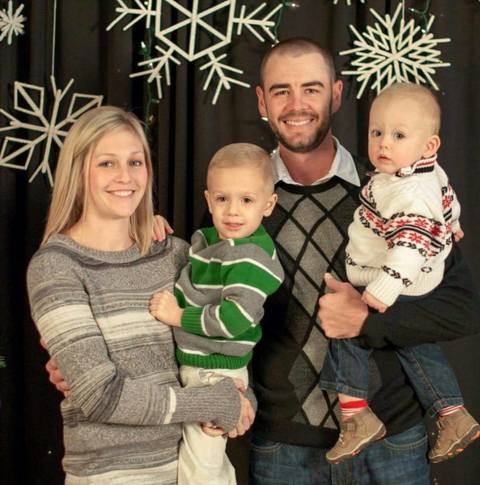 Troy Merritt with his wife, Courteney, and sons SOURCE: Facebook

To date, he has participated in 248 PGA Tour events and has managed to rank himself in the payouts for a total of 129 times. CBS reports, his combined earnings from those tournaments have grossed a little over $10million. His 2021 revenue from golf was seen spiking beyond $700k. In 2015, he earned his career-high purse, $2million plus a few grand.

That's all that has ever been reported about his purses value. However, it's still a little trickier to project the exact net worth of Troy Merritt. Nevertheless, it can be considered (yet roughly) he sits atop a fortune worth over $5 million.

Who Is Troy Merritt's Wife?

Merritt is married to Courtney Achter with whom he shares two sons, Dodge and Scout. Achter is a former gymnast at Broncos State University in Boise, Idaho. The couple married on March 13, 2010, at Casa Ybel Resort on Sanibel Island. 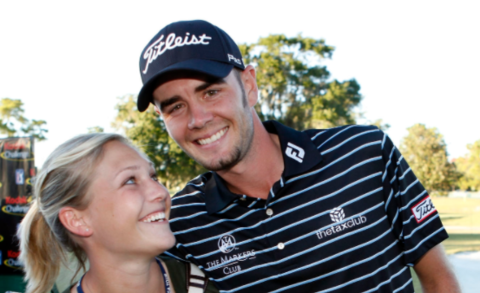 Troy Merritt celebrates his Kodak Challenge win on the 17th hole with his wife Courtney at the Children's Miracle Network Classic on November 14, 2010  SOURCE: Getty Images

In an interview with the PGA Tour in October 2014, Achter said her husband's dream from the beginning was to be a professional golfer - something that he had said to her on their first date. Merritt proposed to Achter on Table Rock, a hiking trail located in Boise, Idaho.

"I turned around and there he was and I was like, oh my gosh you would do like this, but it was awesome," said Courtney retelling the time when Troy had asked her to marry him. The couple resides in Boise, Idaho.