How Much Is Trevin Jones' Net Worth In 2021? UFC Career Earning 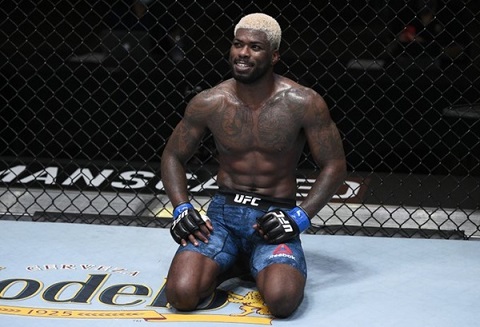 Also, Jones has earned a good deal of money fighting at other promotions before signing to UFC which is not public. Outside the ring, there is endorsement and sponsorship.

A well-recognized MMA celebrity, Jones has a good fan base who are eager to know the fighter's love life. But Jones on the other hand has always lived a low-key life. His love life is only known by his close one. It's clear that Jones does not want his private life to be an open book and judged by others. Since. there is no confirmation, Trevin Jones is believed to be single.

Then he went on to compete at TOP FC, making his first appearance for the promotion on 9th December 2017, where he faced Jae Hyun So at Top FC 16. He won the fight via TKO. however, he lose the following fight at TOP FC 18 against Young-Jin Hwang via split decision.

On 22nd August 2020, Jones made his UFC debut at UFC on ESPN: Munhoz vs Edgar, fighting against Timur Valiev. Originally, Jones won the bout but overturned after he tested positive for marijuana.

On 6th March 2021, he faced Mario Bautista at UFC 259, defeting Bautista via TKO in round 2. At UFC on ESPN: Cannonier vs. Gastelum, Jones was defeated by Saidyokub Kakhramonov via technical submission on 21st August 2021.