Travis Hunter is an American football wide receiver and cornerback who is currently in senior year at Collins Hill High School as of 2021. The 6-foot, 170-pound prospect has gained huge popularity for years with his viral football actions.

A phenomenal talent at both wide receiver and defensive back for Collins Hill High School, Hunter led the Eagles to get to the state championship game in 2020.

Hunter is rated on the 247Sports Composite for the 2022 class as the state’s top junior, the nation’s No. 2 cornerback, and the No. 4 overall recruit for his cycle.

In March 2020, he committed to Florida State University. Further, he took visits to Georgia on 2 October 2021 and 16th October 2021 to see the Bulldogs in action.

Later, he deleted all Florida State-related IG posts and headed to Jackson State.

Atlanta Area native, Travis Hunter is reportedly 18 years old. He holds an American nationality and is of Afro-American ethnic background. 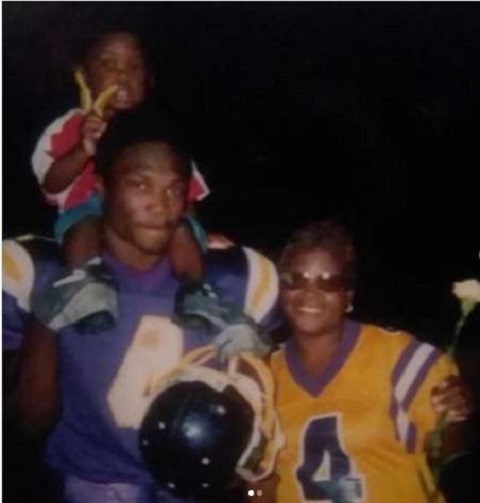 We Ain’t Get Here Easy Trust Me They Sacrificed A Lot For Me To Be Where I’m At. #pops #grandma SOURCE: Instagram @db3_tip

His dad is a former American footballer.

As a matter of fact, high school athlete does get paid or have a salary representing their school team. For sure, Travis Hunter has earned huge fame from his high school football career but not money.

247Sports evaluation projects Hunter as a future first-round NFL Draft pick. Further, it lists his player comparison as Charles Woodson. If as goes per projection, we see his career in NFL as very bright. The NFL player makes no less than the seven-digit figure per annum.

There is no information available regarding Travis Hunter's love life, not even his relationship status. His socials only feature his football and solo posts. He has dropped no hint about his girlfriend. As of now, the American football player is believed to be single.