Travis Dermott is a Canadian professional Ice-hockey player who plays in the National Hockey League (NHL). As of 2019, Travis Dermott currently plays for the Toronto Maple Leafs as their Defence.

Dermott reportedly earns around $925,000 as his yearly salary from Toronto Maple Leafs. Further, he has an estimated net worth of over $300 thousand. Reportedly, he is in a romantic relationship with his girlfriend Nicole Aloise.

Travis Dermott was born on December 22, 1996, in Newmarket, Ontario, Canada to parents Jim Dermott and Paula Dermott. As per his nationality, he is Canadian and belongs to the White ethnic group. Further, his star sign is Capricorn.

Before becoming a professional, Dermott was rated as a top prospect in the 2015 NHL Entry Draft and was projected as a possible first-round pick.

Travis Dermott Net Worth and Salary

Further, the NHL player has an average salary of $925,000 annually while his fellow defenceman Nikita Zaitsev earns $4,500,000 as an annual salary. Travis Dermott so far has made earnings of $488,716 from his entire NHL career while Shea Weber is one of the all-time highest earners of NHL with the overall career earning of $108,831,000.

Thanks to Pfaff Audi in Newmarket for hooking me up with this sweet ride! #audination

Further, he is passionate about luxurious cars and has the collection of the renowned brand, including Pfaff Audi.

Travis is not married but reportedly, he is in a romantic relationship with his girlfriend Nicole Aloise. Apart from the pictures, there aren't many details about his future wife in the media yet. 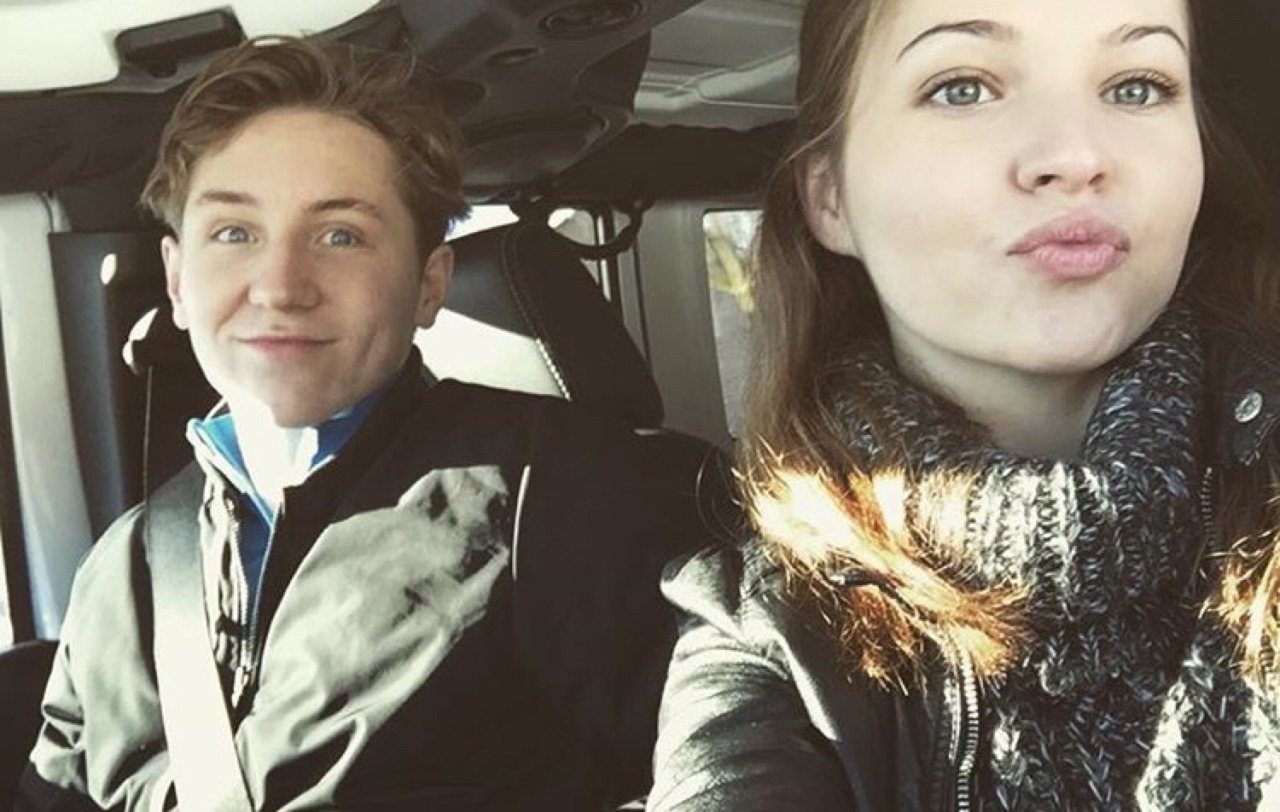 Exploring his social media account, he is happy to be committed to his girlfriend. Further,  he frequently posts pictures of him along with his girlfriend in his Instagram Account.

Additionally, Travis is not involved in any rumors regarding his past affairs, girlfriend, and relationship till date. Talking about his body measurement, the Famous NHL star is 6 ft 0 in (183 cm) in height and weighs around 215 lb (98 kg; 15 st 5 lb).

Travis, who was considered as a hot prospect was selected by Toronto Maple Leafs in the 2015 NHL Entry Draft (34th overall).

Dermott was signed by the Maple Leafs on a three - year entry - level contract on 22 July 2015. Dermott joined the Toronto Marlies for the 2016 Calder Cup playoffs after the Otters were swept from the OHLs Western Conference final.

After scoring one assist in two games, he was sent back to the Marlies on January 11, 2018. Dermott was recalled on January 15, along with fellow Marlies player Frédérik Gauthier. Additionally, Dermott started season 2018 -19 with the NHL's Leafs.

Currently, he is playing along with his star team-mates Kasperi Kapanen, Connor Brown and many more.