Antony Rafiq Khan, better known as Tony Khan is an  American businessman and sports executive well recognized for his involvement in American football, professional wrestling, and soccer. e is the co-own of the Jacksonville Jaguars of the National Football League (NFL) as well as the  Fulham F.C. of the EFL Championship. Besides, he stands as the founder, co-owner, president, and CEO of the All Elite Wrestling (AEW) promotion.

Son Of A Pakistani Billionaire

Tony's father, Shahid Khan is a Pakistani-American billionaire businessman and sports tycoon. His mother, Ann Carlson is a white American. He grew up alongside his sister, Shanna Khan. 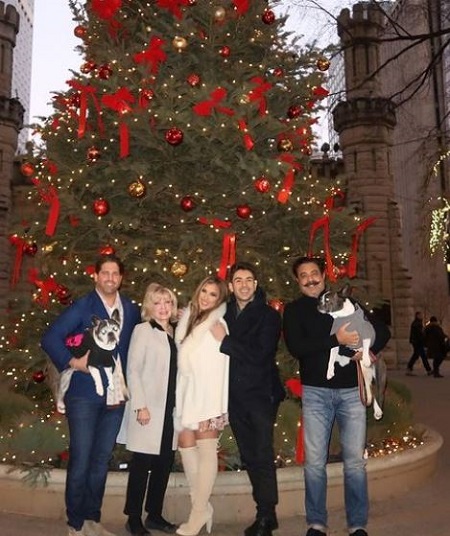 Tony enrolled at the University Laboratory High School, graduating in 2001. Further, he earned a Bachelor of Science degree in finance from the  University of Illinois at Urbana-Champaign in 2007.

He started his career in NFL in July 2012 joining the Jacksonville Jaguars as co-owner where he is Senior Vice President of Football Technology & Analytics. In soccer, he is co-owner and Vice Chairman/Director of Football Operations of Fulham F.C. joined in February 2017.

In the fall of 2018, Tony was confirmed to be a new professional wrestling promotion, All Elite Wrestling (AEW) where he and his father, Shahid Khan, are the promotion's lead investors.

AEW was officially announced on 1st January 2019, with its first event, Double or Nothing, which was held on May 25, 2019, at the MGM Grand Garden Arena in Las Vegas, Nevada. Khan serves as President and CEO of AEW.

Besides, Khan is also the owner and chairman of TruMedia Networks.

Complete details about Tony Khan's finances are not available, making it difficult to estimate the AEW President's actual wealth.

Starting with an initial $100 USD investment from his father, Tony has been amassed a $175 Million 4-year deal with WarnerMedia to air Dynamite. Further, Khan has made a risky 8-figure investment in video games that will keep the promotion at a loss for now.

Though public figure Tony Khan's love life is completely under the shade. There is less to no information revealed about his relationship or girlfriend. Seems like Khan is yet to find the love of his life.

If there has been someone, she must appear in Khan's family photos at events. Hence, it is believed Tony Khan is single.