Sometimes an athlete comes from a family of sports stars, and such is the case for Tony Finau. Not only in golf, but Finau's family is also linked to the NBA and NLF too. One of his cousins, Jabari Ali Parker, plays for the Boston Celtics. Another of his cousins, Haloti Ngata, played for Baltimore Ravens in the past. And following his footsteps, Gipper Finau joined the golfing world.

Before hitting his mid-30s, Tony succeeded in his career and personal life. And throughout his career, Finau earned millions of dollars as a golfer. Financially stable, the American golfer and his loved ones live a lavish lifestyle. And as the top player in the Houston Open 2022, Tony bagged millions as his win.

Love is something that no one can calculate or anticipate, and the American golfer Tony Finau was smitten by his now wife on New Year's Eve of 2010. Tony and his spouse, Alayna Finau, first locked eyes while Alayna was visiting her family in Utah. 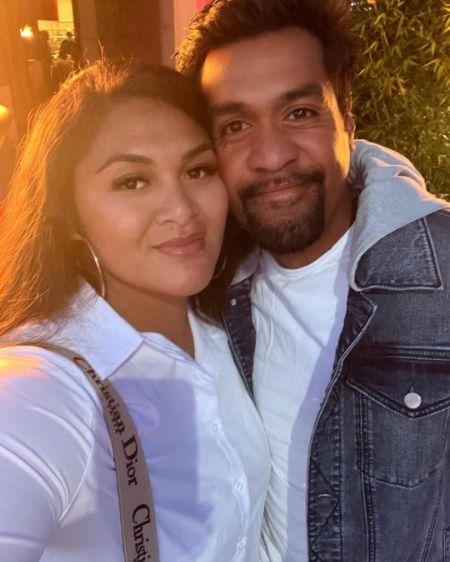 Although Alayna was interested in Tony, she did not know who and what he did. But after months of dating, Finau told his then-girlfriend about himself and his profession. The truth about him probably blew her mind, though things for the couple went smoothly.

Finally, after dating for years, Tony proposed to his then-girlfriend. And in May 2012, Finau became the happiest man on the planet. He and Alayna married in a private wedding.

Tony and Alayna welcomed their first child a year before their big day! 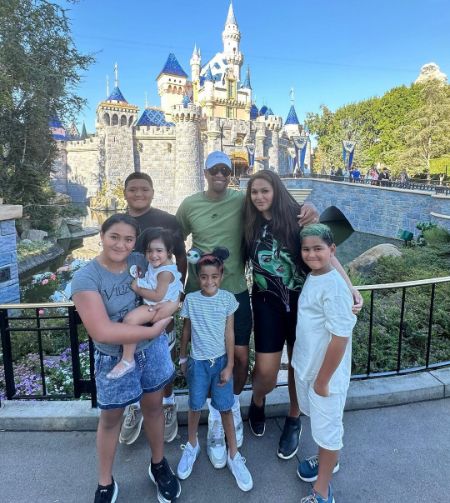 During their time as boyfriend and girlfriend, Tony confessed to his partner that he wished for a large family. And within a year of their wedding ceremony, Tony's wife gave birth to their second child, Leilene Aiaga Finau, in 2012.

A few years after Leilene's birth, her parents welcomed yet another child. In 2015, Alayna gave birth to Tony Finau Jr. The duo had their fourth kid Sage Finau in 2016.

Half a decade later, Tony and his wife gave birth to the youngest member of their family. In July 2021, Alayna gave birth to Sienna-Vee Finau.

The sun always shines for the Finau!

Over the years, Tony Finau and Alayna Galea'i-Finau led successful married life. No news about the duo's breakup ever came to light. Similarly, even after a decade of married life, Tony and Alayna keep themselves away from any scandals.

Despite living in the forte of the spotlight, Tony kept his love life before his beloved Alayna hidden. As such, the names of his ex-girlfriends stay in the dark. And even today, the American golfer remains loyal to his wife.

As one of the top golfers in the United States, Tony Finau amassed massive wealth. And as of 2022, Finau owns an estimated $13 million as his net worth. And given how much a top brace golfer earns, that's pretty tamed—the wealthiest golfers in 2022 own hundreds of millions in net worth. 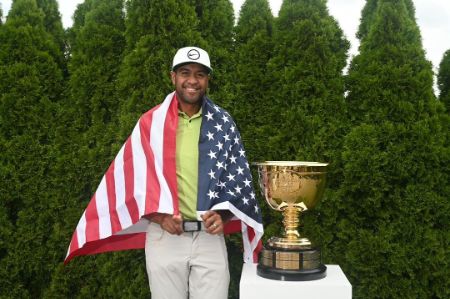 Tony Finau holds millions as his net worth, and 2022 has been a terrific year for the American golfer's career. SOURCE: [email protected]

Finau tasted his first major win in 2006 when he won Utah State Amateur Championship. At the age of 17, Tony opted to become a pro-golfer. And in 2013, the American Golfer competed on PGA Tour Canada. And the following year, Tony won his first-ever professional title at the Stonebrae Classic.

Recently, the talented golfer won the Cadence Bank Houston Open. Likewise, Tony bagged the $1,512,000 winner payout. And the Houston Open had a total of $8.4 million purse.

Over the years, Tony earned a whopping $34 million.

Throughout his career, Tony Finau won a total of five PGA Tours. Tony's first significant win occurred at Puerto Rico Open on March 27, 2016. And the purse of the said PGA is around $3.7 million.

Finau finally won his FedEx Cup Playoff Event in 2021. Tony's most significant moment was bagging The Northern Trust on August 23, 2021. And the payout of the said event was $15 million.

Tony found the most success in the year 2022. Finau bagged three PGA events in the said year. Firstly he bagged the 3m Open. The American golfer won Rocket Mortgage on July 31, 2022. And lastly, Finau won the Houston Open against Tyson Alexander.

Tony has won the Presidents Cup twice. Firstly, Finau became the victor of the 2019's tournament. Again in 2022, he became victorious in the 2022 Presidents Cup. And through all these PGA events mentioned above, Tony bagged well over a million dollars in every one of the golf events.

Besides the paycheque from the tournament wins, a golf player also draws the income from sponsorship deals. And Tony Finau earns a massive fortune from his contract with Nike and other brands. 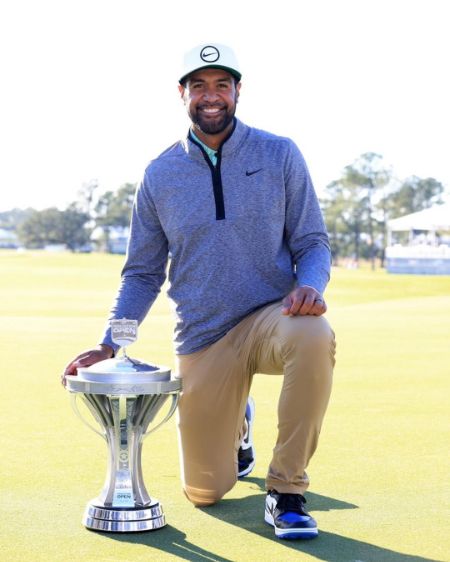 As per the contract, Finau will continue to wear Nike products on all of his tours. Similarly, the talented American golfer will only use Ping equipment. And over the years, he also promoted Hyperice massager on his Instagram.

Given how big the brands that sponsor Tony are, the talented golfer may be pocketing a massive change as his fee. However, the exact amount that Finau receives stays hidden from the world.